The Standard Model was formulated over several decades, from the mid 1930s to late 1970s. It essentially describes all of Nature, excluding Gravity, whose effects at microscopic levels can be generally neglected. Over the years, it has survived the most severe and rigorous experimental tests and has thus gone on to become a cornerstone of Modern Physics. However, fresh data obtained at the LHCb Experiment at CERN points towards a violation of one of the predictions of the Standard Model. These results hint towards a completely new realm of Physics, proving our current understanding of Nature to be incomplete.

One of the striking features of the Model is the utter simplicity in the way it explains Reality. This is one of the reasons it is considered the biggest achievement of 20th century Physics. The exuberant variety of natural phenomena are encapsulated in mere 17 particles, which are further divided into two sets- the fermions and the bosons.

The first category, Fermions, consist of the 12 matter particles. They have mass and come together to form all the physical objects. The first step towards the discovery of these particles was the realization that neutrons and protons are not fundamental particles of Nature. They are formed by simpler particles called Quarks. Further research showed that quarks come in six different flavors, physicists’ fancy name for different types of particles, namely- up, down, charm, strange, top and bottom (grouped together as Hadrons). Other examples of fermions include electrons and the weakly interacting neutrino, which fall under the category of Leptons.

One very important and mysterious feature of this class of particles is that they seem to exist in families. For example, two other fermions, muons and tau have identical properties as that of the electron except for the fact that they are heavier. Thus, these three form a family in the Standard Model. Similar families exist for the quarks and neutrinos as well.

However, it is important to note that Nature does not fundamentally distinguish between particles belonging to the same lepton family. If a certain natural process involves, say, an electron, we may as well substitute it with a muon and nothing would change. This principle is known as Lepton Flavor Universality.

All the fundamental forces of Nature are represented as force carrying particles in the Standard Model.  The electromagnetic force is communicated by photons, Strong-Nuclear force by Gluons and the Weak-Nuclear Force by Z and W+- bosons. The most exotic particle among these is Higgs boson. It interacts with all other particles to "generate mass". That is to say, the stronger a particle's interactions are with the Higgs, higher is its mass.

With the exception of W bosons, the rest of bosons are charge-less, unlike fermions which invariably carry some charge. Thus, the most unique and intriguing case is that of the W+ and W- bosons. They are described as antiparticles of each other. This implies that they have identical properties such as mass, spin etc. except their electric charge, which is opposite. Such pairs exist for all Fermions as well. Electron-Antielectron (also called Positron), Up quark-Anti-Up quark and so on.

Antiparticle pairs undergo an exceptional interaction. When a particle comes in contact with its anti-partner, they annihilate. That is to say- the two particles come together and dissolve into pure energy. This extraordinary process is of fundamental importance to the Standard Model as it helps keep in agreement with Einstein’s Energy-Mass Equivalence Principle(the famous equation, E=mc2) because with antiparticles, energy is readily generated from interactions between massive particles and vice-versa.

Thus, these 17 particles along with their anti-partners act as the fundamental building blocks of Nature. They form everything that we see around us. Since the late 20th century, numerous experiments have been conducted to check the validity of this model, each verifying the predictions of the Standard Model, culminating with the discovery of the Higgs Boson in 2012 at the Large Hadron Collider, at CERN, Geneva.

Despite the astounding success of the Standard Model, physicists have reasons to believe that it is not the complete description of nature. The foremost is that it doesn't include Gravity and is therefore, not applicable on cosmological scales. Also, there are several theories which predict particles other than those listed in the Standard Model. Due to these reasons, experimentalists continue to check the precision of its predictions at increasingly high accuracies to get hints at some shortcomings of the Model.

Large Hadron Collider, the world's most powerful supercollider, is well suited for this task. It has a circumference of 27km, around which, counter-rotating beams of protons are accelerated, guided by superconducting magnets, to velocities as high as 299,792,455 m/s (just 3 m/s less than the fundamental limit of speed of light- c=299,792,458 m/s).

These fast moving proton beams are made to collide at four different points housing particle detectors, one of which is the LHCb.

The LHCb (Large Hadron Collider beauty, named after the beauty quark) Experiment collects information about various particles formed to to this high energy collision and studies their behavior by analyzing the data obtained.

Physicists working at this experiment have been studying the decay of the beauty quark. This process can happen in two ways, one producing an electron and the other producing a muon.

As discussed above, lepton flavor universality dictates that neither process should be favored and equal number of electrons and muons should be produced. However, latest data suggests a deviation from this with more electrons being produced than muons. This result has statistical significance of 3.1 sigma. This is a measure of the standard deviation of the data set. Higher the sigma value, lesser is the chance that the new results are mere blips in the data.

These results could potentially have a huge impact on future research in Theoretical Physics. Physicists have long considered the Standard Model to be incomplete. The search for Physics beyond the scope of the Model has provided several candidates to replace it as the best physical theory we have. However, no experimental evidence has ever been found to support these theories.

In Physics, the statistical standard required to confirm a new discovery is 5 sigma as it has often been found that deviations having statistical significance of close to 3 sigma have been found to be ruled out after collecting more data.

Further experiments will be carried out across the world and at CERN to check these new results. If confirmed, this will be the first proof of ‘New Physics’ beyond the Standard Model and the demise of the best theory of Nature that humankind has ever produced. 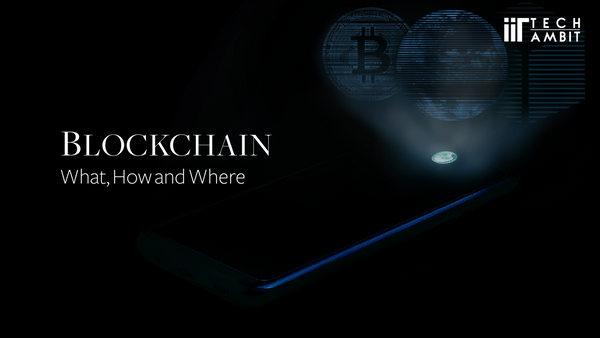 While diving into the world of banking, investing, or cryptocurrency, one must have heard the term “blockchain”, the record-keeping technology behind the Bitcoin network. 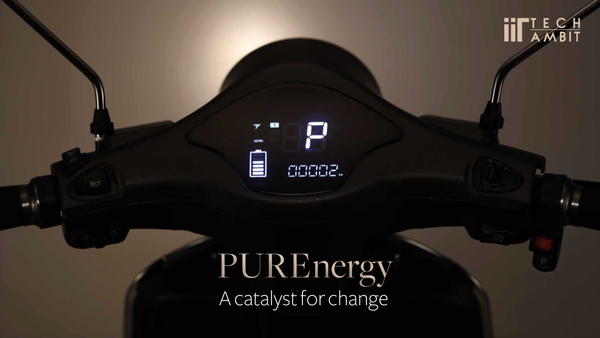 A deep dive into how an IIT Hyderabad incubated startup became a pioneer of sustainable development, through cutting edge developments in electric vehicles and in energy storage.