Lasers have become a household name due to their usage in many “ordinary” devices in our lives. However this was not always the case and this is surely not their true capability. A brief history of their discovery and a juxtaposition of their past usage across the globe with the future of their use, specifically at IIT Hyderabad, is what this article aims to cover.

A laser is a device that emits light through a process of optical amplification based on the stimulated emission of electromagnetic radiation. What differentiates a laser from normal light is that the light wave composing a laser is coherent.  Lasers were theorized by Charles Hard Townes and Arthur Leonard Schawlow and were brought into existence in 1960 by Theodore H. Maiman.

Lasers were a revolutionary invention. A list of their influence across various fields is quite long. Moving beyond their use in everyday appliances, their utility in exploring the extremities of molecular interaction is worthy of thought and discussion, while also being their intended use. Since they are composed of electromagnetic waves, they allow us to interact with charged matter with tremendous precision. This discovery won a Nobel Prize, which does not begin to describe the repercussions they had in the field of physics.

Temperature is linked innately to the random motion of particles. It had been theorized that slowing down this motion to non existent limits would yield temperatures nearing absolute zero. Soon after their discovery, lasers became the tool of choice to turn this into reality.

The process by which lasers cool and trap neutral atoms is best described in layman language by William D. Phillips (winner of the Nobel Prize in Physics in 1997) in his Nobel Lecture, quoting Arthur Ashkin as :

“He described how one might slow down an atomic beam of Sodium using radiation pressure of a laser beam tuned to an atomic resonance. After being slowed, the atoms would be captured in a trap consisting of focused laser beams, with the atomic motion being damped until the temperature of the atoms reached microkelvin range”

These super cooled atoms move like a thick liquid, and hence were termed Optical Molasses. In the experiment conducted in 1985 by Steven Chu (who shared the Nobel Prize with William D. Phillips and Claude Cohen-Tannoudji), Sodium Atoms were super cooled and “captured” at an intersection of 6 laser beams. The temperatures reached were around 240 microkelvin, corresponding to a speed of 30 centimeters per second. To put that into perspective, the atoms and molecules of which air is composed of move at a speed of about 4,000 km/hr (Over a thousand meters per second) at room temperature.

The properties of atoms so trapped can be studied with great accuracy. Even their inner structure can be viewed and studied. The development of this method opened new doors for the study of the interplay between radiation and matter. In particular, they opened the way to a deeper understanding of the quantum-physical behavior of gases at low temperatures.

In time, laser cooling became the cause of many modern scientific discoveries and technological advancements, including the observation of a new state of matter, the Bose–Einstein condensate. an account of how they are driving scientific exploration is what follows.

With the rapid development of the technologies based on these theories, lasers have become an irreplaceable tool in the modern engineer’s/scientist's arsenal. As hoped and predicted by the scientists during the dawn of this technology, lasers play an invaluable role in the study of matter today. Here at IIT Hyderabad, Dr. Vandana and her team have been leading these efforts in the institute.

In her recent work to study the Hindered Alignment in ultrashort, intense laser-induced fragmentation of Oxygen, lasers were used to experiment and come up with a semiclassical model, that described the induced rotation of the molecular ion which involved the polarizabilities of the participating excited states.

Despite the ordinarily bound nature of the parent molecular ion states, dissociation of the molecules may occur through laser-induced coupling of the molecules with their higher excited states. In the experiments that were conducted, moderate intensity, 800nm and 400nm wavelength laser pulses were used to ionize and dissociate the oxygen molecules. The resulting field-induced coupling of the parent electronic state with dissociative excited states resulted in fragmentation.

Observation of the behavior of matter

The direction of ejection of the fragments is influenced by the rotational impulse provided by the trailing part of the laser pulse. This is termed as postionization alignment. With the increasing laser intensities, the observed fragment distribution usually tends to peak along the polarization axis.

A theoretical semiclassical model was developed to explain these observations. The model stated that a transient negative polarizability of the intermediate state is responsible for hindering the alignment.

The applications of this research expand out into fields beyond physics as well and are being developed simultaneously. Similar research in rescattering photoelectron spectroscopy of CO2 and electron acceleration by transient intense-laser-plasma electrodes are underway as well.

Rapid strides in the technology of laser plasma-based acceleration of charged particles leading to high brightness, tunable, monochromatic energetic beams of electrons and ions has been driven by their potential multidisciplinary applications in cancer therapy, isotope preparation, radiography and thermonuclear fusion.

The research behind lasers allows experimental physicists to discover more about molecular interaction. This in turn leads to development of better laser based technology. The coherence that is a fundamental property of lasers thus manifests itself in the real life too.  The products of this synergy are a lot to look forward to. 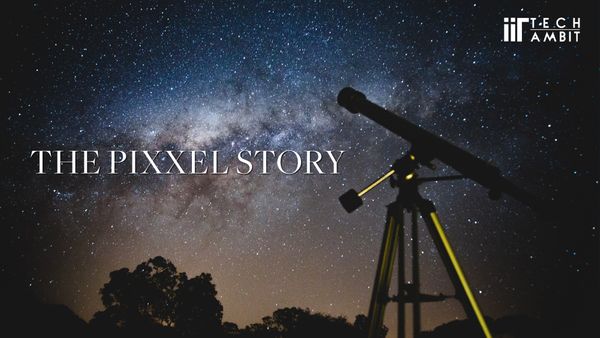 From a small room in Bits Pilani to becoming one of India's foremost name in the private space sector, we look at how Pixxel space is rewriting the rulebooks with 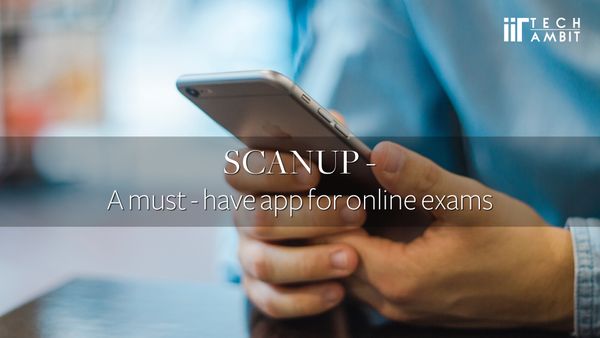 With the ban on Chinese apps, PM Modi initiated the 'Make in India' challenge last year, and five first-year IIT Delhi students took up this challenge and thus ScanUp was born!