Blockchain can be understood as a chain of blocks that contains information. This technique was described in 1991 by a group of researchers and was originally intended to timestamp digital documents so that it's not possible to back-date them or tamper them. However, it went mostly unused until it was adopted by Satoshi Nakamoto in 2009 to create the digital cryptocurrency Bitcoin.

A blockchain collects information in groups, also known as blocks, that hold sets of information. Blocks have certain storage capacities and, when filled, are chained onto the previously filled block, forming a chain of data known as the “blockchain.” It is a distributed ledger that is completely open to anyone. Once data has been recorded inside the block it becomes very difficult to change it. It inherently makes an irreversible timeline of data when implemented in a decentralized nature. When a block is filled, it is set in stone and becomes a part of this timeline. Each block in the chain is given an exact timestamp when it is added to the chain.

How does it work?

Each block contains some data, the hash of the block, and the hash of the previous block. The data that is stored inside a block depends on the type of blockchain. The Bitcoin blockchain for example stores the details of the transaction, such as the sender, receiver, and the number of coins.

A block also has a hash that can be compared to a fingerprint; it identifies a block and all of its components and is always unique just like a fingerprint. Once a block has been created, its hash is calculated. Hash codes are created by a math function that turns digital information into a string of numbers and letters. If that information is edited in any way, the hash code changes as well.

The third element inside a block is the hash of the previous block and this effectively creates a chain of blocks.

The security of a blockchain comes from its creative use of hashing and the proof of work mechanism i.e. producing a piece of data that is costly and time-consuming to produce but easy for others to verify and which satisfies certain requirements. A lot of trial and error is required on average before a valid proof of work is generated.

There is one more way that blockchain secures itself and that is by being distributed. Instead of using a central entity to manage the chain, blockchain uses a peer-to-peer network and everyone is allowed to join. When someone joins this network he gets a full copy of the blockchain, the node can use this to verify that everything is still in order.

Potential use of blockchain in other industries

Although blockchain is most famous for its role in facilitating the rise of digital currencies over the past several years, it has expanded beyond the world of finance and banking. Blockchain technology has far-reaching applications across many industries.

Cross-Border Payments: These are transactions sent from one country and received in a different country. Transfer fees, bank fees, local currency, foreign currency conversion rates, exchange fees, and international credit card fees may apply to cross-border transactions. One reason for this is that, when multiple currencies are involved, the transfer process typically requires the participation of multiple banks in multiple locations before the intended recipient can actually collect his or her money. The services that facilitate a faster way tend to be quite expensive. Blockchain technology has the potential to provide a much faster and cheaper alternative to traditional cross-border payment methods.

Smart Contracts: These are actually computer programs that can oversee all aspects of an agreement, from facilitation to execution. When conditions are met, smart contracts can be entirely self-executing and self-enforcing. They typically are used to automate the execution of an agreement so that all participants can be immediately certain of the outcome, without an intermediary’s involvement or time loss. It is faster and cheaper than the traditional methods.

Identity Management: It comprises of all the processes and technologies within an organization that is used to identify, authenticate and authorize someone to access services or systems in that said organization or other associated ones. If identity is paper-based, it is subject to lose, theft or fraud. A digital identity if stored on a centralized system becomes a target for hackers. Blockchain offers a tremendous level of security through the independent verification processes that take place throughout member computers on a blockchain network. Blockchain could be used to securely and efficiently transfer user data across platforms and systems. The technology could also be used to maintain and protect records of real estate ownership, titles, and more.

Supply Chain Uses: New technologies are presenting promising opportunities for improvement across the supply chain. A blockchain supply chain can help participants record price, date, location, quality, certification, and other relevant information to more effectively manage the supply chain. The availability of this information within a blockchain can increase traceability of material supply chain, lower losses from the counterfeit and gray market, and improve visibility and compliance over outsourced contract manufacturing.

Records of Property: Today the process of recording property rights is both burdensome and inefficient. All the data is manually entered into the county’s central database and public index. This process is not just costly and time-consuming, it is also riddled with human error, where each inaccuracy makes tracking property ownership less efficient. Blockchain has the potential to eliminate the need for scanning documents and tracking down physical files in a local recording office. If property ownership is stored and verified on the blockchain, owners can trust that their deed is accurate and permanently recorded.

Voting: Blockchain could be used to facilitate a modern voting system. Voting with blockchain carries the potential to eliminate election fraud and boost voter turnout. This would make votes nearly impossible to tamper with. The blockchain protocol would also maintain transparency in the electoral process, reducing the personnel needed to conduct an election and providing officials with nearly instant results.

Healthcare: Blockchain can be used by health care providers to store their patients' medical records. It will provide patients with the proof and confidence that their records cannot be changed. These personal health records could be encoded and stored on the blockchain with a private key, so that they are only accessible by certain individuals, thereby ensuring privacy.

Blockchain is a technology with an exceptionally broad set of potential uses. New applications of blockchain technology are being discovered and implemented all the time. Apart from the cryptocurrency world, several other applications of it have been explored and many others are yet to be explored! 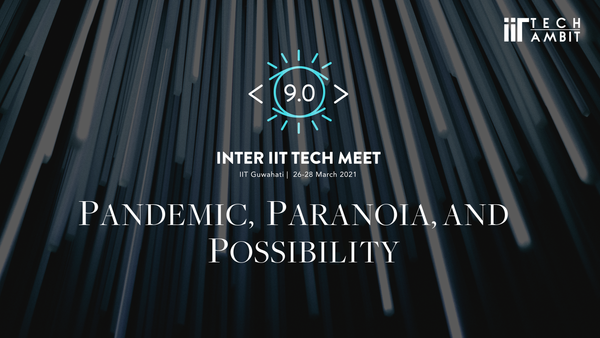 Are you thinking of participating in the tech meet and would like to know more about the event? Don't Worry. We've got you covered on all the aspects of the events. 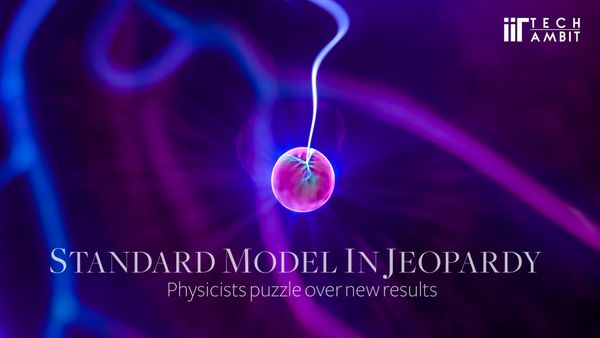 Surprising experimental results obtained at CERN, Geneva hint at a violation of a fundamental principle of the Standard Model of Particle Physics. Open passage to unknown terrain of 'New Physics'