The CMS collaboration at CERN recently announced detections of the mysterious X particles. First observed two decades ago, these particles have continued to fascinate physicists. Their anomalous nature can be explained by several competing theories based on the otherwise all-encompassing Standard Model of Particle Physics, but their exact nature remains unknown.

A brief discussion on the Standard Model

The Standard Model is one of the most successful physical theories devised to date. It aims at describing the Universe using a set of 17 particles divided into two groups: fermions, the matter particles, and bosons, the force carriers.

Fermions are the building blocks of all the matter we see and consist of 12 particles divided into Quarks and Leptons. Each of these groups has six particles related in pairs, also called "generations."

The first step towards discovering quarks was the realization that neutrons and protons ( also called hadrons) are not fundamental particles but are formed by more elementary particles. The six quark particles are paired in three generations and have rather fancy names-the "up quark" and the "down quark" form the first generation, followed by the "charm quark" and "strange quark," then the "top quark" and "bottom (or beauty) quark.

Bosons are the force-carrier particles that explain three of the four fundamental forces of nature, namely- the electromagnetic force, the Weak-Nuclear force, and the Strong-Nuclear force. Matter particles exert different forces over each other by exchanging bosons between them. Each fundamental force has a corresponding boson as the Electromagnetic force is carried by the Photons, The Strong-Nuclear force is carried by the Gluons, and the "W and Z bosons" carry the Weak-Nuclear force. The most exotic and discussed among pop culture is the Higgs boson which is responsible for the mass of all elementary particles,

These 17 building blocks of nature also have their anti-partners. These antiparticles have the same properties as their partner except opposite charge. When a particle comes in contact with its anti-partner, they annihilate, i.e., they completely dissolve into energy.

The X particle was first detected by the Belle collaboration in Japan in 2003. When producing high energy collisions between electrons and anti-electrons, a strong signal was observed for a hitherto unknown state that decayed into a pion (𝜋⁺), a meson consisting of an up quark and an anti-down quark, an anti-pion (𝜋⁻), and a J/𝜓 meson, which is a state made up of a charm and an anti-charm quark. This mysterious state was named X. The experiment also determined, with a 90% confidence level, that this particle had a mass of 3872.0 ± 0.6 MeV. Hence, the particle came to be formally known as X(3872).

"X(3872) was believed to be unique to electron-positron collisions in the Belle experiment, but the experiments at DØ and CDF detectors at Fermilab showed that it could also be produced in proton-antiproton collisions, demonstrating the universality of this particle," says Prof. Prafulla K. Behera, Professor at the Department of Physics, Indian Institute of Technology, Madras, and a member of the CMS collaboration.

The decay of X, abbreviated as X(3872)→𝜋⁺𝜋⁻J/𝜓, already singled it out as an anomalous state that did not fit into the traditionally theorized particles from the Standard Model. This fact was further aggravated when the LHCb experiment at CERN, Geneva, measured the quantum numbers associated with X. Collisions between protons and antiprotons at the Large Hadron Collider (LHC) produced the X particles and allowed physicists to measure its total angular momentum (the "sum" of the spin and orbital angular momenta) to be JPC=1++.

The LHCb result dismissed all the usual explanations about the structure of X and cemented its status as an exotic state.

The latest results were published in a paper by the CMS collaboration in January 2022. A research group at the Massachusetts Institute of Technology, USA, used a machine-learning algorithm to filter out approximately 100 X particles from the data generated from lead ion collisions during Run 2 of the LHC. These collisions resulted in the production of Quark-Gluon Plasma, a high-energy density state in which, as opposed to the usual hadronic matter where quarks exist exclusively in bound states, they are allowed to exist in free excitations. This is a very unstable state which quickly recombines to form hadrons. It was at this moment that the X particles were formed and eventually detected.

This result had high computational significance and proved the ability of the new algorithm to unravel these particles from the noise in the data collected. This method could then be used on more data to determine various properties of the X to experimentally distinguish between competing theories about the structure of X.

Ever since the LHCb results obtained in 2013 ruled out all the usual explanations, the following major theories have been used to describe the internal structure of X(3872): The Tetraquark model- a diquark, composed of a charm quark and an up quark, and an anti-diquark, composed of the corresponding antiquarks, and Meson Molecule- a weakly bound hadronic "molecule" consisting of uncharged D(0) mesons (combinations of charm and anti-up quark) and their excited antiparticles (denoted by D*(0)).

"One of the peculiar properties of X is that its mass is extremely close to the D(0)D*(0) threshold. That is to say that the mass of X is within a few hundred KeV of the sum of the masses of the D(0) and D*(0) mesons. The other case which is usually considered is a compact, strongly bound state consisting of four quarks. This would be relatively small in size as compared to the "molecule" which is a more loosely connected state with the D(0) and D*(0) mesons," explains Mr. Wolfgang Adam, Senior Research Associate, Institute of High Energy Physics, Austrian Academy of Sciences, and former Physics coordinator for the CMS collaboration.

"The experimental measurement can only confirm the correctness of either of these theories. We need to measure the lifetime of X. A tetraquark state will decay slower than the meson molecule state. Alternatively, we can look at the production mechanism of X in different collisions, such as proton-antiproton and heavy-ion collisions. By collecting data from these different collisions, we can try and distinguish between the theories," adds Prof. Behera.

"By exploring further into anomalies like the X particle, we can learn more about Quantum Chromodynamics, our quantum theory for nuclear interactions. Given its tremendous success and intrinsic beauty, one takes QCD for granted, right? But the picture of what the LHC does is look at hadron collisions and try to obtain a deeper understanding of quantum chromodynamics and look for hints of deviations from the predictions of the Standard Model. There are also some states that are not easily calculable, and it is important to examine them too since they can always come up with surprises and give new insights into the most fundamental theories of physics," says Mr. Adam. 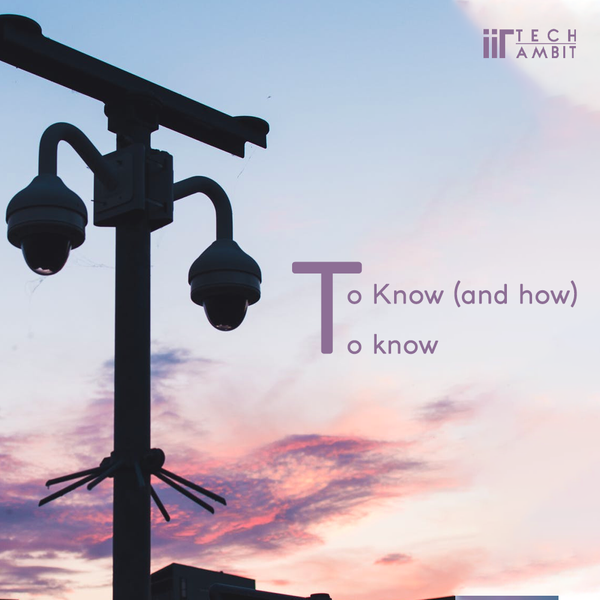 Bosch's Age and Gender Estimation holds the key to transforming the world of criminal evidence. From identifying ages to genders of people in security camera footages, get a close look at an algorithm that can change the future of surveillance forever! 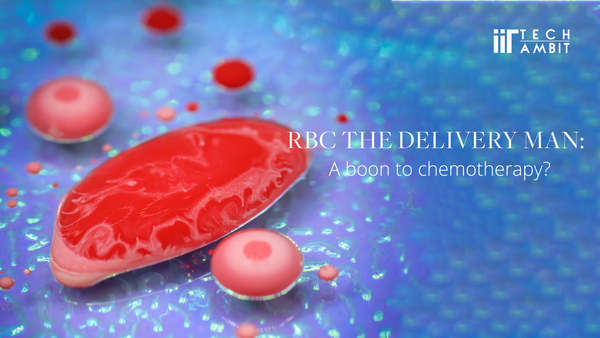 As very aptly said by Prof. Neetu, what we lack is simply the ability and the eagerness to look at it with the curiosity of a child. Read on to find out how this curiosity led to the development of a completely revolutionary innovation in chemotherapy drug delivery.