If you expected this article to be about the infamous Trio rhyming "prepare for trouble" and "make it double" phrases, you might be a little disappointed, but since you're here, you might as well give this article a read.

Humans have always looked at the heavens and wondered about the nature of the objects seen in the night sky. Before the development of rockets, space exploration had already captured many people's minds, not only aircraft pilots and scientists but also writers and artists.

The IIT Bombay Rocket Team unofficially started as a small group of rocket enthusiasts in the summer of 2019. The Team plans to participate in Spaceport America Cup 2022.

The Spaceport America Cup is formulated in conjunction with IREC – the Intercollegiate Rocket Engineering Competition; it is the biggest platform in the world for Undergraduate  and Postgraduate  students to showcase their Rocket Engineering skills. Over 1,500 students and faculty gather in Southern New Mexico for the annual Spaceport America Cup. Solid, liquid, and hybrid rockets are launched to great altitudes like 10,000 and 30,000 feet by students. With extensive participation from the best universities across the globe and extensive media coverage, it is a colossal event thousands of students, researchers, and people in business look forward to.

Are they a big deal?

The rocket consists of many interacting subsystems, each of which handles certain aspects of the rocket's testing, launch, and recovery. A vast range of disciplines in the functionality of the rocket is covered.

In thrust we trust. The propulsion subsystem is the heart of the rocket. Very simply, their function is to produce thrust. The individuals in charge of the subsystem also ensure that the motor is stably mounted and remains secured during flight. The Team would also be running simulations to gather flight data useful for the optimization of the rocket's trajectory.

The structures team ensures optimal aerodynamic performance and is also responsible for the external and physical structure of the rocket. All structural elements, including but not limited to the fuselage, nose cone, and fins, need to be adjusted to perpetuate a secure and penetrating flight path. The individuals in charge of this subsystem also take care of making and updating relevant 3D CAD/Solidworks models. Computational fluid dynamics will be used to optimize efficiency of the model.

Every piece of electronic machinery on the rocket falls under the Avionics subsystem. The process starts with an e-match that kicks off the engine's ignition. Decisions regarding parachute deployment and recovery events are implemented using flight computers. Readings will be recorded and transmitted to the ground station by running custom software. This helps in visualizing valuable data that describes the rocket's movement and position.

The payload is the cargo and burden of the rocket. The SA Cup competition requires that you fly 4kg of payload to 10,000 feet. The payload team is responsible for making that 4kg as cool as possible. The Team plans to craft a new scientific evaluation and assessment to collect data during the rocket's flight; The focus would be on high acceleration and altitude. Payload is unique as a sub-team. The goal of the payload project is to design a competitive experiment for learning what bracket of microorganisms predominantly sustain at high altitudes, low atmospheric pressure, and lack of oxygen.

"Rockets are only as good as their lifespan and reusability", said Abhinav Damor, a member of the Rocket Team's Recovery subsystem.

The team has planned to use a recovery system with parachutes that electronics and pyrotechnics would control. A recovery system is any device or mechanism installed in the rocket to reach the ground safely. Conventionally, a tiny drogue parachute would be utilized at apogee, followed by the main parachute. They craft hardware and electronics to take as little mass and space as possible, not drastically to impact the rocket's performance. Preferably, the aim is to optimize the design for simplicity and reliability, with cost, weight, and space savings as subservient goals.

Complications faced by the team

The pandemic did not demotivate the Rocket Team, and they could officially set up the team in an online setting. Owing to the lockdown, it is much harder to communicate and coordinate between interdependent subsystems; all decisions must be taken virtually. In addition, since the members cannot purchase the required parts and sensors, things have become even more complicated.

Building a rocket for a competition isn’t something that can be done at an individual’s home. Even though the institute allowed the team members to return to the institute in March of 2021, the team faced resource constraints this year due to the COVID safety norms.

Despite the lockdown, IITB Rocket Team has continued working and envisions its first launch for December 2021, targeting an apogee of 3km. The IITB Rocket team also aspires to spread knowledge, promote, foster and bring about technological innovations in the ingenious field of rocketry. The team's mission is to advance the rocketry community at IIT Bombay through a continuously improving student organization. Their organization strives to create a positive learning environment where students of all levels of experience can contribute meaningfully.

"We are hoping that through the agency of the Rocket Team, students in the future would have a platform to explore their fascination with rocketry", said Neha Maanju, Team leader of the IITB Rocket Team 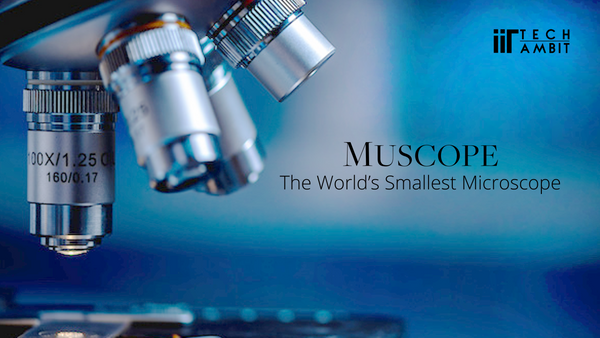 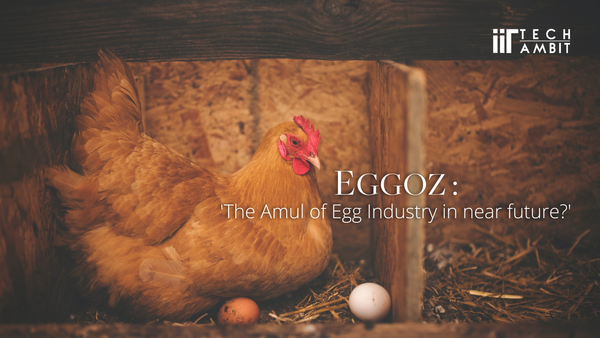 The scope of growth is limitless. From a curious idea to being the fastest growing egg brand in India, Eggoz has come leaps and bound, transforming the way consumers and farmers look at eggs and egg-based products.