"What's the first Indian brand that comes into your mind when you think about eggs?", asks Mr Abhishek Negi,  one of the cofounders of Eggoz. As a consumer, the most common answer that will ring in your mind is 'NONE !'. This is exactly the description of the situation prevailing before the advent of Eggoz in the Indian markets. Founded by four IITians, Eggoz began its operation in the year 2017. We had the pleasure to hear from Mr Abhishek Negi about the genesis of this venture. He recalls that the inspiration to take strides in egg nutrition came from the daily life observation where a significant proportion of eggs he used to buy were of sub-par quality. According to the results of a test carried out by him and other cofounders on eggs supplied from different parts of India, the eggs would take nearly a week after laying to reach your dinner tables. This results in a great nutritional loss ( sometimes up to 70 per cent) along with other inconsistencies like inconsistent yolk, blood spots, stains etc. These inconsistencies paved way for Eggoz to make an impact in the Indian egg industry.

What sets them apart?

The entry barriers in this industry include a scalable business model and standardised quality checks. A scalable business model is a one that can be easily replicated in different areas of the country at different scale  of operations. The major challenge in this model will revolve around ensuring uniformity and standardisation in egg production and its quality . Eggoz created a 10 point quality check parameters to ensure the quality of eggs. These quality parameters along side backend integration of egg farms with technological aids like IoT (Internet of Things) have made it feasible to reduce time from laying the egg to reaching your kitchens from 7 days to 1 to 2 days. Provision of technical and veterinarian advisory support , nutritionally balanced herbal feed and other advisory support aided in addition and retention of egg farmers under the banner of Eggoz. Most interesting aspect of this model was the willingness of the egg farmers  to adopt technology . Generally , it is observed that egg farmers prefer to adopt practices that transcended through generations and generally don't change their ways on advise of  a third party . But , in this case , it was the opposite and as the revamped methods yielded better produce , more and more farmers joined the venture . This created a positive word of mouth for the company and instated faith in its processes.

Battling covid pandemic: How did they do that?

Covid pandemic wrecked havoc on egg and meat based industry in 2020 . In third world countries like India , rumours spread rapidly about the transmission of covid through eating meat and egg based products . The sales plummeted and many small farmers were forced to get rid of chickens and livestock because there were no sales during lockdown and it was difficult for them to switch over to different avenues of incomeas they were not having required capital and technical background to function smoothly during lockdown. During Wave 1 , there was a general panic among the public which created losses during the initial phase. However , with greater emphasis of  awareness campaign and sensitization drives carried out by the firm and the State, the fear gradually subsided and people started looking at eggs as an important contributor towards immunity development. The fact that Eggoz eggs are UV sanitised and are processed through automated systems meant that it was accepted readily by the time the second wave came in as people were now more aware of the importance of a branded sanitised egg . These factors helped in recovery of initial losses and helped the company to fare much better during the second wave.

The key to Eggoz's success

Distiller's dried grains with solubles (DDGS) are the nutrient rich co-product of dry-milled ethanol production. DDGS utilization as a feed ingredient is well documented as both an energy and a protein supplement. It is a cheaper alternative to other protein sources but the hidden harm of it is the presence of heavy metals in trace amounts. These heavy metals gets deposited over time and can pose serious health hazards. After the research on DDGS was published , the need of the hour was to substitute it and make people  aware about its harms . Therefore , all the birds were fed a feed which was rich in soya , maize , groundnut , mustard etc instead of DDGS which although marginally raised the upkeep costs of these birds but ensured the safety of the consumers. The initial increment in expenses were taken care of by company , which facilitated a smoother transition . Use of IoT and other farm managemment systems along with timely veterinary advisory support helped in reducing the upkeep  costs and increasing the quality of eggs being produced  while improving the conditions of the birds under containment. Further reduction in processing time helps Eggoz to bring more eggs in the market at a faster pace which helps them better  to regulate their egg supply and quality and in turn increase their market share.

Egg sector in India is highly unorganised and is one  of the least dynamic sectors. It has lacked much needed innovation over decades and has resorted to traditional egg producing practises. In such a scenario , Eggoz has a blue ocean in front of it , where it can use its business model to the fullest and bring about the necessary upgrades that the industry needs. Being among  the first mover in this industry , Eggoz has a better prospect of  turning out to be a household brand like Amul than its competitors. On the day of writing this article , Eggoz currently has over 1.4 lakh chickens under its management and processes nearly five million eggs per month. With Eggoz having raised $1.5 million in a pre-Series A round from Avaana Capital and Rebright Partner , last year , it can be expected that the supply chain will be strengthened by increasing the number of brds under management and targeting newer markets. On a conclusionary note , it can be said that Eggoz's prospects in future are promising and it can grow  big enough to impact the whole Indian egg industry in a much positive way , if not to create an atmosphere , where egg production will come under standardised practises and quality control. 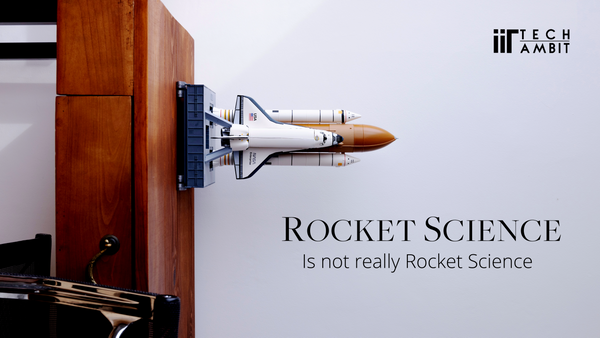 (Do not confuse this team with the incompetent bad guys who come in once per episode to try and steal Pikachu). It all started in the summer of 2019; a group of students had a goal: to introduce rocketry to a campus with no formal program for such projects. Rocket Team was created to fill that void. 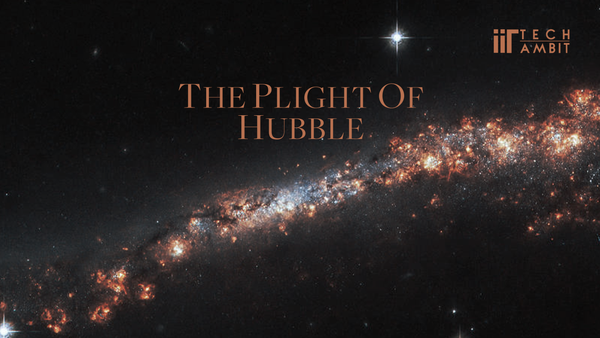 One of the most prolific scientific observatories in space – The Hubble Space Telescope recently suffered a technical glitch which has left engineers at NASA perplexed. Take a look at how this might affect the telescope’s future.