Crystals got a lot more interesting when French Physicists Jacques and Pierre Curie first discovered the Piezoelectric effect in the 1880’s. The term originated from the Greek word “piezein” meaning “to press”. This natural property, exhibited by approximately 20 crystal classes such as quartz, certain ceramics, and some biological matter like bone, results in the accumulation of electric charge in the material in response to an applied mechanical stress.  Interestingly, the effect is reversible in nature, implying the materials exhibiting piezoelectric effect also exhibit the reverse piezoelectric effect (generation of mechanical strain in response to electric field)

Since then, piezoelectric devices have transformed the way we live. From it’s first applications in sonar during World War I as Submarine detectors to medical ultrasound imaging and fuel injectors in modern diesel engines, there have been significant technological advancements in the field. Piezoelectronics today are used in diverse domains serving varied roles such as detecting pressure variations (in the form of sound) in microphones, as piezoelectric motors, cigarette lighters, performing surgeries through microvibrations (piezosurgery), driving ejection of ink in inkjet printers, noise and vibration dampener in aircrafts and a lot more. Studies by NASA’s Galileo spacecraft suggested even some moons (such as Jupyter’s Ganymede moon) owe their electro-magnetic field to the piezoelectric effect where tidal force applies stress on crystals resulting in electro-magnetic field. The piezoelectric materials used have also undergone significant changes. From natural crystals such as quartz and topaz (a silicate mineral of aluminium and fluorine) to polymers and ceramics such as the Lead Zirconate Titanate (commonly abbreviated as PZT), which is the most common piezoelectric ceramic used in the current era.

A team of Researchers at IIT Bombay, led by Dr Kishor Shingare under the supervision of Prof. Susmita Naskar based on a recent study proposed a new Piezoelectric material with improved piezoelectric response as compared to the commonly used piezoelectric ceramics. The report, which was published in the European Journal of Mechanics-A/Solids, was supported by Institute post-doctoral fellowship and initiation grants from IIT Bombay and investigated the material’s performance through various micro-modelling techniques based on analytical and numerical approaches to determine the effective properties of the material.

Discussing about the inspiration for this research, Dr. Shingare said,

"Owing to it's unique scale-dependent physical properties and high electro-thermo-mechanical properties, graphene has emerged as a promising nanofiller for enhancing overall response of nano-tailored composites. However, the application and modelling of such structures hasn't been explored yet and this provided the inspiration for our research."

The improved piezoelectric response means the new material is capable of producing a relatively larger force from a small input signal. This new material, which is called Graphene Reinforced Piezoelectric Composite (GRPC) is composed of thin fibres of PZT (lead Zirconate Titanate) embedded in an epoxy base along with graphene nanoparticles.

"The main reason behind the improved effective properties is due to the fact that graphene has a large surface area for interaction with PZT fiber and matrix. It also has a strong interface with the matrix with it's strong covalent bonds providing interaction and in-plane stability to the whole composite.",  explained Dr. Shingare

The Epoxy base also enhances the strength by overcoming brittleness of PZT. Graphene, besides it’s larger surface area, also provides superior mechanical and electrical properties and significantly improves the material’s piezoelectric performance while also providing rigidity. Another Salient Feature of GRPC is that the response was found to be enhanced in all directions and not just in plane of device.

"Our proposed MOM model does not account for the shape of fibers/fillers (rectangular, square, circular, cylindrical or ellipsoidal) but we can determine the effective properties of composite considering different orientations of fillers using simple transformation. Therefore, we developed FE (finite element) model to consider the important parameters such as different shapes of graphene fillers with different orientations."

Explained Dr. Shingare when asked about the multi orientation response of the Composite.

This radical innovation succeeds another major recent accomplishment by the IIT community in the piezoelectric field. In December 2020, a research team at IIT Mandi proposed a new arrangement to enhance the electrical output of piezoelectric materials under stress. The technique, known as “graded poling” is claimed to enhance the power output of piezoelectric materials by over 100 times by utilizing various mechanical stresses at top and bottom (tensile, compressive and bending stresses) and in mid-section (shear stresses) of a piezoelectric beam. Aiming to offer better insights into harnessing the advantages of this technique in real life, the work has been extended for more accurate prediction of the effects of graded poling .

The prospect of improved Piezoelectric response opens up new avenues for deployment of revolutionary technologies in the near future.  Talking about the implications of their work, Dr. Shingare said,

"These graphene-reinforced composite-based structures can be implemented in numerous energy harvesting applications such as sensors, actuators, nanogenerators and various energy storage devices. Based on these developments, we can provide analytical and numerical models to set up a benchmark for researchers to validate experimental properties of these composites."

Improvement in mechanical-electrical energy interconversion efficiency can improve noise and vibration reduction technological applications such as those in aircraft vibration dampeners. The reduced weight and improved structural rigidity of advanced piezoelectric materials such as GRPC would also improve the satellite positioning and steering systems in space. This is especially beneficial when compared to the conventional composite materials which have restrictions in terms of possessing the required balance of properties, such as high strength and low weight simultaneously to the required extent, limiting their applications in modern engineering systems.  The idea of using nano-fibre piezo materials commercially to generate electricity has recently gained much attention. Attempts to harness the vibrations of a moving car to charge the batteries have now become more plausible thanks to the groundbreaking inventions in the field. Other popular ideas include using regenerative input on touch screen devices to power such gadgets. These ideas are further embellished by the fact that this technology reduces the dependence on fossil fuels and does not produce harmful emissions.

The incorporation of graphene sheets in polymer matrices, as explicated by Dr Shingare, could add new functionality to the existing piezoelectric composites and provide ample opportunities for developing MEMS/NEMS (Micro/Nano Electro Mechanical Systems)

In recent times, there has been a growing consciousness of environmental and health risks of piezoelectric materials. The most common piezoelectric ceramic (PZT) contains lead oxide (>60% by wt) whose extensive usage could result in lead-oxide (PbO) being released into atmosphere via evaporation, improper waste disposal or leakage through machining. Considering the toxic effects of Lead based Compounds, European Union has been planning to restrict the use of hazardous substances such as those of Lead based and other heavy metal Compounds to control human carcinogenic toxicity as well as terrestrial and marine eco-toxicity.

These events marked a shift towards development of lead-free piezoelectric materials based around complex oxides of niobium and bismuth. However, these too have problems associated with them. The mining and extraction for Niobate piezoelectric materials such as the KNN (potassium sodium niobate) causes a significant environmental damage. The other ‘environment friendly’ materials lose their viability by compromising on the efficiency spectrum due to weaker piezoelectric response.

These issues call for the development of alternative lead-free efficient piezoelectric materials in the near future which are both environment friendly and non-toxic for humans. 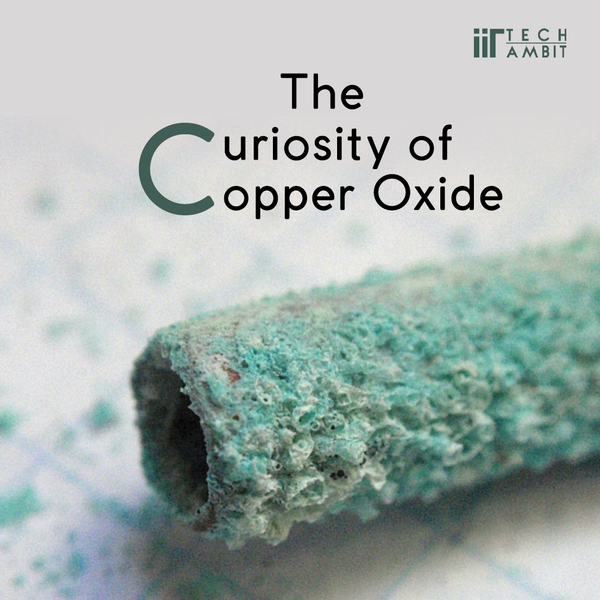 IIT Palakkad in collaboration with IIT Delhi, IIT Hyderabad and CSIR-IIP studied Cupric Oxide and the possibility of it being a cheaper and more effective catalyst in the synthesis of numerous products. 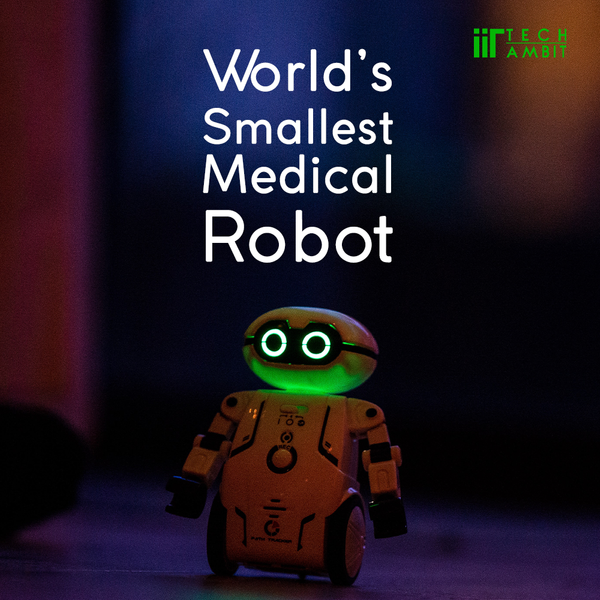 The world record of the smallest robot has been created. It was an attempt to cure diseases and reconstruct medical science so as to reduce pain and suffering endured by numerous patients. An insight into the efforts made and the functioning of these nanobots.