Soon after the formulation of the theory of gravity and the realisation of the fact that a body requires a minimum initial velocity to escape the gravitational influence of another, thinkers such as John Mitchell and Laplace started to wonder- is it possible to have a star so dense and massive that the speed required to escape its influence is greater than the speed of light? It was later calculated that such a body could exist- one from which even light is too slow to escape- one from which nothing can ever leave- a ‘black hole'.

After Albert Einstein published his General Theory of relativity- a truly groundbreaking discovery in the field of physics, the validity of numerous equations previously derived in non-relativistic conditions began to be questioned, one of them being the equation of the gravitational field and hence the equation that tells us the mass of a black hole. It had to be modified to fit some constraints imposed upon it by General Relativity. Doing so, however, was by no means an easy task and was attempted by numerous physicists.

In 1916, a German physicist, Karl Shwartzchild derived an equation to find the gravitational field caused by a perfectly spherical, non-rotating body in a relativistic domain. This equation, called the Schwarzschild Metric succeeded in justifying numerous experimental observations where gravity was studied relativistically. On looking at the equation, it becomes apparent that at two values of a certain variable, the equation had very strange solutions. While this fact was mathematically straightforward, its physical interpretation puzzled the greatest of scientists.

In 1939, Robert J Oppenheimer along with his student Hartland Snyder, while studying the collapse of a cloud of matter due to the gravitational attraction among its own particles, managed to find the implications of the Schwarzschild Metric at the values where the solutions were puzzling.

The star thus tends to close itself off from any communication with a distant observer; only its gravitational field persists.
-Oppenheimer and Snyder, 1939

This quote, foreshadowing the behaviour of a black hole tells us that the scientists were indeed close to solving the mystery. One however, cannot conclusively state from it that black holes exist, because as mentioned earlier, the Schwarzschild metric is derived only for a purely spherical body. In the chaos of outer space, with no guarantee that a body is spherical, can black holes be formed? Will a small deformity in the spherical black hole stop the matter from collapsing into a singularity?

Albert Einstein, the man who formulated General Relativity was himself highly dubious about the existence of black holes, as were many other brilliant physicists. They considered the existence of such an 'extreme' object highly improbable, if not impossible. Their doubts were partly put to rest with the discovery of quasars in the late 1950s. Quasars are small, dense ‘quasi-stellar objects’ that rotate with a very high speed, radiating energy. On observing this strange phenomenon, it was only natural of physicists to wonder- is it possible for a denser version of the quasar- a black hole to exist?

In the 1960s, Roger Penrose, an English mathematician set out to solve this problem and to show that the existence of the black hole is a natural consequence of general relativity. To do so without the assumption that the body is perfectly spherical, he had to come up with many ingenious mathematical methods. Penrose made extensive use of topology- a science which deals with quantities that do not change when a surface is stretched, squashed or twisted. The ‘surface’ in this case was space and time which, as shown by the theory of relativity could be modelled as an infinitely large sheet that gets deformed when a body is placed on it.

On the road to his success, Roger Penrose would go on to invent creative methods of visualising space-time through ‘Penrose diagrams’. He, with the use of topology, could prove that a singularity can be formed without the assumption of symmetry. Inside the singularity, it was shown that space and time ‘interchange’. Just as it is impossible in the real world, to go back in time, inside a black hole, it becomes impossible to go back in space. Once a body enters a black hole, its inevitable fate is to fall into it, never to return to the outside world. Penrose’s discovery, which happened in 1960 was heralded as the first major post- Einsteinian discovery in General Relativity.

Penrose’s proof of the existence of one of the most puzzling objects in the universe, using ingenious mathematical techniques, earned him a well deserved Nobel Prize. But more importantly, it was the culmination of years of research on General relativity and its astrophysical implications.

The Giant at the Heart of the Milky way

Once it was established that black holes can indeed exist, the scientific community had their sights set on finding examples of them. It was obvious that black holes have a very high mass and hence a very high gravitational pull. This could perhaps cause a large number of celestial bodies to orbit it due to its far-reaching gravitational field. Furthermore, on observing the spiral and spherical nature of numerous galaxies, including our own it seems that there is some massive body at the centre, which all the stars of the galaxy revolve around. Whether this was, indeed a black hole or something else- like a large cluster of stars was the question.

While telescopes of the 1990s, which was when this discussion was popular, were not good enough to accurately determine the nature of the massive object by optical means, astronomers of the time came up with a novel solution to the problem. They decided to plot the path of stars in the galaxy and using that data, ascertain the mass and density of the object in the centre of the galaxy. This would tell them whether the mysterious object is indeed a black hole or something less dense and less massive.

The tracking of such distant bodies, however, was by no means an easy task, especially with the equipment available at the time. Two independent teams- one led by Reinhard Genzel, a German astrophysicist and the other led by Andrea Ghez, an astronomer at the University of California, unfazed by the challenges set out to do just that. They would spend years tracking orbits of stars close to the centre of the Milky Way and make precise calculations to know what the beast at its centre is.

The atmosphere of the earth itself acts as the biggest hurdle to using ground-based telescopes to make measurements. Turbulent air in the atmosphere can negatively affect the path of photons that manage to enter the earth’s atmosphere after travelling through space for thousands of years. Furthermore, the large amount of time needed to take measurements and track the stars rendered space-based telescopes, such as the Hubble Space telescope impractical. To overcome the difficulties, the teams used many creative modifications in ground-based telescopes, such as lower exposure times and mirrors in telescopes that change their shape depending on atmospheric conditions! Moreover, the visible light emanating from stars that are to be tracked ‘get lost’ among the gas clouds of outer space, their photons experiencing too many collisions. Less than one in a billion photons from such stars manage to reach the earth. The two teams, therefore, decided to make observations using the infrared rays emanating from the stars. These rays are less likely to get scattered in this manner, given their longer wavelengths.

After many rounds of observations, it was observed that many stars in the Milky Way followed orbits identical to what would be expected under the gravitational influence of a black hole! Also, the observations of the two teams working independently showed excellent agreement! This cemented the facts that not only are black holes something that could exist, but they are also something that does and there is one right at the centre of our galaxy!

Following the capture of the first image of a black hole in 2019, it became very clear that they are not mere theoretical predictions. Black holes shall forever stand testament to how science can, with nothing more than a few calculations make predictions on something happening billions of kilometres away, as Roger Penrose did. The ingenuity of the human mind and creative engineering can show evidence of the correctness of these predictions peer into formerly hidden regions of space from which we are separated by distances which light itself takes thousands of years to traverse! 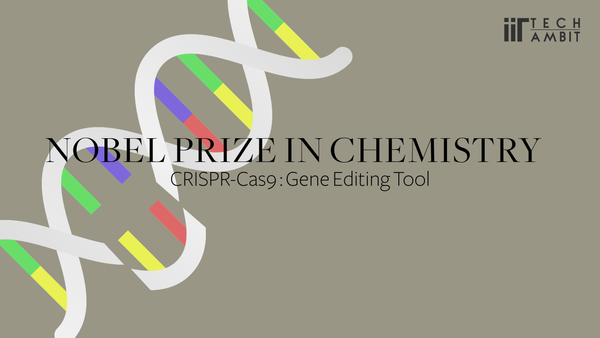 Emmanuelle Charpentier of France and Jennifer Doudna of USA, on October 7, won the Nobel Prize in Chemistry “for the development of a method for genome editing” technique known as 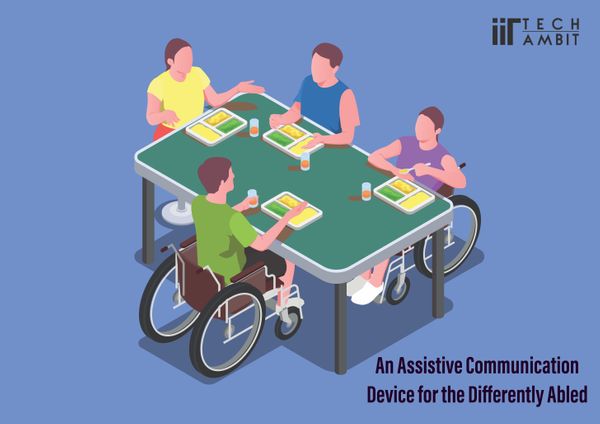 A low-cost virtual keyboard based communication system shows promise at a time when assistive devices for the differently abled are still unaffordable for many.