Probing the genesis of gravitational waves is the next step after detecting them. Observations that reveal the fascinating phenomena pose special challenges. Taking up this formidable task is a special group - GROWTH.

On 17 August, 2017 a blip from the depths of space was heard by one of the most sensitive instruments man has ever built, the Laser Interferometer Gravitational-Wave Observatory (LIGO) at Louisiana, USA and it’s twin VIRGO in Italy. Ripples travelling through the fabric of space-time reached Earth to finally resolve questions which remained unanswered for a long time. These ripples were gravitational-waves produced from a very intensive event, possibly a collision from very far away, and were detected when they disturbed an intricate arrangement of lasers. We know about gravitational waves and had observed the first one back in 2017. After analysing these disturbances, a lot of vital information on the characteristics of the source were revealed. But the biggest mystery still remained. What caused this catastrophic event? Where and when did it happen? The source of these waves cannot be traced back using LIGO and VIRGO alone and nor can we know about the aftermath and exact cause of such an event using only interferometers. But scientists did figure out these essential questions and extract more interesting information associated with the event. How did they do that? That’s where GROWTH came into the picture.

GROWTH - Global Relay of Observatories Watching Transients Happen - is an international collaboration of multiple institutions and observatories to track transient events. GROWTH aims to document and study the subtle yet interesting changes in the night sky. The group, led by CalTech along with fifteen other institutions spread across the globe, coordinates 18 observatories to observe the skies continuously round the clock. Proudly, India is a part of this elite club, with two members; from IIT Bombay and IIA Bengaluru.

Transient events refer to astronomical phenomena which evolve in a short span of time in comparison to the galactic evolution cosmic matter across millions and billions of years. These include supernovae, star mergers, gamma-ray bursts as (sometimes transits and eclipses as well). They are usually violent deep-sky events which release a huge amount of energy in form of electromagnetic radiation, kinetic energy of matter and occasionally gravitational waves too. To trace the sources of gravitational waves we require careful observation and tracking of these transients in the sky so that when a gravitational wave is detected, a synchronous analysis of images and relevant data can be done to retrace the origin of the gravitational waves.

GROWTH specialises in studying the electromagnetic counterparts of such gravitational wave events. When gravitational waves are detected by any of the detectors, the team immediately responds to associate the event with the accompanying signals in the form of light, gamma ray bursts or x-ray flashes.

What we know is that transients can give out EM radiation in a spectrum which ranges in 15 orders of magnitude of frequencies, covering almost the entire electromagnetic spectrum. This means that a big range of different types of telescopes have to be employed to scan the sky. For example, the Giant Metrewave Radio Telescope at Khodad, Maharashtra is India’s eyes on the radio spectrum and has been proved as one of the most significant contributors in many important discoveries. We also have the Himalayan Chandra Telescope in Ladakh operating in the optical-infrared region. Infact, because a lot of the EM radiation such as X-rays and UV rays are not capable of penetrating the Earth’s atmosphere, GROWTH has an extra-terrestrial pal: the Neil Gehrels Swift Observatory orbiting the Earth.

Once a gravitational wave is detected at an interferometer, the observatories across the globe are alerted to look for transients and EM-Wave accompanying the gravitational wave. A list of possible candidates is prepared according to the spatial and temporal correspondence. A side-by-side spectroscopy of these sources is done to give us the intesities of the constituent frequencies of the radiation released. This helps us know about the characteristics of the sources such as temperature and constituent material. These help us in spotting the correct sources out of the possible ones. Once the origin is traced, the observatories are scheduled and programmed to coordinately observe the consequent changes that happen after the gravitational wave emerges. Due to the distribution of the telescopes across the planet, the phenomena can be observed without getting blinded by the day when the Sun prevents such observations.

Data from all these places are assembled and studied by different astronomers and finally the source of an captivating event is traced back. Once we know what event caused the gravitational waves, we can now study what exactly caused the waves to generate and how it was affected by the properties of the source.

Members of the GROWTH family also study the fate of stars and how the supernovae is characterised in terms of matter and energies by studying the evolution of these cosmic explosions through collaborative inspection in a similar fashion. They also keep eyes on small near-Earth asteroids and how their trajectories may change.

Notable contributions: discovering a cosmic mine

We know today that the 2017 Gravitational Wave Event was from a binary neutron star merger, which is, two neutron stars spinning rapidly around each other and finally colliding. As exotic as it sounds, it was also a proof of the evidence of such events which were predicted way before this discovery. This event was different from the previous gravitational wave detectors, as the accompanying electromagnetic radiation that flared up was seen by over 70 observatories across the globe.

After the two stars collide and liberate gravitational waves throughout space, the energy is also released in the form of light of different wavelengths. These wavelengths are signatures of how much energy is associated and what are the elements constituting the emitting matter. A continuous observation of a certain wavelength of light would tell us how a certain signature evolves revealing the underlying mechanism. For example, the gamma ray burst emerging from the event was way weaker than anticipated and the subsequent radio wave jet was delayed by several days in comparison to what theories predicted. This meant one has to have a constant gaze on the region of interest in the sky for a prolonged time.

Because the members of GROWTH were prepared for such an event, their coordinated inspection helped them pinpoint the origin successfully and keep an eye on the evolution thereafter. A celestial light show was seen as the collision of two neutron stars produced light - EM radiation - and well as sound - Gravitational Waves. Collective data from different observatories helped understand the phenomenon from a much broader perspective. Prof Mansi Kasliwal from Caltech, one of the key members of GROWTH, proposed the highly acclaimed cocoon model for such a neutron star merger, in which she explains how a covering of a dense layer of matter slows down the EM radiation counterpart of the gravitational waves.She and her team were able to reconstruct a model of the merger using

the data obtained from study of this event. These results and theories collectively won the Breakthrough of the Year from Nature.

This was a milestone for multi-messenger astronomy, the regime of astronomy which studies the different signals that emerge from the same source but are temporally dispersed as well as in different frequency regimes.

Most significantly, this answered one of mankind’s most puzzling mysteries. The event revealed the existence of another hypothesized phenomenon - a kilonova, named so as it briefly shines about a thousand times brighter than a nova. As the two neutron stars merge into each other, they spew neutron rich matter at immense speeds. The force with the neutrons move is enough for them to embed into the atomic nuclei of surrounding matter, hence forming new and heavier elements. In short, the universe performs alchemy with the help of kilonovas. This is known as the r-process, but it was unknown where such a process takes place. Nuclear physicists had long thought that the origin of elements heavier than Iron, which cannot be made from fusion as Iron has the most stable nucleus, was probably a r-process nucleosynthesis. The new find shows that the violent conditions can harbour such a process. We now know where the gold in our jewellery and lead in batteries come from; colliding neutron stars. We have discovered a cosmic mine.

Questions that arise and remain are countless.Other violent cosmic events like supernovas also quite often give rise to gravitational waves and studying them would help us understand different types of supernova and the final fate of stars. Black holes colliding with other black holes all produce similar waves and are not well understood. One of the first such events was reported last year in August and has been of recent interest to the scientific community.

Such unexplored areas will continue to charm us and groundbreaking discoveries are due course as GROWTH continues to operate and study the night sky.

GROWTH, India and beyond

GROWTH has an active participation from its Indian members.The GROWTH conference as well the Astronomy School were hosted by IIT Bombay in 2018.

Prof Varun Bhalerao from IIT Bombay has been a significant contributor in the field of multi-messenger astronomy especially through the collaborations at GROWTH. One of his important pieces of work was his study on the gravitational waves detected in early 2017 from a black hole merger. He predicted a Gamma Ray Burst from the event at about a specific time delay from the event and coordinated observations from the wide network of instruments verified this with ease. This demonstrated the power of GROWTH and how it can help study transients across the EM spectrum with much greater detail.

Prof Anupama from IIA, Bengaluru and a number of other scientists from IUCAA, Pune and TIFR, Mumbai have been involved in this huge collaboration of the best minds across the globe to ensure that we have a constant gaze upon the night skies to look for the most superlative phenomenon in the cosmos.

The future of multi-messenger astronomy and associated areas of cosmology looks bright with GROWTH being one the torch bearers. The treasure hunt about the wonders that lie in space would continue and GROWTH would definitely play an essential role in this endeavor. The quest is ahead is endless with questions the remain to be answered keep increasing as a new phenomena is observed. What lies at the core of the advancements is the accompanying observational techniques and data collected from them to verify our proposed theories. GROWTH takes in charge of improving our vision in the skies and producing novel observational data to test the limits of our theories.

GROWTH is a testament of how large scale unified studies can give us such beautiful insights to what the immense universe holds in itself. Bringing the best minds on the planet together to create the best eyes in the sky and unfold the charm the heavens have is GROWTH’s prime ambition. 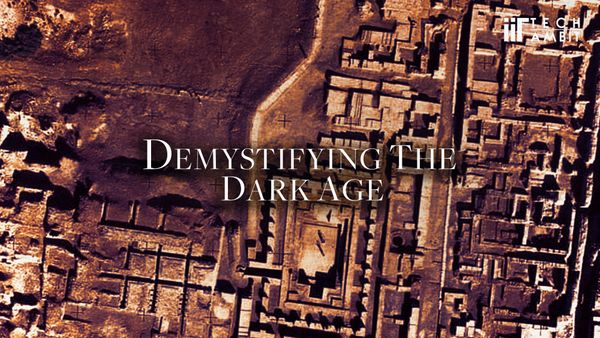 We don't conclusively know what went on in the Dark Age of history. Nevertheless, new research by an IIT Kharagpur-led team aims to shed some light on the transitions and upheavals of the Harappan Civilization

Keeping in mind the huge negative environmental externalities caused by electricity generation from conventional sources of energy like fossil fuels, shifting to cleaner renewable sources of energy is the need