With the help of the technological advancements we have made over the last couple of decades, the quality of life for people battling disabilities and impairments has increased substantially. There are a plethora of assistive devices and software available to the differently abled. However, a majority of these tools are only available at a steep price, and this acts as a deterrent for would-be users from economically weak sections.

This is especially the case for assistive communication systems, which are designed to enable (or in milder cases, enhance) a user’s ability to communicate with other people. Such systems are often provided to individuals with speech impairments, or extreme mobility issues (as a consequence of motor neurone disease, paralysis, stroke, etc.). They are expensive, and at the same time, very necessary. Without assistive communication systems, disabled persons incapable of speech and conventional forms of communication would find it nearly impossible to relay their needs and thoughts to their caregivers or others.

How does this device work?

Overview: The core functioning of the device revolves around electrooculography (EOG). This technology — as the name probably suggests — is used to capture eye movements in the form of electrical signals, which can then be modified and further analysed using software. Anjali and Vishal used the captured eye movements of the user to operate a virtual keyboard displayed to the user on a monitor.

The device particularly looks out for saccadic movement of the user’s eyes, which refers to the rapid and simultaneous movements of both eyes. Saccadic movements also involve two or more changes of the individual’s visual gaze in the same general direction.

The EOG technique: There is a resting electrostatic potential between the cornea (the clear, front part of the eye) and the foveal sclera (which is a layer of blood vessels lining the back of the eye). Simply put, you can think of the eye as a small battery of sorts, with a positive terminal at the front (cornea) and a negative terminal at the back.

Electrooculography specifically deals with measuring this potential difference, which is formally termed as corneal-retinal standing potential. Repeated measurements of this potential generate an analog signal, called an electrooculogram. This potential can be used as a measure of the position of the eye at a particular instant.

Further processing and additional steps: The resulting electrooculogram had to be amplified, shifted and filtered. This was accomplished by passing the output of the electrodes through a signal conditioning circuit. Further, the modified signal needed to be digitised and sampled, and this was done using the analog to digital converters (ADCs) of an Arduino board.

The information from the signal was then classified in real time using MATLAB. Based on the result, a particular key would be ‘pressed’ on the virtual keyboard — ideally the key which the user wanted to select. Vishal and Anjali found out that tweaking the signal processing algorithm on a case-by-case basis improved the accuracy of this classifier.

The team demonstrated the functionality of the device on a 63-year-old patient affected by a combination of progressive supra-nuclear palsy and multiple system atrophy. The paralysed and speech-impaired patient was only capable of blinking, feeble eye movements and minute motions of her right forefinger. The team initially tried to use EOG techniques to capture the eye movements of the patient, but due to weak muscular activity, the signals acquired were not sufficiently strong. Eventually, they managed to translate the motion of the patient’s finger into signals for selecting letters on the virtual keyboard. Text-to-speech functionality was also implemented afterwards.

This indigenous assistive technology device developed by the IIT Palakkad  students costed approximately 1,500 rupees in total, which is a minuscule amount in comparison to the prices of assistive communication devices currently in the market (which are often imported). Efforts like these indicate that it is possible to manufacture assistive devices at a low cost. This will significantly relieve the financial burdens on the differently abled arising due to their special needs. The future definitely appears to be brighter for them. 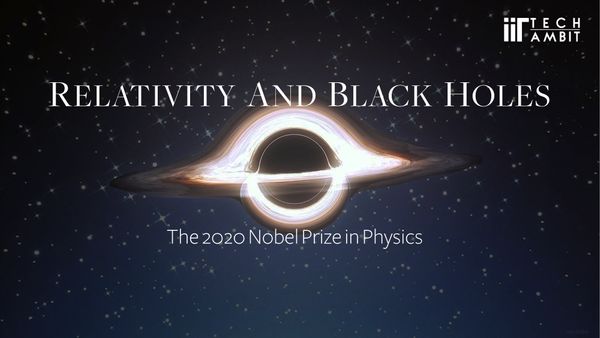 The 2020 Nobel prize in Physics was shared by Roger Penrose, Andrea Ghez and Reinhard Genzel for studies related to black holes. While Penrose proved that Black holes can exist under general relativity, the latter two discovered a supermassive black hole at the centre of our galaxy.

Vernacular.ai is a Series A funded startup, an AI-First SaaS business that is driven with a mission to become the leading voice automation/AI platform in the world. It is building NLP Technology in Indian Languages to enable businesses to interact and engage with their multi-lingual customers.