“Touchdown confirmed !! Perseverance safe on the surface of Mars”, announced NASA on February 18, 2021. That’s how Perseverance, a car-sized Martian rover, ended its 470 million km journey from Earth to Mars and landed on Jezero crater. Since then, it has achieved a lot of “firsts,” from recording the sounds to flying a helicopter on another world.

For the past two months, it has been documenting the Martian rocks and the pioneering flights of its little cousin, Mars Helicopter Ingenuity. But now the time has come for an on-scene photographer to switch to a science investigator and bring the vision of humans on Mars closer to reality.

On April 20, 2021, Perseverance accomplished another historic first by converting some of the Red Planet’s thin, carbon dioxide-rich atmosphere into oxygen. The test was done by a toaster-size, experimental instrument called MOXIE. It generated about 5.4 grams of almost 100% pure oxygen in one hour—which is roughly 10 minutes of breathable air for a human being. This is a critical first step to converting carbon dioxide to oxygen on Mars on a bigger scale and could lay the groundwork for future Mars Colonization missions.

But what is so special about producing oxygen on Mars?

What’s The Big deal about this experiment?

Well, oxygen is one of the most crucial ingredients required for creating any habitable environment on Mars. Humans and other life forms will require oxygen for breathing. Moreover, oxygen can combine with hydrogen to produce another key molecule-Water.

But oxygen is not just the gas we breathe; it is also an important component of rocket fuel. For any mission involving sending astronauts to Mars, there should be a way for them to return home safely. For that, they require a rocket to lift off from the surface of Mars, which in turn requires a lot of fuel.

According to NASA, a single rocket carrying four astronauts will need approximately 15,000 pounds (7 metric tons) of rocket fuel and 55,000 pounds (25 metric tons) of oxygen. But it's not feasible to transport that much oxygen to Mars. A more viable and practical solution is to transport a one-ton oxygen converter that could produce those 25 tons.

Currently, MOXIE is designed to produce only up to 10 grams of oxygen every hour, roughly the same as what a large tree produces on Earth. But this production level is nowhere close to the required amount. So, it is important to understand that MOXIE is just a technology demonstration. The results of these tests will show whether the device can be scaled up(approximately 100 times bigger) to produce the required amounts of oxygen.

What is MOXIE and how does it work?

This experiment is a collaboration between the Massachusetts Institute of Technology(MIT), the Haystack Observatory, the NASA/Caltech Jet Propulsion Laboratory, and other institutions. Short for Mars Oxygen In-Situ Resource Utilization Experiment, MOXIE is a snappy name for a unique and first of its kind technology. ''It helps humans explore Mars by making OXygen. It works "In situ" (in place) on the Red Planet, and is an Experiment."

Martian atmosphere is roughly  95% carbon dioxide, 2% Argon, 2%  Nitrogen, and traces of other gases. Thus in terms of natural resources, Mars is abundant in only carbon dioxide and dirt. But if we consider a carbon dioxide molecule, we have a carbon atom in the center and two oxygen atoms attached to it.

So all we have to do is to develop a technology that snatches those two oxygen atoms from carbon dioxide molecules and recombines them to produce oxygen.

MOXIE works on the same idea and uses a process called solid oxide electrolysis. Martian air is drawn into the device through a filter, and is compressed to Earth-like settings. Then the carbon dioxide is separated and forwarded to the electrolysis chamber. There the gas is heated to a temperature of approximately 800 degrees celsius.

To withstand such high temperatures, the MOXIE unit is made with heat-tolerant materials, including 3D-printed nickel alloy parts and a lightweight aerogel that traps heat inside. Moreover, there is a thin coating of gold on the outside which reflects infrared heat and prevents it from radiating outward that could damage other instruments of Perseverance.

After the electrolysis, carbon dioxide is separated into oxygen and carbon monoxide. Oxygen is isolated to a different chamber where oxygen ions recombine. Then carbon monoxide is emitted into the Martian atmosphere as a waste product, and we are left with oxygen.

That's how MOXIE steals oxygen atoms from carbon dioxide molecules and converts the suffocating, thin atmosphere of Mars to lifegiving oxygen. The most exciting part of this experiment is the fact that it is the first mission in entire human history that is solely dedicated to the human exploration of Mars. It has never been done before and is the first tangible step towards putting humans on Mars. While the technology is just getting started, it could pave the way for science fiction to become a reality.

"MOXIE isn’t just the first instrument to produce oxygen on another world.It’s the first technology of its kind that will help future missions “live off the land,” using elements of another world’s environment," said Trudy Kortes, director of technology demonstrations within STMD.

Objectives of MOXIE and Future tests

The key objective of this mission is to generate at least 98% pure oxygen at a rate of 6-10 grams per hour and analyze the working in varying atmospheric conditions, including during a dust storm. Further, MOXIE is expected to extract oxygen at least nine more times over the course of a Martian year (nearly two years on Earth).

These oxygen-production tests will be done in three phases. The first round of tests MOXIE is currently running will check the working of the instrument. In the second phase instrument will be run in varying atmospheric conditions, such as different times of day and seasons. Finally, MOXIE will be pushed to its limits in the third phase, where new operating modes will be attempted, like running at different temperatures.

Thus, MOXIE is not the complete answer to putting humans on Mars and is still in its experimental phase. But if successful, it will show that future astronauts can rely on this technology to help get them home safely from Mars. 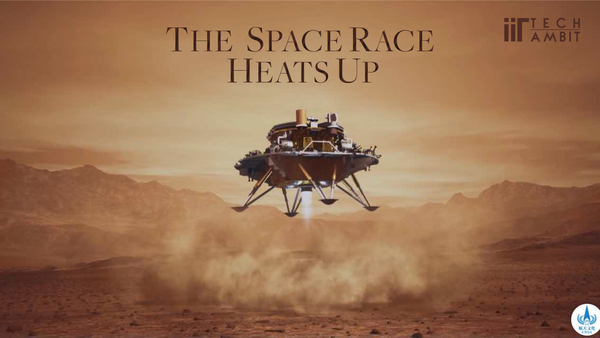 Chinese Spacecraft Tianwen-1’s recent landing on Martian soil suggests that the recipe for landing probes and rovers on the Red Planet remains no longer an enigma. 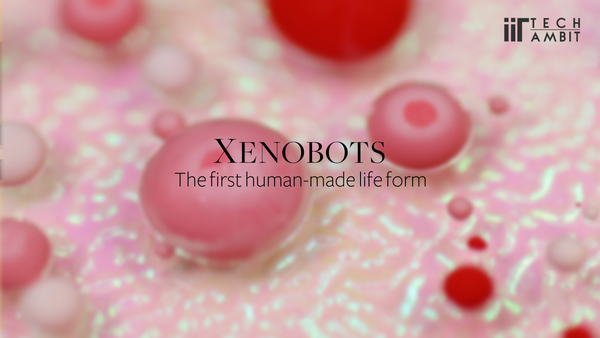 Researchers have succeeded in developing new organisms without tampering with their DNA. After being realized in the lab, these virtually evolved organisms can carry out simple tasks that could go a long way in tackling several modern-day challenges.