About seventeen billion light-years away, the two very large black holes spiralled into each other, collided and merged. On May 21, 2019, at 8:32 am IST, Laser Interferometer Gravitational-Wave Observatory (LIGO) in the United States and Virgo Interferometer in Italy detected a gravitational-wave signal from the merger of extraordinary whopping pair of black holes orbiting in a binary system. The event has been named GW190521. It is a record-breaking gravitational wave observation that revolutionizes the knowledge about how black holes are formed and provides a new way to study the theory of gravity. After more than a year studying this atypical new signal, scientists think they know what caused the heftiest black-hole merger seen till date.

When two very massive and strange black holes of mass 85 and 66 times the mass of the sun spiralled into each other emitted the gravitational-wave signal. It led to the formation of another monstrous black hole of mass 142 times the mass of the Sun. The signal was picked up by Advanced LIGO and Advanced Virgo interferometers and the event was dubbed GW190521. The signal emitted has traveled for a distance of 17.2 billion light-years through the expanding Universe which is the most distant gravitational wave signal observed so far by the gravitational wave detectors. In a fraction of a second, the merging black holes released roughly eight times more energy than that contained within our sun’s atoms, all in the form of gravitational waves.

The duration of the signal was shorter and the frequency was lower than any other black hole merger observed so far. According to the gravitational-wave theory, the time interval that the signal from a binary black hole merger spends in the sensitivity band of gravitational-wave detectors is inversely proportional to the total mass of the binary system. In the case of GW190521, this time interval was only about 0.1 seconds and the peak frequency was about 60Hz. From the first day, it was very clear that the detectors at LIGO and Virgo had detected something bigger than usual.

The team of researchers at IIT Bombay and IIT Gandhinagar involved in the gravitational-wave research groups collaborated with LIGO-Virgo scientists and are playing a key role since the first observation of such a massive gravitational-wave. The group was involved in the detection studies of GW190521 event. As the time interval for which sensitivity bands at LIGO and Virgo received the signal was very small, it was substantial to confirm it’s astrophysical nature. The group of Indian scientists was involved in such a study to assess the detection significance of GW190521 in the phase matching signal detection search along with the colleagues of LIGO-Virgo explorers. In addition, the group contributed in assessing the distance reach of various searches in the intermediate-mass black hole parameter space. The research group at IIT Gandhinagar was involved in developing the filter bank used for the detection of the black holes in the third observing run along with LIGO-Virgo scientists.

“This particular black hole is important because this is the first time that we got very clear evidence of the existence of intermediate-mass black holes,” said Archana Pai, professor, physics department, IIT-Bombay

Over the last three decades, the Indian scientists have established a rich legacy of exploration into space and study of black-holes. In particular, Indian space researchers have contributed to the fundamental algorithms crucial to search for inspiraling binaries in noisy data from multiple detectors, in computing the theoretical waveforms of gravitational wave signals by solving Einstein’s equations, in separating astrophysical signals from numerous instrumental and environmental artefacts, in the interpretation of joint gravitational-wave and gamma-ray observations, tests of Einstein’s theory and many other aspects of the data analysis.

Astrophysical models suggest that black holes with masses between about 65 and 120 times the mass of the Sun cannot be formed by a collapsing star. This mass range is termed as the “mass gap”. This is the reason why astronomers were not expecting the black hole with 85 times the mass of the sun as one in the pair that created GW190521. It falls in the forbidden mass gap which indicates an alternative way of formation of massive black holes in the Universe – possibly by successive collisions between pairs of smaller black holes in a special environment such as a globular cluster with closely spaced many black holes.

For the existence of such a massive star, current theory predicts that the compression and heating lead to a runaway explosion called a pair-instability supernova. Such an occurrence destroys the star so completely that the energy ejected from it can’t collapse into a black hole.

Strange GW190521 and how it shapes the further researches

“As per our conventional knowledge of black holes, they either belong to the stellar-mass category formed from the collapse of a single heavy star or supermassive blackholes like those found at the centre of galaxies. This new particular discovery seems to suggest a third kind, the intermediate-mass black hole, which is the first-of-its-kind ever detected in LIGO,” said Anand Sengupta, associate professor of physics at IIT Gandhinagar.

Built on the concept of Albert Einstein’s prediction of the existence of gravitational-waves(in 1916),  the LIGO-Virgo Scientific Collaboration: comprising 15 countries including India, published their first paper about the detection of gravitational-waves in February 2016 which revolutionized the concepts of black holes. Now in September 2020, scientists have a new mystery which originated from the collision of two heavy black holes. Some researchers believe it will grant a unique opportunity to test  Einstein’s General Theory of Relativity. The discovery will allow us to delve deeper into the merger and ring down part of the signal. Tests were performed to search for extra features of the signal predicted from alternative theories of gravity. This extraordinarily heavy pair of stellar-mass black holes in the binary system has a capability to challenge the understanding of the formation of the black hole. 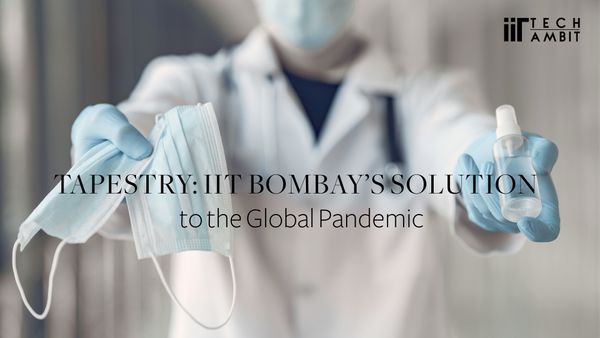 Here is a unique pooling method that can be used to screen thousands of COVID 19 patients with up to 100 % accuracy. This innovation from IIT Bombay is currently leading the world in finding economic and efficient ways to perform coronavirus testing. 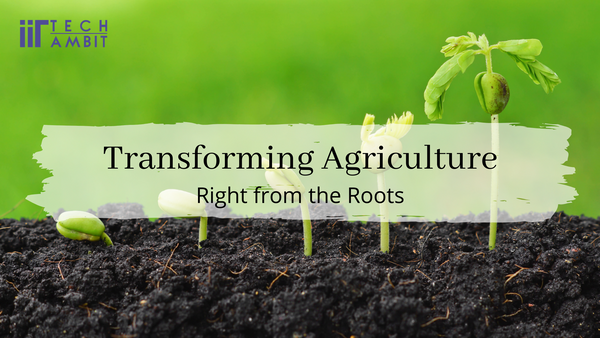 Plants are dependent on their microbiome for growth, health, nutrient uptake, stress resilience and resistance to pathogens. This, until recently, was untapped territory. The potential of harnessing the plant microbiome could revolutionise agriculture as we see it now!