The versatility of carbon is difficult to justify with words. This element is the source and the sustenance of all life. It’s properties span the entire range of possibilities. In one form it is very strong, flexible and highly conductive. In another it is one of the hardest substances and equally resistive.

The element at the core of all life now presumably holds the key for its continuity. The Metal - CO2 Battery, developed by Dr. Chandra Shekhar Sharma, an Associate professor in the Department of Chemical Engineering and his team at IIT Hyderabad, serves the purpose of providing higher energy density batteries in an ecologically friendlier way.

Development of the technology

The CARBON Lab team at IIT Hyderabad has been researching and developing batteries and supercapacitors for almost a decade. Aiming to improve on the traditional Lithium-ion batteries, due to their limited energy density, the team considered expanding the research on Lithium-Air and Lithium-Oxygen batteries which were gaining popularity in the scientific community.

After a careful review of the existing trends, in conjunction with collective brainstorming, the idea of Li-CO2 batteries came into existence. Since Li-CO2 based chemistry is still in its infancy, there were a lot of opportunities as well as scientific challenges to overcome and to explore.

The Li-CO2 battery system is an open system from cathode end to ensure the regular supply of carbon dioxide, which functions as an energy carrier in this battery. Li ions react with CO2 gas molecules at porous carbon cathode during discharge and form Li2CO3 (Lithium carbonate) and solid carbon. This reaction is based on the electrochemical reduction of CO2.

This is in contrast with the Lithium - ion batteries where Li ions react with carbon reversibly through intercalation upon discharge/charging. Herein, Lithium-ions react to CO2 gas through porous carbon cathode to form Lithium Carbonate.

When tested in a lab in a pure CO2 atmosphere, the Li-CO2 battery showed approximately 68% first cycle efficiency. However, when tested in Martian atmosphere-like conditions (95.6 % CO2 and rest CO and O2), this efficiency jumped to 96%. Through the use of Sodium  and Potassium, the battery can be made even more cost effective given the abundance of these materials. This knowledge opens up new avenues that involve exploring the effect of these trace amounts of other atmospheric gases on the reversibility of the reaction.

At present, a lot of scientific understanding is yet to be developed for identifying the appropriate electrode, catalyst, salt and electrolyte system to enhance the performance. All of these require comprehensive experimental as well as computational efforts.

Based on these investigations and the knowledge gained in the developmental process, a complete Metal-CO2  battery prototype is expected to be developed in the next 3 - 4 years.

Prospective benefits of this research

Energy extensive processes of converting the gas emissions into useful chemicals have been a major blockade in this global objective. However a battery design such as this is much more efficient than traditional energy-intensive carbon dioxide fixation measures.

The use of this technology extends far beyond its capabilities on our planet, as they can be used to power the Mars Missions. The surface landers and rovers built with this technology would utilize the carbon dioxide abundant in the Martian atmosphere.

"Further the use of CO2 as an energy carrier in Metal CO2 rechargeable batteries, which have a higher energy density than the currently used Lithium-ion batteries may not only reduce the payload mass and volume for interplanetary Mars missions but also increase the scientific capabilities of these missions", states Dr. Sharma

The team had previously shown its capabilities by utilizing soot derived carbon to use as an electrode in energy storage devices in 2015. This material is unique in terms of its morphology and other physicochemical properties and was demonstrated successfully for the first time by the group for high rate Li-ion batteries in electric vehicles.

What follows is innovation in its true sense - the result of years of research in the field of carbon nanotechnology. From developing soot derived carbon which can be used as an electrode for batteries and supercapacitors without requiring any modifications, to developing this ingenious battery, the focus has always been to develop facile, scalable and inexpensive technologies.

Innovations such as these are the need of the hour. Gradual advancements in the standard technologies cannot outpace the global demand for solutions. Such technologies might still prove to be inadequate until we realize the actual need for them and make it a priority to accept them and expand them. Carbon is a versatile element - we should be too. 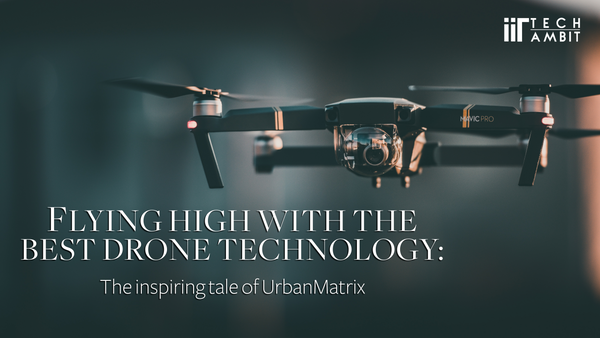 A team of undergraduates from IIT Madras have consistently been working on building industry-grade drones and providing aerial solutions that elevate efficiency and profitability for the industries. Their creative and 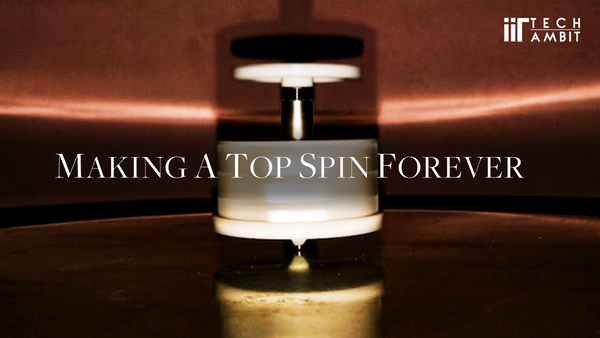 Saptarshi Sadhu, an undergrad at IIT Kharagpur has created the envy of every Beyblade fan- a top that spins for a whopping 38 hours! It earned him the Guinness World Record for the longest spinning mechanical top.