Anyone who has watched the cartoon series Beyblade has probably fancied a top that can spin for an absurd amount of time, after seeing the characters have battles where the top that spins the longest is the winner. It was one such Beyblade enthusiast,  Saptarshi Sadhu, a fifth year at IIT Kharagpur who decided to take his passion to the next level.

One day in 2018, Saptarshi came across the Guiness World Record for the longest spinning mechanical top, set in the same year by Fearless Toys, Nimrod Back and Breaking Toys in Tel Aviv, Israel. The time to beat was 27 hours, 9 minutes and 24 seconds. The secret to their long spin time was the use of motors inside the top to power it and make it last longer than the 5-10 minuites that a traditional one spins for. Saptarshi, convinced that he can do better would spend the next two years crafting and perfecting his contenders.

To start off with, he looked at the design of the existing record holder and thought of improving on that. The first change that was made to it was to decrease the size of the tip. He figured that a thinner tip would create less friction with the surface that the top is spinning on and hence settled employing the nib of a ballpoint pen. The first generation of prototypes featured small motors to spin the body of the top. There were button cells that would power the motors, with a microcontroller to regulate the flow of current from the battery to the motor. He planned to create the body of the top using epoxy resin, but decided to scrap the idea following many difficulties in moulding it and it interfering in the working of the components. Epoxy resin was also found to be too heavy for the job. This series of prototypes could spin for only around five minutes.

For the second family, Saptarshi went with using 3D printed plastic instead of epoxy resin. He also experimented with connecting the shaft of the motor with the tip. That did not work out, only yeilding a spin time of around twenty minutes. A major cause for this, Saptarshi discovered, was vibrations caused by the motor which tended to unsettle the tip. He also tried putting a liquid in the top which would move towards the edges, increasing rotational inertia. However, the liquid also made the top unstable, further reducing the spin time.

Not keen on giving up, a radically different approach was taken in the last generation. He tried spinning a disc using the motor. The top would spin in the opposite direction to the disc, conserving angular momentum.  He also focussed on reducing power consumption. Aside from minimising fricion using a smooth tip and smoothing the surface of the top, the weight of the top was also reduced drastically. He also changed the physical shape of the top, from one resembling the previous record holder, to one that is almost cylindrical. By doing this, the center of gravity of the top was lowered, improving its stability.

Saptarshi's final generation of prototypes had another feature which took it from spinning for a mere twenty minutes to a whopping 38 hours. By eliminating the microcontroller that regulates power to the motors, he could both achieve a decrease in mass and divert the tiny bit of energy used by the chip, to power the top. He also carefully tuned the weight of the disc and the top to spin at the lowest stable speed, further reducing the power requirement. A careful selection of the motor also had a part to play in this.

Finally in December 2020, Saptarshi attempted the Guiness World Record. There were witnesses present both at his house and over video conferencing. He had a live stopwatch open on his laptop and three tops spinning in front of it, on steel surfaces, so as to avoid friction. As hours ticked by, he could feel his dream coming closer to reality. All went well until the thirty sixth minute of the fifth hour- when one of the tops stopped spinning suddenly, a loose connection being the prime suspect. Saptarshi however, had good faith in his other two warriors and he could not have been more right! They would both go on to beat the world record, one spinning for a whopping 36 hours and 19 minutes and the other for three more hours- 39 hours and 28 minutes! A sense of indescribable joy swept over him- the culmination of two years of hard work- having spun a top for the longest time in the history of mankind! 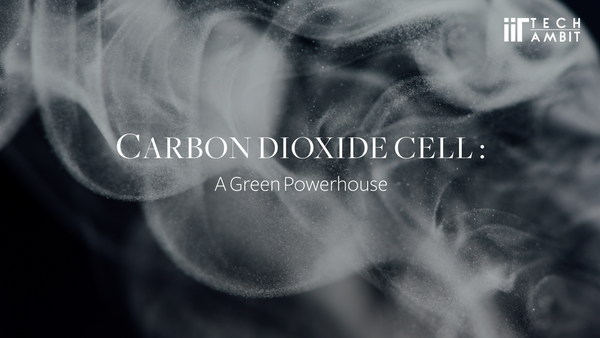 The newly developed Lithium - CO2 Cell is a promising candidate in the clean energy efforts around the world. Offering significant improvements over traditional metal batteries, this technology is potentially paradigm altering in the field of highly efficient energy systems. 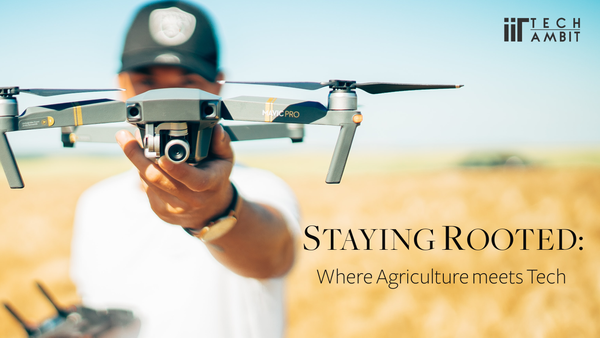 In the 21st century, the popular concepts of data science, machine learning and information technology have been introduced in numerous applications. Here is one that can revolutionize the agricultural industry, allowing farmers to rake in better yields using fewer resources.