Whenever we are about to execute any scientific experiment we tend to look for some basic pieces of equipment to ease the conduction of our work, ranging from scissors to electron microscopes. Tweezers define a distinct tool, picking objects too small to be easily handled by our fingers. Such a definition is again physically relevant when our focal point of discussion is “Optical-tweezers” where the chore follows holding materials within the size range of a few micro to nanometers. Optical tweezers have been used to trap dielectric spheres, viruses, bacteria, living cells, organelles, small metal particles, and even strands of DNA. First demonstrated in 1986 at Bell labs, optical tweezers now have become an emerging tool in research fields ranging from biophysics to cell biology.

As the name suggests, they are formed when a laser beam is tightly focussed on a tiny region in space using a microscope objective as a lens. This region becomes an optical trap that can hold small objects in 3D.  Around three decades back Arthur Ashkin, an American physicist pioneered the development of a three-dimensional stable trap based on radiation pressure from a single laser beam, capable of holding and applying forces to micron-sized dielectric particles. Which also lead him to win the shared 2018 Noble Prize in Physics.

This allows researchers to study the diffusion dynamics of an object in a chemical solution — a property that plays a key role in the functioning of many biological molecules. Simply put, the value of optical tweezers lies in the fact that they can be used to perform experiments to probe the properties of single-molecules by applying forces in the range of pico-Newtons and by measuring displacements in the range of nanometers.

In a typical optical-tweezer configuration, the incoming light originates from a focused laser beam through a microscope objective and focuses on a spot in the sample, The spot creates a trap able to hold a small electrically insulating object at the place. The total forces experienced by the object, or bead in most experimental settings, consist of a scattering force and a gradient force.

The scattering force arises when an incident light beam is scattered by the surface of the bead. This scattering produces a net momentum transfer from the light photons to the object and causes the bead to be pushed towards the beam of propagation. The gradient force is a result of the intensity of the laser beam which acts as an attractive force drawing the bead towards the region of greater light intensity.

Applications and the case of IISER Kolkata

It became too unique to mark when researchers at IISER Kolkata developed bubbles advocating the Optical tweezers. They typically produced it by applying large intensity of trapping beam incident in the absorbing material in contact with the sample liquid medium.

Sometimes the operations with optical tweezers are often compared with the “Star trek tractor beam”, obviously the science fiction series has been talked about where graviton force beams are used to manipulate the objects outside the spaceship. It is because an optical tweezer when placed for applications, behave as similar as that when it grabs proteins or DNA molecules and control their positionings just using light’s momentum. In a recent study, researchers at the Indian Institute of Science Education and Research Kolkata have devised new techniques to create micrometer-sized rods and rings with molecules of diphenylalanine. They have demonstrated that these rods and rings can transmit some specific range of frequencies of light with a minimum energy loss and they can be too used in light-based circuits and devices.

These days self-assembly processes with diphenylalanine do not use electric or magnetic fields. Instead, the polymers are left to themselves to arrange into required patterns. This process is not only slow but also hard to control. To address this shortcoming, the researchers of the current study had developed a faster 'laser-assisted self-assembly' technique.

The team has proposed a method that involves dispersing diphenylalanine solution in water in a small glass cell. On top of this cell is a heat-absorbent coating that heats up when a laser beam is focused, to create a water vapor bubble in the solution. While still in cold water, this bubble is stuck to the hot spot on the coating and the difference in the temperature around the bubble creates unequal surface tension, causing the flow of diphenylalanine molecules from the solution to the base of the bubble, the diphenylalanine then crystallizes into beautiful micro-rings at the coating of the bubbles. The intensity of the laser beam controls the size of the bubble, the greater the intensity is, the bigger the bubble, and bigger is the size of the ring.

Thus, by adjusting the laser beam, one can control the size and the location at which the micro-ring is formed.  The researchers then examined if the micro-rings can transmit specific frequencies of light with minimum energy loss or not. They sent a beam of light from one end and observed it coming out at the other end, they found that the micro-rings of the same thickness showed the least loss in energy. The energy loss also depends on an optical phenomenon called total internal reflection—where all of the incident light is reflected off a surface beyond a certain incident angle.

The researchers have observed that the energy loss of the polymer micro-rings increases when dyed with Congo-red. Hence, it has to be factored in when manufacturing the rings. The study is a step towards incorporating self-assembly techniques to fabricate nano and micro-scale devices. It could also help to develop a diagnostic tool for early detection of Alzheimer's disease. Congo red dye is specifically used for the detection of Alzheimer's disease. Researchers are trying to make Congo red dye-doped diphenylalanine micro-rings. When these rings bind to the Aβ peptide, which is a protein present in the serum of an Alzheimer's patient, shows a change in its optical properties and thus in a way helpful to trace the disease. . They are also in search of other varieties of polymers rather than diphenylalanine which could more strongly bind with the protein. 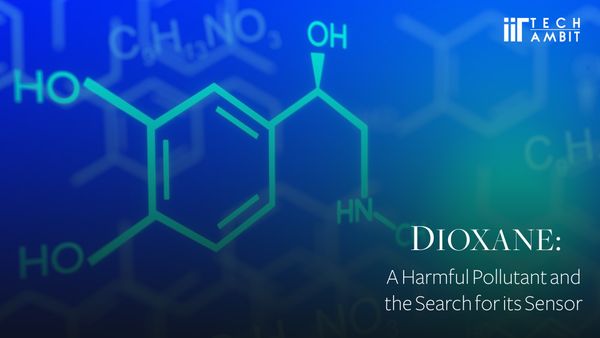 ABOUT THE PRINCIPAL INVESTIGATOR: Dr. Shanmugaraju Sankarasekaran received his Ph.D.(Inorganic Chemistry) from the Department of Inorganic and Physical  Chemistry, Indian Institute of Science, Bangalore and was awarded the 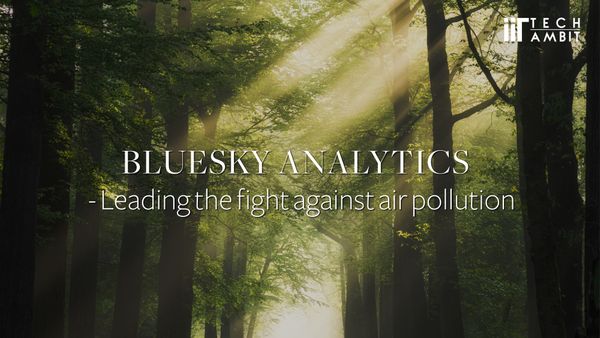 Get to know how BlueSky Analytics is leading the pollution awareness battle by using technology to bring about changes in the environment.