What was the Dark Age?

The Harappan Civilisation is conjectured to have materialised around 3300 BCE, and is presumed to be annihilated by 1300 BCE, while the succeeding Iron Age, typically christened as The Vedic Age, is reckoned to commence around 1000 BCE. The span between the wipeout of The Harappan Civilisation and Iron Age’s inception is vague from the archaeological standpoint, and not much information could be unearthed, thus the causes of the unforeseen eradication of the Harappan Civilisation still is under scrutiny. The archaeologists still strive to answer the query of how did the Bronze Age transit into the Iron Age? Unanticipated natural upheavals such as floods and droughts may be cited as some of the causes of the Harappan destruction, but consensus can be reached only if the Dark Age is deciphered.

Course of Life during The Later Harappan Period

The Harappan civilisation was at its zenith during 2600 BC to 1900 BC, with flourishing agriculture and international trade. A shift in the population density from the west to the east is observed. This may be attributed to changing rainfall pattern due to shifts in the Inter-Tropical Convergence Zone(ITCZ), a low-pressure area near the equator which affects seasonal patterns. The migration trends were from Indus-Valley in the west to the Ghaggar-Hakra valley in the east. Such an expansive migration was prevalent in the archaic era, though no other evidence of large-scale migration were found for the later periods.

Delving into some High School Geography

ITCZ Is basically defined to be the zone wherein the Northeast Trade Winds and the Southeast Trade Winds merge near the equator. ITCZ is generally the region of maximum rainfall. Seasonal shifts in the ITCZ occur due to change in the angle of sunlight. During June-July, the sun directly beams over the Tropic Of Cancer, hence shifting the ITCZ northwards towards India, hence accounting for the Southwest Monsoon prevalent in India. All this suggest that normal rainfall should have occurred in the Thar desert too. Thar has transformed into an arid region over many centuries, since it lies parallel is on the leeward side of the Aravallis, and thus is subject to scanty rainfall. Thar lies in the area of east-to west flowing trade winds. These winds are wrenched of all the moisture in the north-eastern areas itself, and by the time these winds reach the Thar, they are entirely devoid of moisture.

A team of IIT Kharagpur, funded by INFOSYS Foundation, steered by Prof. Anindya Sarkar, Department Of Geology And Geophysics, bolstered by teams from Deccan College, Pune, Physical Research Laboratory, Ahmedabad, University of Kutchh, and University Of Calcutta embarked on conducting geological investigations to clarify climate changes during and after the Harappan Civilisation, and were primarily focusing on the arid areas of Rann Of Kutchh and Thar Desert.

They stumbled upon numerous artifacts as pitchers, jars and bull figurines, and also unearthed sustained animal remains as bone and teeth, thus establishing traces of life for the first time in the hyper-arid regions of Karim Shahi and Vigakot. These areas are currently devoid of any water sources, and the ground water table is approximately null, but Fossil Molluscan shells are suggestive of an active water source and ample rainfall during the Dark Age, and hence is conclusive of the shift of the populace to these currently uninhabited and arid areas.

“Our data suggest that prolific mangroves grew around the Rann and distributaries of Indus or other palaeochannels dumped water in the Rann near southern margin of Thar Desert. This is the first direct evidence of glacial fed rivers quite like the supposedly mythological Saraswati, in the vicinity of Rann”, Prof. Anindya Sarkar said.

An 1100 year old Chinese Qingbai porcelain, probably manufactured in Guangdong province of south China, and Sgraffiato potteries of 10th century Persia, were unearthed at Vigakot, unquestionably suggesting that the place was a trade centre on the long-distance trade route between West Asia and China. The scientific research on the sensitive International Borders between India and Pakistan was assisted by the Indian Army

The Physical Research Laboratory, Ahmedabad employed Radiocarbon and Optical Stimulated Luminescence to date the pottery and charcoal findings, and established the era to be approximately around 1200 BC. This has provided a fresh spectrum to view the Dark Age. Preemptive research on the molluscan shells evidently prove the presence of a river system in the aforementioned arid areas of Rann of Kutchh and the Thar Desert, which probably dried up in the medieval period. Al- Beruni’s medieval comprehensive travelogue “Tarakh-al-Hind” (1030 AD), also has accounts of presence of a river in the Kutchh region.

The presence of life in these regions was confirmed by Prof. Arati Deshpande Mukherjee, Deccan College, Pune. Iron nuggets and slags have been excavated in the nearby area of Motichher, thus revealing the first-ever smelting process undertaken. Such large-scale exodus were primarily undertaken by those customarily  known as “Climate Refugees”, as mentioned in the United Nations’ Framework on Climate Change. Prof. Anindya Sarkar suggests that such large-scale relocation may occur in the future too, due to alterations in climate. An exhaustive report on the findings were published online in the Elsevier Journal “Archaeological Research In Asia”. 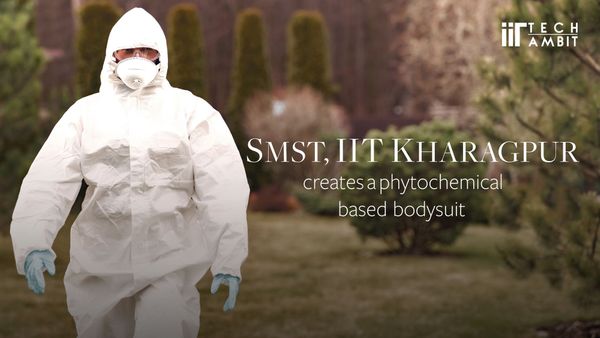 The School of Medical Science and Technology, IIT Kharagpur is creating a phytochemical-based antiviral bodysuit to restrict the spread of SARS-CoV-2. 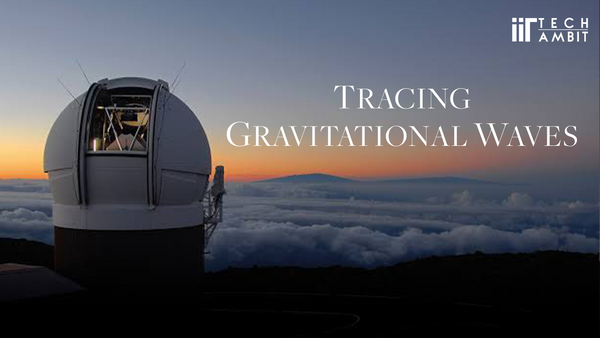 Probing the genesis of gravitational waves is the next step after detecting them. Taking up this formidable task is a special global group of which India is a part - GROWTH.