Blogging, in today's world, has gone from being a professional or business-exclusive utility to an integral personal phenomenon slowly taking over our generation. There are many reasons people have blogs today. Still, the upsurge of personal blogs and the widening audience can essentially be linked to the same drive for self-expression and sense of oneness - or simply, community - that inspires most art. To talk about this new wave of bloggers, the path ahead of them, and experiences stemming from cultivating his blog all of these years, let's find out more about Basil Labib, an engineering undergraduate at IIT Delhi who runs a personal blog "as a passion project."

"Sometimes, people get into blogging for all the wrong reasons." Basil starts before amending himself. "There's no right reason or a singular purpose to blogging. You just have to want to blog for the sake of blogging, not for the sake of looking classy. That's the only gatekeeping I'll allow myself to do."

The uniqueness of blogging as a medium of expression is precisely this; no rules tell you to be a certain way, follow a particular format, or write about a fixed bracket of things. There do exist niches on the internet, from tech-based bloggers like Stephen Brennan (brennan.io) to life bloggers like Allie Brosh ("hyperboleandahalf.blogspot.com"), who gather a large and faithful audience by recollecting and animating life stories on the internet. Personal blogs generally span across many niches which helps them stand out in this paradigm. In his words, Basil's blog "was never supposed to be locked into a particular niche … Not least because I had no idea what that niche would be."

However, regardless of what you blog about and why you began - be it to polish your creative writing skills or simply to document the ups-and-downs of your life, or even just because you feel really strongly about movies and would like to share - the one thing that binds the community together is the sense of love, pride, and passion for their blogs. The learning curve might be steep, and consistency doesn't come quickly once the adrenaline of firsts wears down, but once you've gotten over the curve and made your blog into something you can look back and be proud of, it gets much easier to continue.

Most bloggers start with a handful of ideas and boxes to tick off their bucket list instead of an actual schedule or game plan. For them, the first challenge is picking the right platform. There are many blogging platforms on the internet to pick from, ranging from WordPress to GitHub - depending on your desire to create your blog entirely from scratch and familiarity with a terminal. It's usually advisable for new bloggers to begin at a platform they're comfortable on, although there are plenty of tutorials and manuals online for somebody who wants to "dive into the deep-end". Moreover, the reason a lot of bloggers end up choosing GitHub over WordPress (eventually, if not at the beginning) is because of the freedom it allows. Essentially free to all users, GitHub gives you a chance to butcher its code and change the layout entirely to your liking when pitted against WordPress, where you select from a list of color-coded themes and cannot even change the paragraph placement ahead of that. This difference stems from the very roots of GitHub and Git.

"To use GitHub, you must be at least a little technically aware and able to handle stuff like Git - or, simply, be willing to learn. Git is a version control system, which means that it's a system that maintains every possible state of a file, enabling the possibility of reverting - something which becomes very important when dealing with large amounts of data or code. It was created by Linus Torvalds, the creator of Linux, and isn't the only software of its kind, albeit the most popular. GitHub, thus, is just a service that gives you a remote to save your codebase on their hard disks - provided with a layer of Git on top of it."

There are several features that GitHub provides, GitHub Pages being one of them; that is essentially a free static site hosting service, generally used to blog. Contrasted with WordPress, where your blog's address contains an additional 'WordPress.com' until you purchase your own domain, another benefit of GitHub Pages is that it provides you with an organisational website - your blog can look like your username-dot-github-dot-io, minus the extras.

Moving on to how blogging on GitHub works in the first place, Basil recounts his own journey that led him to Hugo. Using 'index.html' is not very productive in the long run, so GitHub also provides a static site generator. It's configured to use Jekyll by default, which is a library that allows you to define templates - you can write your posts in markdown in a different directory, and Jekyll essentially builds your site for you, HTML and all. But Basil soon realised that Jekyll wasn't enough, which ultimately brought him to Hugo - another SSG written in Go. It's harder to use than Jekyll since it's not the default, and you must use a CI/CD (continuous integration and continuous deployment) platform called GitHub Actions to make it possible. However, Hugo has several advantages over Jekyll, such as a painless setup, blazingly fast build-time, and a much higher hacking propensity - which enables one to add and remove as many features from the default as per their wish and configure it entirely to their liking.

"For example, there was a time when I had a lot of things I wished to talk about, but they couldn't be fleshed out into entire posts by themselves - so I ended up introducing a new section called 'Droplets' via (an open-sourced) code that I wrote into my own blog. And the freedom to do these things is exactly what makes GitHub and Hugo that much more viable for me."

All in all, the only setback of GitHub is the absence of an 'accessible' user interface for former non-coders - but if you aren't afraid of putting in the time and effort to figure out the nitty-gritty on your own, the internet is an ocean of resources, and GitHub is the place for you and your blog.

Talking about the rise of aspiring bloggers also brought us to discuss the growing community of bloggers outside of HTTP and the worldwide web. While HTTP allows the transfer of more than just text, some corners of the internet run exclusively on text-based protocols, thus avoiding the visual 'noise.' But since there exists no proxy to get you here, and it can only be accessed through specific browsers such as Gemini, you are left with a vibrant community of people who seek to be a part of it, and probably go ahead and post stuff they would not have on the 'normal' internet.

"And the cool thing about this is that it brings together a variety of invariably quote-unquote tech geeks across the world, unified purely by their love for words - and tech, obviously."

In the end, ironically enough, we circled back to the history of blogging. The only way to see how far you've come is by looking at where you started. And it's endlessly fascinating to think about the very first bloggers. Imagine you have this telephone line connected to your very primitive 4K-RAM computer. The telephone line links you to the university computer, which, of course, has a timesharing system meaning other people are waiting in line to use it. And you use that time to edit an HTML page in a text editor like vim and write your blog. Needless to say, blogging was a highly specialised domain, accessible only to a select few who the newly invented WWW connected. But that's just how badly they wanted to blog. And that's the shoes we've got to fill.

Drawing a link to his journey, Basil explains how maintaining a blog has made him more responsible for time. "It's not just something to be accomplished; it's something to be done consistently; it hasn't just made my life more fulfilling but broadened the expanse of my mind in ways I didn't see coming."

A discourse on blogging and a blogger's perspective could probably never be exhausted. Still, the conversation had to come to an end eventually - and it concluded with a peep into digital gardens and the importance of consistency and independence from external quantitative validation for up-and-coming blogs. After all, this new wave of bloggers has already taken the world by storm, and in today's digital landscape, they're here to stay. 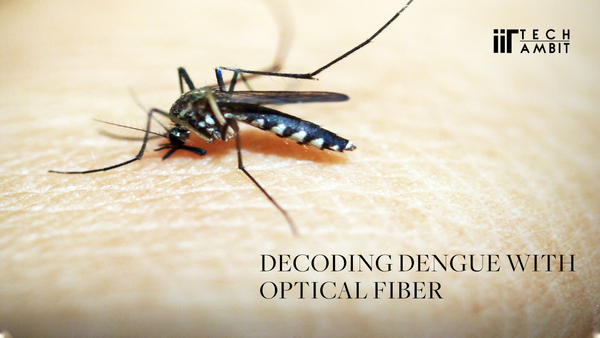 Read the story of how two researchers from IIT Delhi developed a novel technique to diagnose diseases using optical fiber. 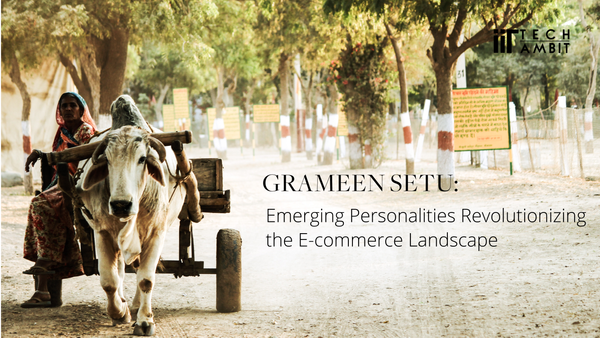 The IIT Kharagpur Grameen Setu team won the Dhaka Regional Summits for the Hult Prize 2022. These exceptional individuals had a bright idea to create a new freelance and e-commerce platform that aims to bridge the gap in the market between rural SHGs and urban enterprises.