Did you know that reading this article is possible because of the large fiber optic cables spanning continents and oceans intertwined into millions of computers to form what we all call the INTERNET?

Amazing right? What if I tell you that this fiber optic technology has applications in the biological world like detecting biomolecules, diseases, and more?

Yes, you read that right; we interviewed two researchers from IIT Delhi, Dr. Anisha Pathak and Dr. Shashank Gahlaut, who completed their Ph.D. under the guidance of professors Dr. B.D. Gupta and Dr. J.P. Singh, respectively, to hear more about how they developed a new methodology for detecting dengue through fiber optics.

"Health is essential in our lives, so we wanted to contribute to health and biomedical sciences. The health sector is a field that attracts all other fields to work, and every research aims to improve in some way the usability, accessibility, and reliability of tests and diagnostics of health for the betterment of humanity."

While the globe continues to fight the deadly crown-shaped virus, it hasn't managed to escape the fatal diseases spread by the irritating blood-sucking mini-monsters known as mosquitoes.

Dengue fever is the most common vector-borne viral disease in tropical and subtropical regions. Each year, it affects around 390 million people worldwide, and approximately 2.5 billion people are at risk of dengue infection. There are four dengue virus variations (DENV-1, DENV-2, DENV-3, and DENV-4), and each is transmitted by the bite of an infected Aedes mosquito species.

Sometimes, the disease progresses to Hemorrhagic Dengue Fever (HDF). If HDF is left untreated, it can result in death due to dengue shock syndrome, a condition in which a large amount of plasma leaks out of blood vessels, causing a sudden drop in the patient's blood pressure.

Until recently, there is no medicine or vaccine for dengue.

But as rightly said by Mahatma Gandhi-"A correct diagnosis is three-fourths the remedy", studies show severe dengue mortality rates can be decreased from 20% to 1% with early detection followed by proper support therapy from experienced healthcare providers. Up to 5–9 days after onset of infection, antigen biomarkers(like barcodes of the biological world) are present in blood serum, but afterward, the body generates its antibodies.

Dengue virus is a single-stranded, enveloped virus. Once entered in body, it's broken down into mainly three structural proteins: C (capsid), M (membrane), and E (envelope), and seven non-structural (NS) proteins (NS1, NS2A, NS2B, NS3, NS4A, NS4B, and NS5) by the protein-digesting enzyme protease. As NS1 protein is found in blood plasma, it is the primary biomarker and is mainly used to detect dengue.

Most widely used tests for dengue are absorption and fluorescence-based antibody tests, virus isolation in cell culture, and RNA-based molecular detection techniques, e.g., reverse transcription-polymerase chain reaction (RT-PCR, I am sure pretty much everyone has heard of this now). However, most virus detection techniques are not well-suited for early-stage detection as they take several days for culture and require costly equipment and skilled personnel. Besides, they are not 100% reliable and sometimes give false-positive results.

However, optical-based approaches have recently demonstrated promising outcomes because of their high sensitivity and rapid results without requiring complicated procedures.

One of these optical sensing methods is called Surface Plasmon Resonance (SPR), in which light is coupled (similar to how it converges in a laser) with the photons of plasma (plasmons) at the interface of a dielectric (in this case, the analyte sample) and metallic thin film. This coupling is quantified as a resonance parameter, which is highly dependent on the refractive index of the analyte concentration and is expressed as a transfer of energy from incident light to surface plasmons at the interface.

Implementing the above technique, our researchers designed a portable fiber-optic SPR probe with a sensing element with a high affinity for NS1 protein. It was achieved by attaching anti-NS1 protein to the thin silver-coated probe that would fit into NS1 in the sample just as a key fits into a lock. This precise setting of anti-NS1 on the probe is done by using a method called SAM (Self-assembled Monolayers). It's a process of dipping the probe into a solution of linker molecules like -4 ATP, cysteamine, 3-MPA, 1-HT, 11-MUA, or mixed SAM (1-HT+11- MUA) that attach firmly to the silver surface on one side and provide binding sites for incoming antibodies (like anti-NS1) on the other. Once the SAM layer is set, the probe is dipped into NS1, and some other chemicals serve as a medium.

CHALLENGING PART OF EXPERIMENT: According to Dr. Anisha,

"The first challenging part of preparing the probe was making a uniform thin layer of silver by manually rotating the fiber at different angles. Then we spent a lot of time finding the perfect SAM layer and optimizing the antibody's attachment. Finding the selective layer was the most challenging part because, in the end, we directly read the SPR measurement in terms of wavelength shift. Hence, we want only our analyte of interest to show the shift and not any other analyte."

SPR measurements were performed using a tungsten halogen light source and a spectrometer. A lab-made flow cell was used to insert and remove the sample solution.

The light was launched in the optical fiber probe fixed in a glass flow cell through its one end. This light traveling through the fiber by total internal reflection excites plasmons in the sensing area consisting of coatings of silver and SAM. The spectrometer collects the light exiting from the other end of the fiber probe to record the SPR spectrum using a computer interfaced with it.

Once the probe is tested with a sample containing NS1 antigen, the antigen binds to the anti-NS1 antibody, resulting in a change in the dielectric's refractive index. This, in turn, is registered by the spectrometer as a change in the resonance wavelength of the SPR signal in incoming light. The change stabilizes after around 25 minutes with a characteristic 27nm shift. Thus, the probe shows a swift strategy for detecting the dengue virus in the early infection stage of patients. Each probe was also tested for repeatability for 4–5 cycles, and it was found that the result was highly repeatable, with errors within 3–4%. The team compared clinical and actual samples received from the National Institute of Medical Research(NIMR, Delhi), and the results aligned with the current technique.

"In India, it's a huge scope to develop and fabricate SPR-based sensors because no company currently does it; even abroad, very few companies are working on it. Prof B.D Gupta at IIT Delhi was one of the pioneers who initially worked on it and introduced it to India. So it has huge potential to be developed as a product because it is effortless to use and cost-effective. We will be more than happy to collaborate with industries to develop this as a product in the future."

The presented optical fiber probe-based SPR setup has the potential to provide additional advantages like point-of-care diagnosis, remote sensing, and real-time monitoring of patients, which may be extended to in-vivo sensing for easy and miniaturized clinical setups. It can also be extended in diagnosing other diseases or biomolecules like cholesterol, urea, dopamine, cortisol, etc., which can help make important health decisions early on. 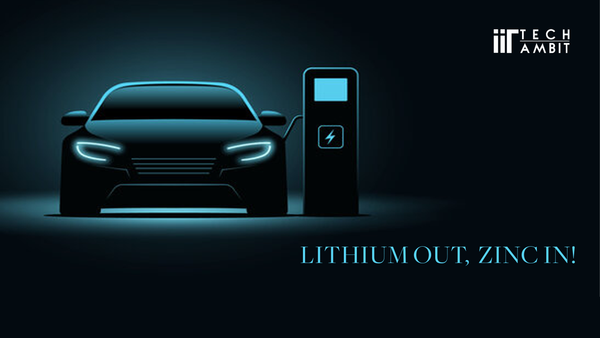 We often hear of the mishaps involving Li-ion battery-run electric vehicles. Read on about how a group of Research Scholars at IIT Madras has developed a feasible alternative- the mechanically rechargeable Zinc-Air battery. 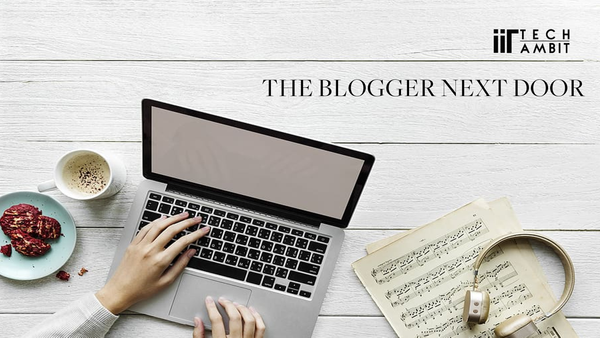 With the new wave of personal blogs flooding the internet, get behind the scenes of a blog with Basil Labib, and a chance to look beyond the final draft into the way it all falls into place on our screens!