With new cases per day crossing 80,000, India needs to find economic and scalable ways to test the population for the COVID 19 virus. Currently, it takes about 3-5 days for the results of a standard PCR test to reach its patients. Further, each lab in India can trial about 200 samples in a day. The need of the hour is to rapidly test millions of Indians, who are part of the workforce to kickstart the economy. We also need to regularly test medical staff to ensure that the disease does not spread from one patient to another. However, our current testing capacities are simply not sufficient to test those that need to be screened daily for the virus.

Thus, Professor Manoj Gopalkrishnan, Electrical Engineering IIT Bombay conceptualised Tapestry, a method to pool COVID 19 samples which reduces the number of trials required to test a given number of patients. In other words, it uses compressed sensing algorithms to test n patients while performing only m trials, where n >> m. For example, they recently tested 105 samples using only 45 trials with 100% accuracy. Thus, implemented correctly, Tapestry can be used to test twice as many people as traditional PCR sampling.

So let’s have a look at the team making this possible.

The research team consists of two parts, one at IIT Bombay and the other at NCBS (National Center for Biological Sciences).

The team at IIT Bombay deals with developing the algorithm and mixing patterns for the samples. They have also developed a mobile application which gives specific instructions about pooling the samples. There are about 25-30 undergraduate students in the second and third year working from IIT Bombay.

The team at NCBS, Bangalore tests the accuracy of Tapestry on actual COVID samples in lab environments. They physically perform the pooling of samples as instructed by the application. Samples which have already been tested are used to evaluate the sensitivity and specificity of the algorithm used for pooling.

Conception of the idea:

The initial idea of this project was thought just before the lockdown when COVID-19 had begun spreading in India. Prof. Manoj Gopalkrishnan was keen on improving COVID scenario. He simply asked his PhD student, Sabyasachi if he could come up with a way to reduce the number of trials required to test a given pool of patients. This one question kickstarted project Tapestry.

His initial solution to this problem was analogous to the binary search algorithm where they would split the samples and perform sequential testing. After splitting the samples from the previous round into two equal pools, we reject pools which test negative and perform tests on the positive pools only.

This is an adaptive method of testing where further tests depend on previous results. Since multiple tests are performed sequentially, and each test takes 3-4 hours to complete, this proved to be a rather slow procedure.

Close, but not close enough

To make their research more practical, they started working on non-adaptive testing methods. In these methods, with just one round of testing of all the pools, it is possible to get the results of the samples. One such non-adaptive method is COMP(Combinatorial Orthogonal Matching Pursuit). By COMP, we can get to know which of the pools have no traces of the virus. So, we can declare these samples virus-free. The pool with traces of the virus is declared positive.

To get an idea of what these pools look like, let’s say we plan on testing 105 patients. We test the patients in pools of 7 such that each sample from each patient is tested thrice. This means we perform 45 tests, each test containing samples from 7 different patients.

COMP gave a sensitivity of 100% and a specificity of 92% on a synthetic data where the total no.of positive samples were about 10% in a given set where-

Sensitivity = the ratio of the number of correctly detected positives to the number of actual positives. Tells us what per cent of positive cases are detected.

This method had three major drawbacks:

Firstly, as the ratio of positive samples in a set increases, it is evident that this method would give more ‘false-positives’ as the whole infected pool is declared positive. Thus, it works well only when the no.of positive cases in our sample set are very few.

Secondly, this method does not take into account the viral loads (can be understood as the density of the virus) in a sample and thus, did not use all available data. Detecting the viral load is very important because it also indicates the severity of the infection (a greater viral load implies a more severe infection).

We need a method which reduces the number of ‘false positives’ and taken into account the viral load of each test.

This is where professor Manoj’s knowledge in compressed sensing came in handy. He suggested the use of methods to be used after COMP that would improve the testing specificity. He then enlisted the help of Professor Ajit Rajwade of the CSE department to implement compressed sensing algorithms. These algorithms were able to achieve a specificity of more than 95% when tested on computer-generated samples.

After months of perfecting their compressed sensing algorithm, they were ready to test it in labs. When tested by lab staff at NCBS, Bangalore compress sensing yielded results which seemed unbelievable. Certain pools were 100% accurate. There were no false positives, or false negatives and every single prediction made by the program was correct.

The next article plans on exploring these methods in order to understand the research better. We also plan on covering the future application of this brilliant discovery and how it may aid us in our fight against the virus.

In this era of humongous growth and fast-paced development, startups and entrepreneurship have become a viable path for college students and youngsters, dreaming about revolutionising the world through their thoughts 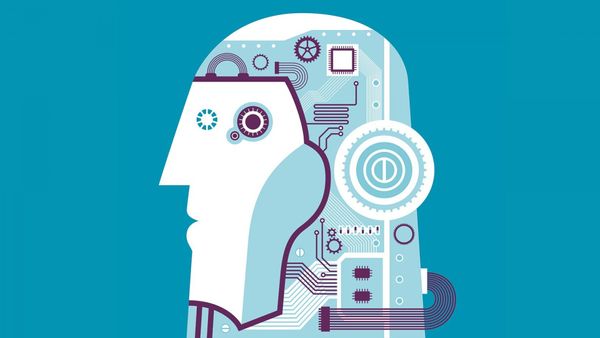 Initially conceived as a technology that could mimic human intelligence, AI has evolved in ways that far exceed its original conception. Read ahead to see what IIT Delhi is doing to produce genius brains who can use AI for better world.