IIT Bombay’s contingent branded as ‘Bombay 76’ (after pincode of its location Powai - 400076) spectacularly emerged as the First Runner-Up at the Inter IIT Tech Meet 9.0 bagging 3 Gold, 2 Silver, and 4 Bronze medals. It scored the highest points (600) in the low-prep Jaguar Land Rover (JLR) Problem Statement and went on to win gold. This article features an interview with Manthan Dhisale, an IITB contingent leader who also led the JLR team. He along with his co-lead, Aryan Agal, and the General Secretary of Technical Affairs 20-21, Anirudh Mittal, played crucial roles on this adventure.

Q. An introduction of you and your prior IITB experiences?

A. Hi, I am Manthan Dhisale, a Master’s Student from the Department of Mechanical Engg. at IITB. My research interests include computational stuff in various subfields of Mechanical like FEM, CFD, CSD, HPSC, and the recent AI/ML applications in Industry 4.0. My journey at IITB includes various experiences from technical to managerial along with the usual academics. I work as a Senior Design Engineer in the Air Delivery and Aerodynamic Subsystem of Team RAKSHAK IITB, a tech team dedicated to Fixed-Wing UAVs, VTOL, and the Drone Tech. Being a senior member at RAKSHAK, helped me to learn the aspects of “Technical Management”, which involves identifying the exact tech skill-set required for problem solving along with chalking out the timelines, distributing work among the members, and fire-fighting in a last moment rush. Apart from this, I was fortunate to have other roles like Post Graduate Nominee, Mech Department, where I was responsible for taking important decisions regarding conduction of academics, PG students issue addressing, introduction of new courses, and many more. The overall aspects and learnings that I received from my prior experiences helped me to better understand the Problem Statements (PSes), exact skills required for solving the PSes, networking with the tech-community of IITB, and contacts with the faculty.

Q. How was your overall Inter IIT Tech Meet experience?

A. It was pretty great! It was really tough to organize the event virtual, but the IITG team nailed it. Also, to be honest, this was my first experience of Inter-IIT Tech. Of course, I was a part of the organizing team of Inter IIT Cult Meet 2019, but this experience is something beyond, which most of the techies like me await for!

Q. Can you throw some light on the efforts and preparation that went behind putting up a successful performance?

A. This was possible with the help from my co-contingent lead Aryan Agal and GSec TA Anirudh Mittal along with the Core Team. The simple approach that we used was dividing the problem statements based on our technical expertise, conducting interviews, and selecting the leads. The strategy followed was different for different categories of PSes. For high-prep, we had enough time for team leads selection and interviews, and it went somewhat similar for mid-prep as well. It was a real rush for low-prep due to the time crunch, but still, we scrutinized for all the best talent across IITB and finally, our efforts paid off.

Q. What got you interested in going for the JLR problem statement?

A. One of my projects in the domain of Computational Structural Dynamics (CSD) involved the Design Optimization of a Full Car Suspension System for Rider’s Comfort. So the JLR problem statement was much on these very lines except it required knowledge of electromechanical systems, which I was aware of due to similar courses in my Bachelors.

Q. What was the technology required to be worked upon?

A. As the world is shifting towards renewable energies and low carbon footprints, the inclination of the automobile industry has already begun towards electrification. However doing so gave rise to newer constraints like battery size, power savings, etc. Various mechanisms have been developed till date including regenerative braking, use of photovoltaic cells etc. Though these can be considered as discrete sources of regenerative energy, there is another mechanism, which can continuously provide regeneration. No wonder, it will revolutionize the market and automobile sector. This is the DAMPING ENERGY HARVESTING SYSTEM!

Q. Can you explain the problem statement (PS) lucidly to our readers?

A. The PS was about designing a Damping Energy Harvesting System (DEHS) from the road vibrations. This particular application is quite generic, where we basically convert any form of vibrational energy to electrical/mechanical using mechanisms that can be purely mechanical (gear based/fluid power) or electrical based (capacitive). The only constraint was not to use electromagnetic and piezoelectric applications.

The Jaguar Land Rover PS: The damper in a car suspension dissipates vibrational energy and thereby dampens the oscillations. This helps in reducing occupant discomfort. Participating teams were supposed to think of a practically feasible method and apparatus through which the dissipated energy can be harvested. The goal was to to maximize the average power output of the proposed system through innovative and efficient design. The evaluation was done based on the number of working (each 200 points + 10 points/watt of power) and failed (each 100 points) systems proposed and demonstrated by the team .

Q. How did you set up the team and the right guys for working towards a solution?

A. Much of the stuff needed in the Mechanical part of JLR was already done. However, we still needed some guys who will work with the electrical aspects of the simulation. So we opened our recruitment for JLR mentioning the exact skill-set that was required. From the interviews, we formed our team with those who had experience in vehicular electro-mechanics and usage of SIMULINK for simulation. To mention my colleagues, we had Sumit Surekha, Varad Mane, Prashant Shettigar, and Yashwardhan Bahure. Highly energetic and motivational team-mates!

Q. What were the approaches discussed by you?

A. The approaches discussed were:

For details, checkout the repository:

Q. How did you emerge as the winning team?

A. The number of working mechanisms that we proposed (5) were many compared to other teams. Most of them were unique. For example, the VIV (Vortex-Induced Vibration) mechanism was inspired from the ocean engineering techniques for tidal energy extraction. We secured the highest points (600) and bagged gold!

Q. What all did you learn from this event?

A. This was a very special combination to be a Team Lead of JLR and Contingent Lead (CL) of IITB. It’s like experiencing a complete package of what Inter IIT Tech Meet had to offer. The best part was that, through all the presentations that were available for PSes, there was technology transfer among different IITs, which was bliss for us. An important learning was getting to know the various preparation strategies and presentation styles adopted by the other IITs. I also gained good techno-managerial experience as I had expected when I signed up as one of the CL.

Q. Any encouraging words of advice?

A. It’s not always true that only the team of highly expert individuals cracks a particular challenge! Na. The most important thing that is required is enthusiasm and more enthusiasm. Even if you don’t know a particular skill set for any challenge or PS, don’t worry, give it a try to participate and show the enthusiasm of learning what you don’t yet know. Just don’t hesitate to participate in as many challenges and competitions as you come across. You will definitely get a chance or a platform to showcase yourselves. Also, remember that academics is what you learn by default in your degree. The thing is: Did you learn to APPLY? If yes, then welcome, you are an “ENGINEER”!

A. Just want to express love and gratitude towards the wonderful organizing team of IIT Guwahati. Didn’t feel the barrier of being virtual! Thanks for that. 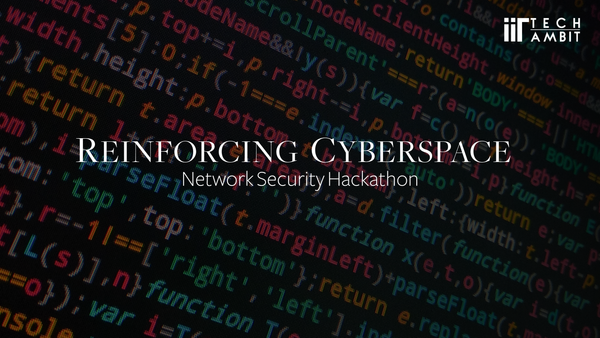 How a team from IIT Roorkee won the Gold Medal by reinforcing the domain of cybersecurity at the Saptang Lab’s Network Security Hackathon held at Inter IIT Tech Meet 9.0. 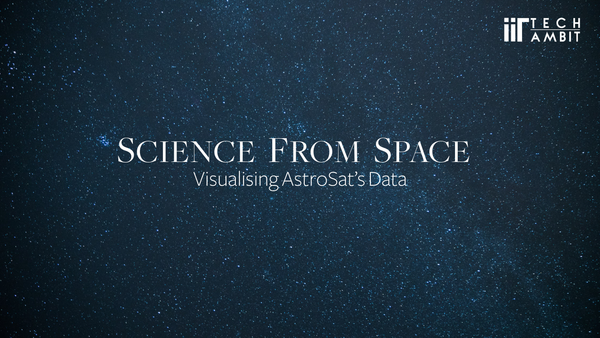