"Smart cities are robust, resilient to natural disasters, weather fluctuations and much kinder to the environment. The confluence of IoT, artificial intelligence and faster information processing has made ‘smart cities’ a tangible reality!”

Dr. Narayan B Mandayam is a Distinguished Professor and the Chair of the Department of ECE at Rutgers University. Dr. Mandayam was felicitated with the Institute Silver Medal at IIT KGP and has won many other accolades ever since, including the IEEE Advances in Communications Award (2015), IEEE Donald G. Fink Award (2014), Peter D. Cherasia Faculty Scholar Award from Rutgers University (2010), the IEEE Fred W. Ellersick Prize (2009) and the Distinguished Alumni Award from IIT Kharagpur in 2018.

The increasing takeover of the 21st century by the internet, advancements in communication technology, an abundance of computing and by the availability of a large amount of information we can ambitiously claim, that our lifestyles are to undergo incredible changes in the coming future.

Imaginations of the past are going to come alive when different areas of our life get digitally intertwined. Power grid control and monitoring, utility management, transport, telecommunication, water supply, waste management, education are set to undergo radical shifts leading to optimisation of city operations and services. Seamless interaction will be possible not only with communities but also with operational systems and infrastructure. This vision is slowly being realized with the emergence of smart cities as the way forward for urban planning.

The term “smart city” is being used for the design of new urban flows allowing for real-time interactions. This definition being unspecific allows for open interpretation of its meaning. Essentially the concept as Dr Mandayam quotes is simple, “Everything [in a city] is connected to everything else!” What might seem to be a simple definition comes with a daunting task spreading over data collection through the innumerable digital electronic sensors and integration of these sensors as a part of breakthroughs in information and communication technology.

One of the keys to such a smart city on the internet is efficient wireless resource management. Such an intelligent city is definitely populated by an abundant number of devices all competing to access these wireless resources faster. The result is the requirement for optimal and robust resource allocation. Having started his research with this concept, Dr Mandayam has developed many frameworks on which the algorithms used in wireless networks function.

“The ideas for such frameworks were founded on principles from microeconomics, the field of economics that models and explains how real markets behave”, he explains stressing on the importance of cross-field application of ideas and theories. One of the interesting factors to consider was the people who use these devices and their behaviour while interacting with them, which was modelled mathematically with concepts from game theory and prospect theory.

Currently working on designing smart cities which are robust, resilient to natural disasters and weather fluctuations and which are kinder to the environment, Dr Mandayam shows excitement to the promise that is brought in by the development of machine learning, artificial intelligence and faster information processing.

He predicts that they are going to revolutionise the fields of medicine, community welfare and energy management. A number of cities including Amsterdam, Dublin, New York, Stockholm etc. have implemented some of these ideas in a number of sectors and have seen considerable success.

In India, the Smart Cities Mission- an initiative of the Ministry of Housing and Urban Affairs, Government of India aims to develop 100 smart cities by 2020. The initiative plans to utilise three models namely, retrofitting, redevelopment and green-field development to achieve the objectives.

Retrofitting aims to plan ways to integrate IoT in existing cities with minimum infrastructural changes. Redevelopment involves replacement of existing environment and co-creation of newer settings by mixed land use and increased density.

Greenfield development introduces smart city concepts in previously vacant areas with proper planning, financing and implementation similar to the zealous attempt at developing ‘smart cities from scratch’ in PlanIT Valley in the North of Portugal and Songdo District in Incheon. These projects involve sensors planted throughout the city, interfaced with an urban operating system where one machine provides instructions to another and the goal is sustainability.

A major strategy undertaken by smart city experiments is the active engagement and collaboration of the citizens to develop innovative e-services complimented by the services being offered by private, transnational and open source developers. Data collection which is at the forefront of all requirements poses a critical question on the balance that needs to be struck between securing the privacy of individuals and providing the luxury that these services promise.

Apart from the ethical criticism which is growing at an alarming discussion in various communities, the moral dilemma is whether we should fully give in to the sumptuous embrace of an all efficient scientific system, thus moving further away from the randomness of active and co-dependent participation in shaping our own lives.

Then again it is these seemingly daunting and conflicting ventures that result in incredible discoveries. 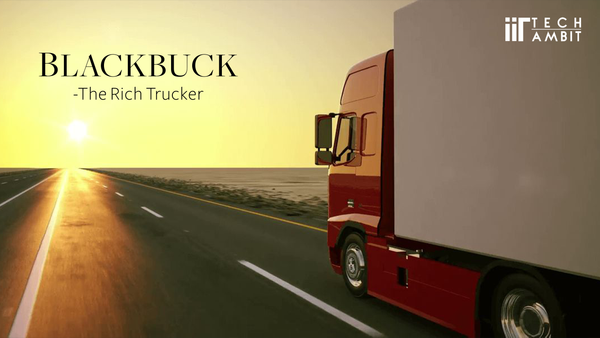 A sector expected to be worth a whopping $300 billion by 2020 struggled with lack of technology. Enter Blackbuck. Led by Co-Founder Rajesh Yabaji, Blackbuck aims to create a marketplace for truckers and buyers to exponentially scale down these problems. 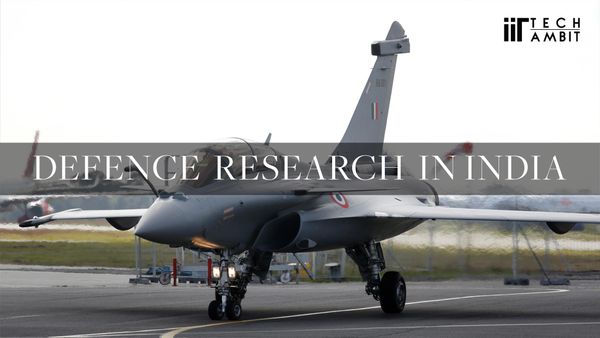