Even in this day and age of technological development, natural disasters and emergency situations are monolithic challenges for humans as a society. Every year such disasters and emergency situations cause monumental loss of lives and deal a very significant economic blow. With the recent boom in the popularity of AI and Social Computing techniques and related research, a possible solution might be underway towards improving disaster relief and preparedness.

Dr Saptarshi Ghosh from the Department of CSE, IIT Kharagpur has been working with a team of researchers from in and around India to develop such solutions to tackle this problem.

To some extent, we have chipped away at this problem by meteorological and geological developments which when combined with advanced computational capabilities have lent us prediction algorithms and analytic frameworks. These have helped greatly in helping us identify disaster-prone areas and/or focus development initiatives towards accounting for such events.

This has been an important stepping stone in cushioning the damage dealt by such disasters but much work needs to be done regarding when the disaster actually hits and how effective relief efforts are. There is a lot of ground to be covered in that aspect, in terms of how much information created is actually used and how effective communication takes place between NGOs, relief organizations and the people in need of help. With all of this being nearly impossible to do this from an external perspective, social computing techniques which rely on using human intelligence offers us a new hammer for possibly taking away a significant chip from this monolithic challenge.

The largest obstacle that is faced during a disaster/emergency situation for relief workers is the massive mist of confusion and the overall lack of situational awareness among relief workers and victims. The gravity and chaos, emotional or visceral, of the ongoing crisis, makes any form of communication very difficult between people. This, along with paranoia and fear that such events bring to us, hamper any organized relief operation because it makes coordination between the relief workers and those who need help extremely difficult, e.g. letting people know where supplies are being distributed or knowing where medical attention is needed the most at the moment.

Conventionally, it is very difficult to form a crisis map given the hectic confusion and paranoia contributing to an overall difficulty in communicating, but with the power of crowdsourcing with some algorithmic implementations, studies have shown it is possible to generate a crisis map which in turn would allow for a map between different agencies and data, i.e. victims, the crisis data and relief agencies; often referred to as an interagency map. This interagency map allows for coordination between victims and relief workers through the realtime information by the crisis map, which is at the crux of making any relief operation successful.

To understand how crowdsourcing is a good tool to be employed in this situation, it is necessary to have a basic understanding of what crowdsourcing is and how it works. Basically a portmanteau of “crowd” and “outsourcing”, crowdsourcing (in this context) is a social computing technique of distributing work among people and utilizing their collective human intelligence and data to get a job done.

The advent of Online Social Media (Twitter, Facebook) and widespread mobile internet accessibility have eased large scale communications to a great extent. This has resulted in more and more victims and on-site volunteers sharing critical information, who now act as “social sensors” who help in conveying information from the ground level, but all of this information is unvetted and largely usable only if someone who is in a position to act finds it credible.

A large quantity of raw untapped data directly from ground zero is readily available, which can potentially be used to help in coordinating relief efforts and saving lives. The crowdsourcing, in a way, has already been done via the people using Social Media, the data just needs to be filtered and used well.

The team of researchers at IIT Kharagpur (Complex Networks Research Group) has been working on developing AI techniques for utilizing the vast amount of data on Online Social Media (OSM) to help enhance post-disaster relief operations. Their work basically helps to bridge the gap between a large amount of data on OSMs to making a successful and effective crisis map out of it. This is a crucial step to finally moving to well-coordinated interagency maps and improving post-disaster relief operations. Their work touches upon using this data for improving disaster preparedness as well.

One of the works in this direction (and was subsequently published in the reputed journal ACM Transactions on the Web) was regarding summarizing the situational information:

Summarization is important because the data in such situations is so vast that it is impossible for any human reader to interpret and utilize it, much less a first responder who usually happens to be under huge stress. Moreover, in a country like India where multiple languages might have been used in the data regarding said crisis, support for these languages, abbreviations, their anglicized variants and inherently multilingual expressions need to be taken into account (e.g. "4 planes to leave for #Nepal tmrw carry meds, med team, 30-Bed Hospital" where tomorrow is shortened to tmrw and medicine and medical are shortened to meds and med respectively). Such a summarized form of data would greatly help the police force and first responders coordinate their relief operations.

When these groups which want to conduct organized search and rescue operations, manage allocating supplies - food or medical - such data is extremely crucial to be able to effectively carry this out.

Another important work in this direction has been regarding the extraction of critical and actionable information from the rest of the data:

Data on OSMs during disasters can be of many types, e.g. of unactionable types like expressing sympathy, blaming someone, or of actionable types like resource needs, resource availabilities, information regarding trapped people or any other form of urgent requirement of help, etc. Some tweets regarding resource needs or resource availabilities are very important, as they can be central to coordinating relief work around them because of how important resources are in such critical times.

This critical and actionable information makes up a very small (~2%)  percentage of the flood-mass of data on OSMs as this data is drowned within a much larger mass of tweets and other posts, mostly expressing sympathy or engaging in hate speech in some cases. Since this data as well comes with the previous challenges - of working with multiple languages and mixtures thereof, along with navigating through abbreviations - traditional text processing software doesn’t work very well for this application.

Recent advancements in AI, specifically in Deep Learning Models are hence being used to navigate this problem.

The aforementioned research efforts aim to improve disaster relief coordination to make it more effective in terms of either painting a much more detailed and accurate crisis map, or directly improving interagency interaction by filtering out data that has to be directly acted upon. That being said, more work has been done to improve crisis situations using social computing and other forms of analytics in ways other than these as well.

One of these has been regarding communal posts and misinformation during crises:

Not all tweets and posts are of some utility, many people, sadly, resort to communal hatred during such times, such as blaming Kerala Hindus eating beef for Kerala floods or blaming Kashmiri Muslims for the Kashmir floods. If not communal hatred, many posts include straight-up misinformation, exaggerating the crisis, underplaying it or being plain wrong. The team of researchers has developed methods to classify data as communal or a rumour so that its effects can be countered quickly by spreading the actual information or urging people to not indulge in communal hatred during a time of crisis.

Another important work has been regarding preparedness:

The data that has been extracted can be used to prepare services to optimize search, rescue and relief efforts for future disasters. Time-Based priority order of relief can be identified by analyzing how the demand/supply of resources pans out, or basically how the crisis map behaved with time.

For example, WhatsApp forwards among medical practitioners were observed over a three month period after the 2015 Nepal earthquakes, to get data detailed regarding medical requirements in a post-earthquake scenario. It was found out that for the first week, the main focus was on treating bone-related injuries and psychological trauma, and in the next few weeks, the focus has to shift to children, pregnant women and water-borne diseases.

How far is it from reality?

This research work still has a long way to go; the monolith is huge, but our chipping is consistent. These algorithms as of now are in their theoretical stage but when correctly applied, they can be very useful in constructing web-based systems and mobile apps for aiding post-disaster relief operations.

With the aforementioned algorithms and techniques implemented in well distributed and connected mobile applications, a person in the control room can get live updates regarding the crisis, the resources needed, the resources and personnel available, and coordinate relief operations.

In the future, it might be possible for separate technological pathways to exist where the social sensors on the ground can directly channel information or validate data. Many relevant algorithms have been developed, all of which can definitely be made into a technological product such as a Web-based system and mobile app.

The volunteers/victims in a certain area can use the app to get updates about what is happening around them. That being said, these steps will require interest from Government and non-Government organizations, for instance, to recruit volunteers, train them to use the app, etc. It is contingent upon our policymakers that such new advances are nurtured and given proper attention.

The day when disasters and large scale emergency situations become a dreaded relic of the past is a long way to go, and we have a lot of work to do before we reach there, but it’s good to know steady strides are being made. After all, this is just one of the million other challenges humanity has taken upon itself in our persistent drive for existence.

This research work is partially funded by SRIC, IIT Kgp and The Government of India. 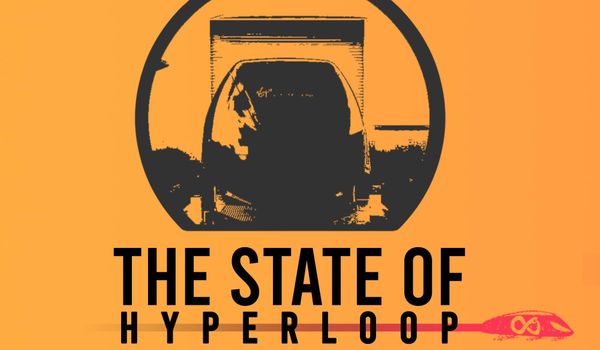 A story of the pursuit of engineering excellence in Chennai, far from the bright lights of LA and the silicon sheen of SF, and how the first implementation of a futuristic technology might be in India. 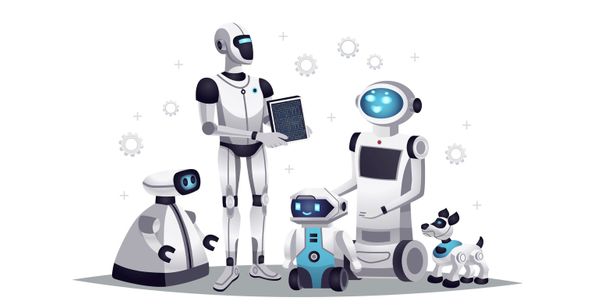 With the rampant spread of the pandemic, personal hygiene, sanitation and large scale disinfection have become the need of the hour. Indigenous robots are assisting doctors, nurses and other hospital staff to ensure all hospital activities run smoothly.