Living in the era of a pandemic, it is often easy to associate microorganisms with villainous creatures that threaten civilisation. This probes us to question what Marvel has fed us all these years, does good indeed hold over evil? Keeping age old philosophical questions aside, the harmful impact of these organisms has easily overshadowed how dependent the entire ecosystem is on them.

While we do study the vital organs of our body like liver, stomach or kidney, one can argue that your microbiota is an entire underplayed organ in itself, one you can’t survive without. Our bodies are home to a plethora of microorganisms like bacteria, fungi, archaea and even viruses, this is known as the microbiota. Like a fingerprint, your microbiota is a signature of your body, only, it provides the opportunity to share and exchange. While a compromised microbiome may be reflected in one’s poor health, a healthy human being’s microbiome is one to learn from since it holds potential to greatly improve each one of our lives.

It is only natural to assume that microbiomes are just as essential to other life forms as they are to humans. Thus, one wonders about plant-microbe interactions and what we see is overwhelming. Plants are dependent on their microbiome for growth, health, nutrient uptake, stress resilience and resistance to pathogens. This, until recently, was untapped territory. The potential of harnessing the plant microbiome could revolutionise agriculture as we see it now.

Why should we stress on plant microbe interactions in the first place?

It is estimated that we would have to double our food production as the population of the world grows to approximately 9.1 billion by 2050. Why this task is so challenging is because we have maxed out on using our external resources efficiently. We have successfully understood how to maximise the number of plants we can grow in a given amount of land. We have continually relied on fertilisers and other chemicals for nutrients essential to crops, so much so that there isn’t much scope of increasing their concentration in the soil anymore as they have already been overused. Over the last few years, the agricultural industry has witnessed reducing yield gains. With poor agricultural practices, we have already destroyed the microbiota significantly. In light of economic instability of the world, climate change and maxed out external inputs, we need a newer approach to improve agricultural yields. This is where cultivating the plant microbiome comes into the picture. It not only provides the possibility of increased yields but also a decreased requirement for chemicals like pesticides, insecticides and fertilisers.

This is what Dr. Shilpi Sharma and her lab at IIT Delhi work on. Dr. Sharma identifies herself as an environmental microbiologist who sees immense potential in microorganisms not only to change the face of agriculture but as model organisms from which we have a lot to learn. Her lab works on sustainably using this biotic component of the soil as efficiently as possible.

Their work is mainly based on the organisms living in the rhizosphere which is the narrow region of the soil referred to as the microbial storehouse. It is an extremely rich region with respect to its microbiota due to plant roots making strong associations with the soil microorganisms providing them with an ecosystem to thrive in.

To bring in perspective how drastic a change an improved microbiota can have, here is a picture of a plant grown with mycorrhizae (right) and one without (left).

Mycorrhizae is a fungus that grows on plant roots in a mutual symbiotic relationship with them. It helps in nutrient uptake and improving the soil biology. It can comprise upto 80% of the root system! It helps the plant tap into depths and crevices the roots were incapable of reaching themselves. The hyphal network that ramifies into the soil can be more than 100 meters in a single cc of soil! It is evident from figure 1 how drastic the improvement in the root network is. Among various other advantages, one major selling point is that mycorrhizae is not very species specific and can be used to enhance growth of most crops.

Rhizobacteria, as the name suggests, is root associated bacteria living in the rhizosphere. They promote plant growth and enhance recycling of plant nutrients. There is extreme variation in rhizobacteria  and their effects are quite species specific. Thus, a lot of thought and research needs to go into understanding exactly what kind of microbial composition of the soil is needed to enhance yield which could vary from species to species, consequently requiring a lot more work.

Bacteriophage, another class of microorganisms, has proved to be essential for prevention of infection from bacteria. These are viruses that infect bacteria and not the host organism, protecting it from pathogenic harm. What is remarkable is that they have very few off target effects. Although they are highly promising, they are still challenging microbes to work with in agriculture. However, in the light of increasing antimicrobial resistance we need to look for alternatives and this provides potential to do that. Thus, the lab is also involved in the surveillance of antimicrobial resistant bacteria and genes in agro-systems since that is a pressing issue which often leads to great loss of crop yield. Disease suppressive soils, another interesting area of research, are soils that provide protection to crops from soil borne pathogens due to the efficient microbiome that they are composed of. A combination of such techniques has potential to replace antimicrobials used in agriculture which further harm the soil by destroying its microbiome.

The lab also works in the assessment of soil health as a result of different agricultural practices as that is a major contributing factor in building the soil microbiome. We need to focus not only on what the better microbiome would be but also on how to efficiently deliver it so that it would thrive in the soil. Especially with climate change, we need to promote plant growth under stressed agro-ecosystems and the biotic component of the soil has a major effect on crops being able to handle environmental stresses.

For years we have bred plants for better plants, what we now need to learn is how to breed microbes for better microbes. Fortunately, this task is easier than it seems since plants can identify which strains of the microorganism are more helpful for their own needs and in turn favour that relationship over the others. Thus, the symbiotic relationships that are more fruitful to the plant thrive, giving us information about which microorganisms to breed and how. Unlike plant breeding, we do not have enough experience in microbe breeding which is why this ability of plants is the ideal way to learn more about which strains of microorganisms to exactly look for. With advanced sequencing and computational techniques used in the lab, there is a lot of scope of improving our understanding of the soil microbiome and sustainably enhancing agricultural yield.

With the research going on in Dr. Shilpi Sharma’s lab, the inability to provide any more external input for improving agricultural yield doesn’t seem like a dead end, rather an opportunity and a much needed wake up call to harness what was already present in nature, its diversity in life forms. Who knew, the answer lies with the much overlooked and misunderstood category of organisms living right under our noses (well, roots to be precise). 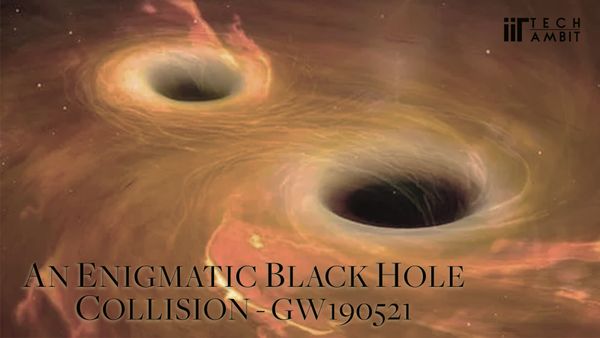 A year ago three interferometers on the Earth detected an atypical gravitational wave. After studying this signal for more than a year, in September 2020 the scientists presented a paper stating the mysterious reason of this emission. 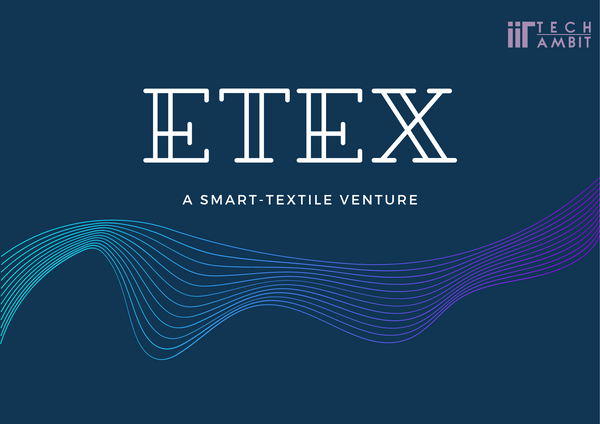 In the era of smart devices, we now have smart textiles! E-TEX is an IIT Delhi based start-up that brings fabrics just as ingenious as the rest of our gadgets; which have therapeutic, monitory, and performance-enhancing uses!