As Shelley declared in Frankenstein,

Nothing is so painful to the human mind as a great and sudden change.

Yet we, on our high horses as masters of the world, often ignore the tell-tale signs of impending change nature keeps leaving around us. And end up waking one day wondering what got us here, so far from where we started. How do these changes happen?

Take, for example, desertification. Many lines of evidence suggest that desertified land was once filled with a lush green cover. Indiscriminate cutting of trees and increasing wind and water runoff eroded fertile remains of the topsoil, making the ground too harsh to be recolonised by perennial seedlings.

Though the factors of change might have been at work for hundreds of years, the change, when it happened, was sudden and abrupt compared to the centuries of stagnation that preceded it. That being the way of change, it becomes imperative that we learn to understand and predict some of these changes happening around us in order to embrace them better or even work on preventing unwanted ones.

It was only around 2009 that Marten Scheffer, a Dutch ecologist and mathematical biologist, came out with one of the first papers on critical transitions, which seeks to explain these changes. Hence started a flurry of research on this extremely interesting and useful field, which can have applications as varied as preventing large-scale ecological transitions like desertification or predicting the exact moment when a pathogen outbreak will occur in a threatened system.

A majority of natural systems have multiple states of equilibria at any given point. When a drastic change occurs from one state to a contrasting one abruptly due to a small change in a parameter, it is called a critical transition.

Critical transitions are of great interest not only in natural systems in ecology but also in systems in engineering, medicine, finance, economics etc. Such studies are important because switches to a contrasting alternative stable state can often have drastic consequences. For example, the loss of transparency and vegetation observed in shallow lakes subject to human-induced eutrophication. As the nutrient concentration passes a critical threshold, the lake shifts abruptly from clear to turbid.

In epidemiology, critical transitions are of relevance to the emergence of new pathogens and the re-emergence of old ones. An intervention may cause the host-pathogen trajectory to cross a critical transition where pathogen prevalence drops to apparent eradication, the robustness of which is strongly determined by the structure of the transition.

In financial markets, these critical points are connected to systemic risks, which have led to a financial crisis in the past. Critical transitions are present in a variety of engineering systems such as an aeroelastic model exposed to gusts.

Hence it is pretty evident that the study of critical transitions is important not only to prevent unwanted transitions but also to have a greater understanding of the changes that occur around us.

Dynamically, critical transitions are represented by bifurcations, that is, qualitative changes in spatio-temporal behaviour caused by small changes in parameters.

There are different kinds of bifurcations, called by different names in mathematics and physics, which give rise to critical transitions in varied systems. Work on critical transitions has two main avenues- working on a temporal scale and a spatial scale. So far, most of the work has focused on studying early-warning signals, which are certain trends in systemic properties that appear as a tipping point( point of critical transition) is approached. These early-warning signals are mostly an increase in auto-correlation, an increase in variance and a slower recovery from perturbations.

The phenomenon of critical slowing down( systems take an increasingly longer time to recover from perturbations as a bifurcation is approached) has been extensively used to study other early-warning signals which can predict an impending transition.

Cases studied are as varied as systems in ecology such as global climate-carbon cycle models which predict loss of soil carbon under global warming to studying super-infection in malaria transmission models or using bifurcation-based sensing approaches in piezoelectric impedance-based structural health monitoring.

Early-warning signals have been particularly useful in the field of finance to predict critical transitions such as a stock market collapse. In a topology data analysis based method, time-series of multiple stock prices have been used to build time-dependent correlation networks, which exhibit topological structures.

The persistent homology associated with these structures has been used to track the changes in topology when approaching a critical transition. This method has been successfully applied in a case study to investigate a portfolio of stocks during a period prior to the US financial crisis of 2007-2008 and show the presence of early signs of the critical transition.

In living systems, model-less forecasting methods have been used to forecast an impending transition, like in a yeast population which exhibits a critical transition as the environment deteriorates. This method uses the phenomenon of critical slowing down to find a relation between recovery rates of the system as it recovers from perturbations to distance in parameter space to the tipping point.

By measuring time-series of the system as it recovers from perturbations at two parameter values in the pre-bifurcation regime, it has been able to predict the parameter value (dilution factor here) at which bifurcation will occur, that is, yeast population will become extinct. The method has been justified by experimental data.

However, most of the work done so far is retrospective in nature, that is, it talks about early-warning signals and their trends only after a critical transition is breached and we have a wholesome understanding of the system dynamics. To prevent unwanted transitions from occurring, we need to be able to predict them beforehand, even before entering the bifurcation regime, which is what current research focuses on.

For this purpose, several model-less approaches have been proposed, each with their individual drawbacks. Further avenues of research lie in finding a unified method that works for real data under stochastic external noise and not just controlled simulated experiments. They should then be extended to the spatial scale so that we can ultimately start working on sustainable management practices in ecosystems, for example, to prevent catastrophic shifts and focus on maintaining resilience.

Such studies can lead to tremendous booms in the business market if we are able to accurately forecast stock market trends. Relevant technologies can be built for sustainable management of ecosystems which focus on reducing the loss of resilience. They are already of relevance to a variety of engineering systems.

Epidemiological work can branch out towards malaria and cancer research. The most interesting aspect about this field is that the same underlying principles can be applied to a variety of disciplines, which, of course, is the entire point of inter-disciplinary science. Change might be the only constant but controlling and mastering these changes may effectively make us masters of our own destiny. 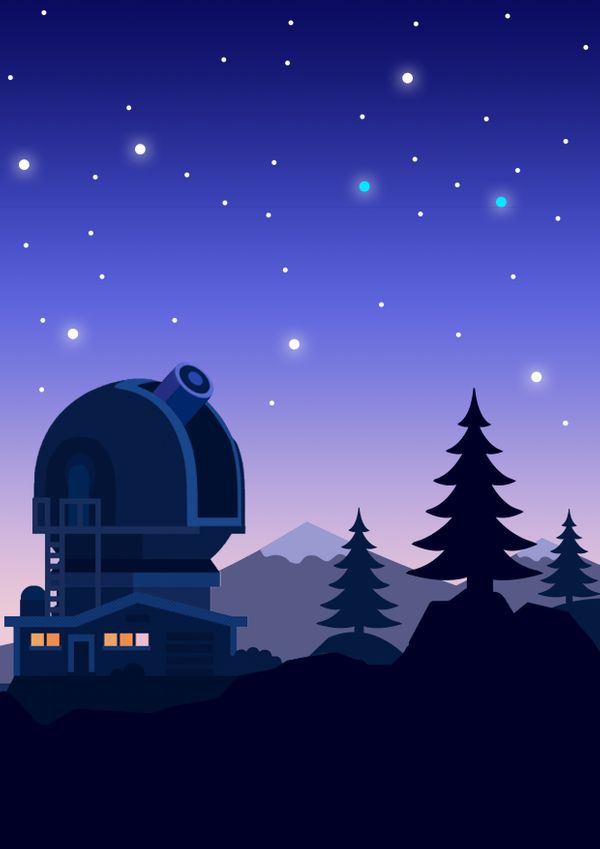 This isn't so much a story about the Thirty Meter Telescope - an event that astronomers around the world wait for with baited breath - as the technology that's helping build it: software and hardware with a distinctively Indian flavour. 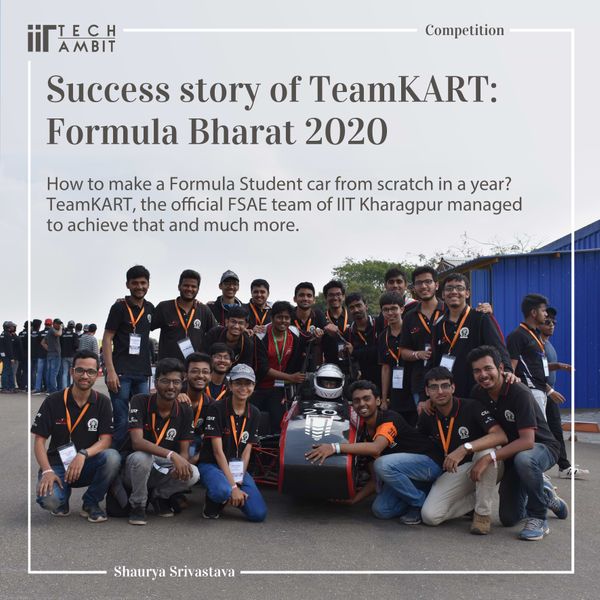 This is TeamKART, IIT Kharagpur's success story as they manage to build their race car in a year and achieve their best ever results in Formula Bharat '20.