A small village at the outskirts of Bangalore. A tin-roofed shack barely tall enough for a man to stand up in. Mountains of rice piled up in small heaps. A furnace heating up the cramped room until everything looks hazy. A small boy pushed into the tiny shack where the temperature is close to 50 degree Celsius now. The ten year old child working away next to the furnace taking handfuls of grain at a time. Making puffed rice, a snack that is sold in the Bangalore markets. Working away for hours only to earn less than 100 rupees for a full day's work.

This is the society we live in. This is the other side of our world we willfully ignore.  A small boy who should have been going to school and learning about numbers and rainbows, instead held back to work in a tiny hot room for the family business of making puffed rice. The boy isn't given a choice, because his diminutive build makes him the only person who can work in the tiny space of the shack, built that way to hold in the heat. This is the kind of community SELCO aims to support. By setting up solar panels so that the boy no longer has to slog away next to a furnace, optimizing the structure of the shack to hold the heat better, developing a machine to simplify the rice puffing process, the company SELCO helps these people do what they do to earn, but better.

The germ of an idea

In a recent talk hosted by the IIT Alumni Centre Bengaluru, Harish Hande (co-founder of SELCO) spoke about research and development in India using sustainable energy as a medium. With a very grounded and realistic perspective, he explained that the ecosystem we live in has wholly deskilled the poor. What exactly did he mean?

An IIT Kharagpur alumni who did his undergraduate studies in energy engineering, Harish Hande went on to complete his Masters and PhD at the University of Massachusetts Lowell. His vision to give back to society at the most fundamental level had already started formulating at this stage, with some humbling experiences that changed his outlook. The tenacity and endurance he saw in the street vendors and menial workers of India had influenced him, each day a battle as they lived hand-to-mouth, with very little hope of changing their fortunes. The struggle to survive defined their very lives, scraping and saving in any way they could just to keep going. The option of living any other way was not a luxury given to them. In a visit to the Dominican Republic, he was appalled by the scanty living conditions of the poor in the country, amplified by a total lack of electricity.

However, he found that many of the poor were able and willing to pay for solar power, using that as a means of sustenance. This discovery sent him down the path of sustainable solutions by setting up solar energy panels and creating the infrastructure for them to be an affordable and viable system. The exposure he gained by interacting with the people in diverse communities and understanding their lives gave him unique insight into the rural ecosystem. With Neville Williams, a former Green Peace activist from Sri Lanka, financing Harish Hande's idea of a solar company, SELCO was born.

Our society has people who have worked in specific industries for generations. If they met the strait-laced ideas of education, they would be considered an expert in that field, but purely because of the social constructs and limitations, they are denied that kind of exposure. More importantly, they are denied the means to be self-dependent and elevate themselves out of poverty. Society has conditioned us to think that the educated elite are the only ones who can fix things for the poor when they don't understand what their problems are. They are so removed from the reality of the lives of ordinary people that the very nature of the problem is incomprehensible to them. What ends up happening is they assume a problem that conveniently fits with the scheme they want to implement, instead of figuring out the real challenges the people face and finding a solution to that.

Mr.Hande observed that perspective and empathy are what we lack in our approach to tackle the day-to-day issues in the lives of the poor. A white-collar professional sitting in an air-conditioned office working with a Macbook is rarely capable of understanding the difficulty of a man in a village struggling to get one square meal a day. The entitled train of thought we may not even realize we have creates a wide gulf between the engineering graduate working in an MNC and the street vendor he is trying to "uplift". The business mindset of selling to the poor and consequently make them keep paying for something that isn't even what they need is why they stay dependent. SELCO breaks this cycle by coming up with need-based solutions and initiating a reverse supply chain that gives the rural communities a platform to cater to the rest of the society.

SELCO recognized an unjust equilibrium – where the poor are trapped in a cycle of poverty exacerbated by unreliable or unavailable energy access. Given its two-decade experience, SELCO has concluded the most effective way to catalyze broader adoption of energy solutions would be to cultivate a conducive market environment with five key ecosystem conditions:
1) financial inclusion (access to funding),
2) human resource development (local talent),
3) inclusive policies (government support),
4) market linkages (local suppliers),
5) technology and design (products that meet customer needs).
If these conditions all exist, it creates a new equilibrium in which long term energy solutions will flourish, improving quality of life for the poor and ultimately alleviating poverty.

The novel idea SELCO brings is of decentralized entrepreneurs and scaled up processes as a means to reach the poor to give them platforms to do better on a large scale. This plan ingeniously circumvents the feasibility issue that generally comes in when any startup tries to provide access to various facilities like sustainable energy to downtrodden communities but does not get a broad audience. SELCO's solutions meet the needs of the poor and facilitate linkages to local financial institutions who can design customized credit solutions to enhance affordability. This is a two-pronged approach of doorstep service and finance, giving long-term solutions for the ground-level problems in the lives of the poor.

Since its inception in 1995, SELCO has been awarded numerous accolades as they carved a niche for themselves in the sustainable energy sector. They received the Accenture Economic Development Award as well as the Ashden Award for Sustainable Energy, or the "green Oscars" as they are also called (the latter was received twice). Mr.Harish Hande received many honours in a personal capacity as well as he spearheaded this venture. He was inducted as an Ashoka Fellow in 2008 for his role as an influential change-maker by making affordable energy solutions more accessible. This was followed by the prestigious Ramon Magsaysay Award in 2011 for "his pragmatic efforts to put solar power technology in the hands of the poor, through his social enterprise SELCO India". His alma mater honoured him as well in 2014 with a Distinguished Alumnus Award.

Looking past all the titles, we see that the recognition SELCO has gained as an organization is because of its impressive work breaking multiple myths that the corporate world thrives on.
(i) Poor people cannot afford sustainable technology
(ii) Poor people cannot maintain sustainable technology
(iii) Social ventures cannot be run as commercial entities
Cultivating these ideas meant the status quo never changed, and the social hierarchy established over decades of widening the economic gap. However, this gap is not an impossible one to bridge.

In a novel approach, SELCO tackled these issues by involving the poor as active contributors in the energy system they were investing in. The company established structured plans with their financial partners that enabled the buyers to pay for the technology over an extended period and matched their cash flow. Affordable? Check. When it came to maintenance, local youth recruited and trained by the organization learnt the skills required for the necessary upkeep. In effect, they took up the responsibility of managing their energy systems. A staggering majority of SELCO employees are people from such rural communities who took charge of developing and innovating solutions in their areas with the solar panel technology acting as a conduit. Maintenance and employment? Check, check. And the success of SELCO as a company is no longer under question with their significant growth over the years in a humane business model of generating moderate profits each year which were then reinvested in their own company. By its very existence today, SELCO defies all social constructs of ruthless capitalism being the only route to success.

If you try to break down their functioning, you see that despite being a company that provides solar energy technology, their work isn't merely restricted to that. By studying the supply chain as a whole, SELCO incorporates flexibility and targets all the weak links to make their tech solution more productive. Customizing the product to meet the consumer's specific needs, establishing a long-term payment plan involving instalments of just a fraction of the buyer's monthly income to keep it affordable, setting up market linkages through intermediaries for the customers to expand their businesses are all roles SELCO plays. Effectively a basket weaver or silk farmer gets better productivity in their craft because of the solar energy, and also a boost in their business thanks to SELCO connecting them to a bigger market and providing smart financing plans.

This holistic approach ensures a complete upgrade in the quality of life of rural communities. Setting them up on their feet as independent entrepreneurs without requiring any distasteful charity, this is the kind of growth that can eradicate the lopsided economy we presently live in. 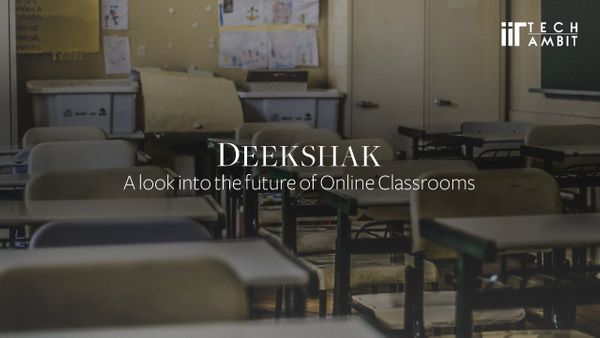 With the global pandemic taking classrooms from schools and colleges to the internet, a team of researchers from IIT Kharagpur may just have a solution to the perceived dearth of conferencing software optimised for the classroom environment. 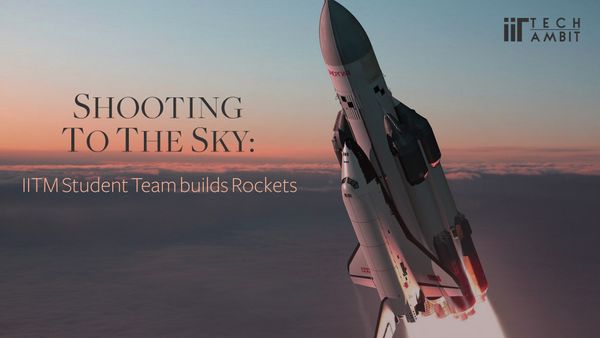 The story of a group of enthusiastic rocketeers from IIT Madras. With ambitions as high as the sky they are soon to fly to New Mexico to be part of the famed Spaceport America Cup.