Shifting to electric is essential for India, given that 15 of the 20 most polluted cities are in India. And with promising schemes like the FAME-2, is the Indian auto segment is ready for an electric  mobility revolution?

In 2019 the government’s think tank, Niti Aayog proposed a plan to shift entirely to electric vehicles by 2030. This may seem too ambitious a goal, particularly if we consider other countries like China and Norway diluting their targets to 2040 at least. However, the cabinet was quick to realise that the aim is far beyond what seems possible right now and thereafter shifted to a more realistic 30% electric vehicle goal until 2030. A pushback by the industry and the fear of job losses were amongst the reasons the government chose to tone down the targets.

Nonetheless, the Modi government has been quite bold in its policies regarding electric vehicles, with the latest FAME-2 scheme very encouraging for electric vehicle manufacturers. Investments have doubled to $1.4 billion under the new scheme, which is significant. These include incentives for electric buses, three and four-wheelers used for commercial purposes. Also, a part of this amount will be invested in charging stations.

The Resistance to the EV revolution

The challenges to such a shift are huge and diverse. One of the major reasons electric vehicles still haven’t really taken off as expected is the premium price over the conventional Internal Combustion Vehicles. Add to that an inconsistent battery ecosystem with no standardisation and things don’t look too good. In order to reduce costs, it’s imperative that most electric vehicles are manufactured in India itself which will also help boost the country’s economy. However, scarcity of skilled engineers in this field and a steep learning curve are big barriers to overcome.

“The technology within electric vehicles changes every six months. Auto manufacturers are used to doing 1-2% improvement on internal combustion
[IC-engine] units year-on-year. But EV tech has to be understood and built from scratch. It’s very challenging for a workforce that hasn’t been exposed to this tech before because 60% of the electric powertrain is different from an IC-engine” says Chetan Maini, creator of the first Indian electric car, REVA, which he sold to Mahindra in 1999.

In the global scenario, collaborations between the industry and academia have resulted in significant talent output in the EV sector. Such collaborations are virtually non-existent in India. Indian institutions like the IITs are putting efforts
to collaborate with industry and push for electric vehicle research and coursework in the college level itself to avoid a talent draught.

Another major area of concern is Battery tech. At the moment, the vast majority of Electric Vehicles use lithium-ion batteries which tend to be expensive. Generally, a battery accounts for almost half the price of the car, resulting in an unrealistically priced car, making Electric Vehicles a luxury product rather than the common man’s car of choice. While Lithium prices have dropped more than 80% since 2010, with no reserves on its own, Indian OEMs have to depend on expensive Lithium imports. Finding an alternative to Lithium will be a breakthrough in the Indian EV industry. However, it is still an area of research around the world and depending on it entirely is not an option.

There are also technological and logistical issues regarding the charging infrastructure. The tech, in itself, is an active area of research with rapid developments. There are broadly 2 approaches to this battery charging dilemma. The first is using swapping batteries station, wherein people come to a station and get their drained battery swapped with a charged battery. The second option is the more conventional charging station, on similar lines as a petrol pump, but the only one which consumes lot more time charging a car with significantly lesser range. Even in a relatively mature market such as the United States, charging stations are still not systematised.

The voltage at which cars can be charged can be 110 V or 240 V A/C but off late, the direct current has come into picture thanks to its fast-charging benefits. A shift to 60 V or 48 V direct current charging system could be a dramatic development which would transform the electric vehicle industry making it much more practical.

However, technological and financial hurdles are formidable. Since the DC charging infrastructure requires significantly higher powers from the grid, the expenses run considerably higher than the more conventional AC charging system. Also, as charging voltages increase substantially, thermal issues are also a concern. Therefore, the AC charging system has been more popular in the city, especially in places like parking spots, thanks to the ow installation costs and long charging time.

How will India Inc. respond?

Despite such monumental challenges, Indian OEMs are defiant in their attempt to make the auto sector greener. Tata Motors and Mahindra have reportedly been working on electric vehicle in-house to go up against the likes of Nissan, Hyundai and hopefully, Tesla. Maruti Suzuki, a company which owns a substantial market share in the Indian car industry hasn’t made a move up until now but are reported to be working on bringing an electric vehicle as soon as late 2019.

The government has also decided to focus more on two and three-wheelers which have significantly higher market share than passenger cars. In the last financial year itself, the number of two-wheelers alone was more than 5 times the number of cars sold.

The newest proposal by the government, therefore, aims to only allow the sale of electric two and three-wheelers by 2025. While the industry has responded positively to these slightly relaxed albeit encouraging schemes for the electric mobility industry, the lack of charging infrastructure is a serious handicap for the EV industry as of now.

On the positive side, the current situation is the perfect motivation for us to become a manufacturing superpower, and a leader in the small electric vehicle category, thanks to India’s unique market demands. India is currently the world’s biggest market for two-wheelers with more than 20 million units sold every year. The current push for electric vehicles from the government could disrupt the two-wheeler market and the Indian EV industry at large.

Start-ups and companies like Ather Energy and Hero Motocorp have already come up with some interesting products and are emphasising on research in the EV category.

Nirmala Sitaraman, the current finance minister, said in her budget speech that the government also envisions a “Detroit of electric vehicles” to be set-up in India. Investment of talent and research labs will lead to a better ecosystem, one which is conducive for the upcoming revolution. Will the industry stall in absence of talent draught or negative market response? Or will India succeed in its approach to become the global leader in electric vehicles? 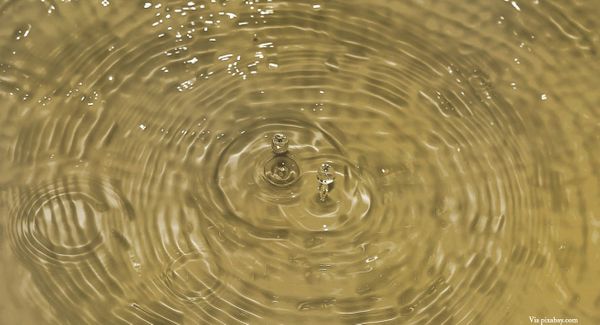 Started in Mumbai in 2016 Faclon Labs has developed a product that offers hardware and software solutions for water management, backed up by an ‘I/O Sense IoT Suite’. 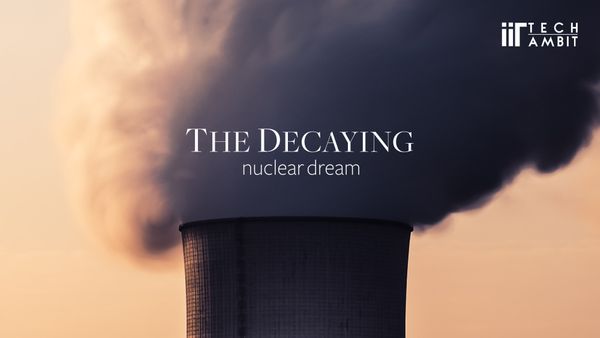 This article basically focuses on the failed actions committed by the Central authorities and focuses on the programs that could be implemented in future to uphold the productivity out of nuclear power plants in India.