3D printing isn't a new venture. It had just been primarily limited to smaller prototypes. Dubai plans to have 25% of its buildings 3D printed by 2030. Last year in Germany, a 3D printed house became fully certified under the national government's building regulations. The world is moving towards an age of answering the concerns about affordable housing through this plausible game-changing technology, and India doesn't seem to be too far behind.

A few years ago, a census in India reported that about 64 million people resided in city slums nationwide. Also, one in six inhabitants lives in unsanitary conditions that are "unfit for human habitation".

Tvasta Manufacturing Solutions, a Chennai-based start-up by the alumni of IIT-M, also recognized by the Ministry of Housing and Urban Affairs (MoHUA) as a part of the Make In India project, believes that 3D printing is the answer to India's housing shortage and sanitation shortcomings. It showcased India's first-ever 3D-printed house in a recent event virtually inaugurated by the Union Minister of Finance, Smt. Nirmala Sitharaman. With an expanse of 600 sq. ft, this single-storey house flaunts a kitchen, a hall, and a bedroom.

Accorded with the "Best start-up in the construction industry" in 2018, Tvasta claims that a new house would ideally take five days to be constructed versus the traditional four-five months by the conventional methods and materials. Albeit this particular construction spreading over 21 days owing to the challenging pandemic conditions.

Addressing this monumental onset of India's 3D-printing journey, the director of IIT-M, Prof. Bhaskar Ramamurthi said, "This technology is the first to be beneficiary-led in the construction industry. The machine for constructing this house can be rented, like borewells rented by farmers. It provides for large-scale, high quality and also, price assurance for the customers".

The Finance Minister, during the launch, also mentioned, "India needs such solutions which do not require much time. This technology enables building a 3D-printed house in 5 days. With the Prime Minister's goal of 'Housing for All by 2022,' we have a huge challenge before us. A huge challenge of meeting that deadline and making sure that people who need houses get it at an affordable price. Conventional housing requires timing, material, logistics, transporting of material, and so on. But if this technology can produce houses in different locales at five days per house, it would not be a big challenge to build 100 million houses by 2022".

The start-up, along with IIT-M, is currently working on the carbon footprint reduction that this technology could bring about and estimates that their printed houses may cost 20-30% less to manufacture. They also aim to create a broader range of green and sustainable building materials while focusing on less construction time with the implementation of automation technologies and robotics.

In a talk with The Better India, Adithya VS, the CEO of Tvasta, notes, "Construction is one industry where precision automation has still not taken root, unlike the automotive industry. Through the actions of a 3D Printer that can receive instructions to build a large-scale structure in the form of a 3D Virtual file, a large-scale structure can be built without formwork or molds in a very short period through layer by layer manufacturing".

Materials and their Specifications

Tvasta and IIT-M have come up with a type of concrete that adheres to their motto of affordability and sustainability. According to their website, the concrete mix used is based on "Ordinary Portland cement, but with a lower water-cement ratio and made out of cement, sand, and other additives and is later fortified with amorphous metal fibres or plastic fibres depending on the application".
For more information on the construction materials: https://tvasta.construction/3d-printed-house-construction-materials-what-are-they/

Tvasta's unique Design for Additive Manufacturing (DfAM) approach aids in adapting an enhanced printing approach according to the clients' demands.
Tvasta's website for more details about their technology: https://tvasta.construction/technologies/

All in all, 3D printing could revolutionize the whole outlook of India's housing system; and we've already taken the first step. 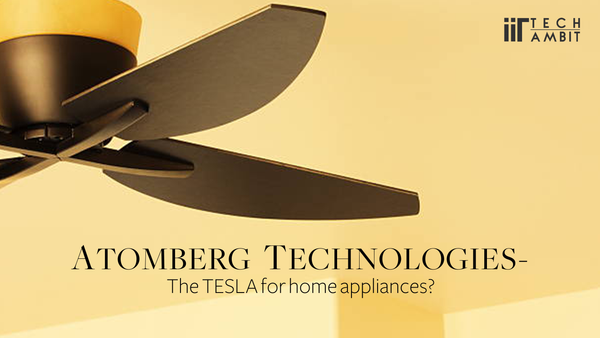 From a research lab in IIT Bombay to India's most energy efficient ceiling fan we take a look at the interesting journey of a startup which went on to receive appreciation from Prime Minister Narendra Modi even before disrupting the retail electricals space. 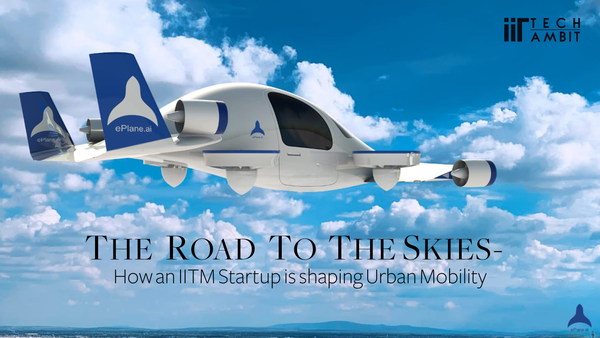 Pranjal Mehta, CEO of The ePlane Company, an IITM incubated startup talks about how they designed an electric flying taxi that is going to revolutionize how we get around in cities.