During a pandemic like COVID-19, where respiratory complications are the leading cause of death, ventilators play a vital role in saving lives. Unfortunately, the number of available ventilators in India (estimated at around 20000) is much lesser compared to the demand that will be set (around 2 lakh). Thus in order to deal with this crisis, the production of cheap, readily available ventilators is crucial.

A team of researchers in IIT Kharagpur is developing our own low-cost ventilator with all the essential features to assist the healthcare system. The idea is to produce a low cost electronically controlled ventilator, which has been designed using previously available items such as Ambu bags.

Automating these ventilators can have a significant impact in the fight against this pandemic as this will enable medical personnel to handle more cases simultaneously and reduce their workload. They have developed a testing prototype for ₹12,500 - whereas the final model that will be deployed with industrial and medical grade sensors is estimated at ₹ 30k.

A mechanical ventilator is an automatic machine designed to provide all or part of the work the body must do to move gas into and out of the lungs- bringing oxygen to the lungs and taking carbon dioxide out of the lungs. The amount of oxygen the patient receives can be controlled through a monitor connected to the ventilator.

The simplest mechanical device one could devise to assist a person’s breathing would be a hand-driven, syringe-type pump that is fitted to the person’s mouth and nose using a mask. A variation of this is the self-inflating, elastic resuscitation bag. Both of these require one-way valve arrangements to cause air to flow from the device into the lungs when the device is compressed, and out from the lungs to the atmosphere as the device is expanded. These arrangements are not automatic, requiring an operator to supply the energy to push the gas into the lungs through the mouth and nose. Thus, such devices are not considered mechanical ventilators.

Automating the ventilator so that continual operator intervention is not needed requires three basic components:

While many are trying to develop low-cost ventilators, many designs ignore maintaining positive end-expiratory pressure (the pressure in the lungs present after expiration), which prevents the alveoli from collapsing in unhealthy lungs.

When we breathe naturally, the air gets warm and humidified going through the respiratory tract, which is not the case when the support is provided externally. So, there is a dedicated unit for humidifying and warming the air as in a standard ICU-Ventilator (which is typically much more expensive).

There is a watchdog timer that resets the system in case of any failure. The behavior of all the sensors are also monitored and an alarm is raised if any fault is identified.

To automate the ventilator, the team needed to integrate the various sensors with a microcontroller and microprocessor, which would then send the control instructions to the system to maintain the performance as per requirement. These sensors were used to measure pressure, airflow, temperature, humidity, oxygen and CO2 content in the system, at required places. The data is first verified, then compared with set values to identify the performance of the system. This data is also transmitted over the internet to mobile devices so that each medical personnel can monitor more number of patients remotely.

"First, we studied about the ventilator from online resources and books, and then we read and discussed other such ventilators’ design and limitations. Then we came up with overall system architecture and design of the Ambu Bag ventilator, with tidal volume and flow rate control", says Rishabh Singh, a third year undergraduate who is a part of the team.

The control system was developed in three stages:

Hence, finally, they achieved a control system for the ventilator with a dynamic breathing cycle that assists the patient to breathe to the required tidal volume (the normal volume of air displaced in the lungs between inhalation and exhalation).

Then they created a Simulink model of Lungs and studied its behavior under different conditions. A ventilator model was created to support the Under Respiring condition and tuned it for optimum performance. PID control algorithm was used on the simulation, although on the actual hardware, they plan to use Adaptive-PID.

It was observed that with the proposed controller system of the ventilation support they are able to assist the lungs and provide the required tidal volume. The ventilation was able to provide support at the same frequency of the patient’s breathing rate. But, there were vibrations due to which the pressure was reaching 35 cm H2O, which may be harmful to the patient. Hence, tuning the PID controller was necessary for better results.

On tuning the model:

The team is currently developing a hardware prototype that will be tested rigorously before being sent for medical evaluation and approval.  The main challenge now is arranging sensors during this lockdown. Once the sensors arrive at their lab, it will take around a couple of weeks to develop the first prototype along with software and controls. Then it will be rigorously tested under medical supervision and modified accordingly for another 2 weeks. They expect the product will get ready around the end of May.

Pranav: How was this effort conceptualized? Tell us about your team:

The project was started by Prof. Aditya Bandopadhyay, Department of Mechanical Engineering, IIT Kharagpur, who proposed an initial design of this to DRDO and got approval for the same.

Rishabh: Some members of the team are on campus while others are contributing remotely. We divide work among ourselves based on expertise in the respective fields and keep sharing regular updates to which other members present their valuable suggestions.

All the team members are experienced in robotics background, including in the Autonomous Ground Vehicle Research Group (AGV), and share expertise in various interdisciplinary departments such as Mechanical, Instrumentation, Computer Science and Electrical.

Pranav: What is the pathway going forward?

Rishabh: Currently, this project is being funded by IIT Kharagpur directly in collaboration with DRDO, and once the prototype is ready and tested, we will reach out to companies for helping us in manufacturing this on a large scale.

We hope our cost-effective design will come to fruition very soon and could be of service to health professionals in India and the developing world. As scientists and engineers, it is our duty and responsibility to work for society - at no point is this message louder than when the world is facing a problem at an unprecedented scale like this pandemic. We need to be more open to global collaboration than ever and leverage our collective efforts. So that the technology we develop can be of service to those who are selfless. 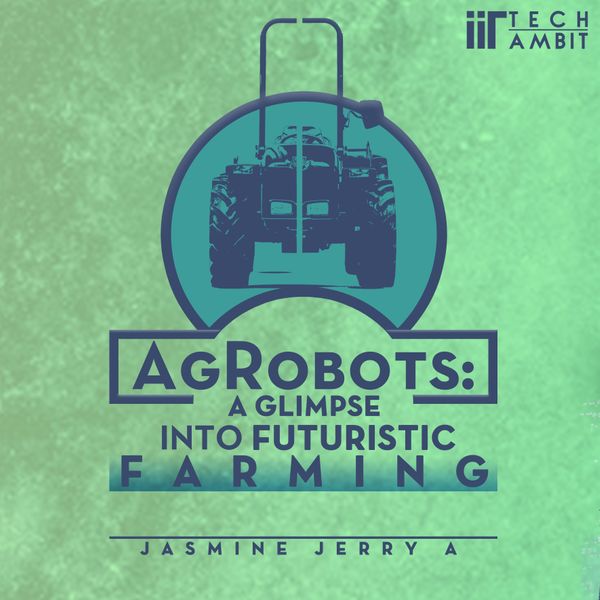 Co-Founder of an AgriTech startup, EarthSense, Dr Girish Chowdhary moots for the role of robots on farms. Get to know the state of agriculture in the USA juxtaposed with Indian farms on the lines of automation and robotics. 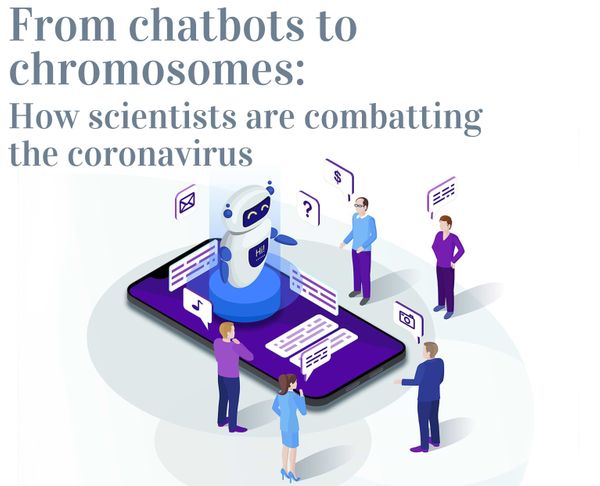 An exploration into recent advances in Statistical Modelling, Natural Language Processing and Genome Sequencing which are being used to Combat the Coronavirus on different fronts of battle - Containment, Control and Cure.