Nanoparticles are exactly what they sound like, extremely small particles. To be specific, particles having a diameter in the range of 1 to 100 nanometers. These nifty little things have seen a sudden boom in recent times because of the unique properties they exhibit. Just like classical and quantum mechanics predict very different kinds of behavior, the properties of many conventional materials change when they are made from nanoparticles. The reason for this is very simple: due to their extremely small size, nanoparticles tend to have a large surface area to volume ratio and they also show certain quantum effects. Consequently, they obtain various physio-chemical properties depending on their composition and are also favored for the specificity and reactivity they offer.

Of the plethora of nanoparticles out there, one stood out for the Ph.D. scholar from IIT Indore, Mr. Prashant Kharey. This was the foundation for his paper "Green synthesis of near-infrared absorbing eugenate capped iron oxide nanoparticles for photothermal application" . As a researcher in the application of nanomaterials in biotechnology, superparamagnetic iron oxide nanoparticles (SPIONs) showed tremendous promise. Iron oxide nanoparticles are already a widely researched topic because their unique magnetic properties lead to wide-ranging applications. This includes cell sensing and imaging, targeted drug delivery, and also as a contrast agent for MRI. This is essentially due to the magnetic nature iron oxide possesses, making it suitable for most optical imaging techniques and applications that rely on magnetism for identification.

For example, contrast MRI is performed using a dye that can be injected into the bloodstream to selectively get absorbed into certain tissues, and this shows up on the imaging because of magnetic compounds contained in the dye. The usage of a contrast dye makes the image clearer and also aids in highlighting soft tissues and moving fluids like blood, which are normally not visible on a standard MRI. Clearly, these are very important biomedical applications, but this brings into question the safety of this mechanism. Conventionally, a contrast MRI leaves the person with side effects like nausea, dizziness, headaches, and numbness. This is attributed to the toxicity of the agents used in the contrast dye.

What did they do differently

This brings us to one of the biggest hurdles in the usage of chemically synthesized nanoparticles and reagents for biomedical applications. Currently, most commercial techniques for the fabrication of nanoparticles involve chemical solvents which lead to toxicity and non-biodegradability. They also require heavy machinery and involve energy and time-consuming processes which make them economically infeasible.

The researchers at IIT Indore managed to make a breakthrough in addressing this problem by coming up with green synthesis. Simply put, this refers to the synthesis of eco-friendly and cost-effective nanoparticles that are biocompatible, so they do not cause any toxicity in the body. It was another feather in their cap when they discovered that the compound they synthesized in this manner exhibited NIR absorption, giving it incredible photothermal applications in cancer treatment.

How exactly did they manage to synthesize a nanoparticle bypassing the dangers it posed to the biological system conventionally? By using a green source of course. Myrtle pepper, or in more formal jargon, Pimenta dioica, is an aromatic plant commonly known as the source of allspice, which is derived from its unripe berry. This tropical tree has been commonly used in the perfume and spice industries and even hypothesized to contain medicinal properties. Here, however, this plant has been used a bit differently. The extract from the leaves of the Pimenta dioica function both as a reducing agent and a stabilizer in the green synthesis of SPIONs. This is because of the eugenol (an organic medicinal compound commonly found in certain classes of plants) present abundantly in the leaves that serves the purpose of typical chemical solvents without being as harmful or toxic. The eugenol also leads to the E-capping or eugenate capping found on the iron oxide nanoparticles after synthesis.

So what is capping and how does it affect the nanoparticle? The surface chemistry of the nanoparticle basically influences how it interacts with other substances as well as prevents the particles from agglomerating. In the context of a biological system, this means the solubility, stability, and biocompatibility of the particle all depend on what is on its surface. Biocompatibility can be in terms of how well the particle can be absorbed into a cell for further action, the ease with which the nanoparticle can circulate and be removed from our body, and whether it can be broken down without leaving behind traces of any harmful residue. By using a plant having medicinal properties already, the product synthesized is naturally biocompatible with efficacy for therapeutics.

Now we have a nanoparticle with a proclivity for magnetic imaging and it’s bio-proofed. But that’s not all it can do. These E-capped SPIONs were also able to absorb light in the near-infrared range (800-2500 nanometers). The significance of this specific absorption is its application in photothermal therapy. As the name indicates, photothermal therapy refers to heat generation being activated by light. NIR light is generally used for these processes because its absorption and scattering in the body are minimal, so it reaches the target site with negligible losses. When this light reaches the target site, the NIR absorbing compounds we place there absorb this light and heat the surrounding area to a limited range. This process is the basis of hyperthermia, a photothermal therapy technique where the temperature of the target cancer cells is raised to 42 degrees Celsius and maintained for a short duration, thereby destroying them.

Clearly, locating the NIR compounds accurately and optimizing the heat generation is important to perform this treatment effectively. The E-capped SPIONs cover all these bases because they can be magnetically located and clustered at the site of a tumor, and due to the E-capping, they show better NIR absorption than most magnetic nanoparticles which also hold the risk of unknown toxicity. Photothermal nature can also be used as a mechanism for targeted drug delivery, in which the heat generated from exposure to NIR light releases a drug attached to the nanoparticles in a controlled manner.

This nanoparticle was fabricated by the scholars in the labs of the Biosciences and Biomedical Engineering Department of IIT Indore under the guidance of Dr. Sharad Gupta. E-capped SPIONs and their novel synthesis has demonstrated such varied applications that they are receiving a s for the same. Their team is currently researching similar green synthesis methods for gold nanoparticles and the biosensing applications of copper nanoparticles, hoping to make more advances in the field of bionanotechnology. 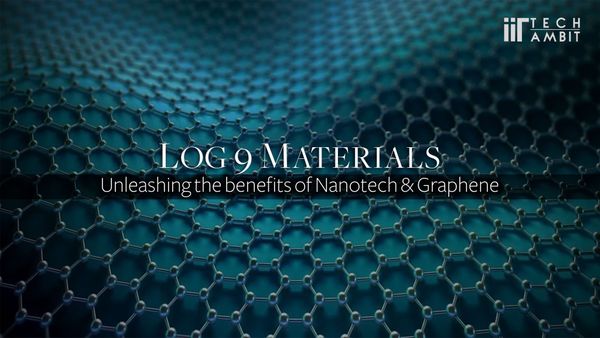 Log 9 materials, founded by IIT Roorkee alumni, is a nanotechnology company which focuses on 100% green renewable energy and filtration applications of Graphene. 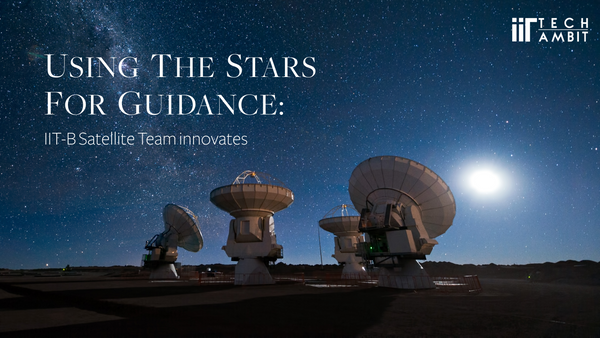 The story of Satellite Program, IIT Bombay - their achievements till date, followed by the development of their latest innovation: STADS.