Neuromorphic computing is an emerging field whose objective is to artificially create a storage and a high performing computing device that mimics the memory architecture and learning mechanism of the human brain.

In this article, first we will look at current memory technologies, their drawbacks and look into an alternative which solves these drawbacks.

The Von Neumann model of computation separates the memory(the unit that stores data) and the processing unit(the unit that computes on the data given in memory).

A limitation of this architecture is that during the operation the processing unit will be idle for a short duration of time when the memory is being accessed. This is called the Von Neumann bottleneck. This problem arises because the architecture separates the logic and the memory unit.

But this is not how the neurons and synapses in our brain function. Neurons not only process the information, but also store it.

To understand why is there need to find an alternative way to perform computations, it's important to understand Moore's Law.

Moore's Law is an observation, more precisely a prediction, that the number of silicon transistors that can be packed in a dense IC(Integrated Circuit) will approximately double every two years. This prediction, given by Gordon Moore, has been accurate since 1975.

This exponential increase in number of transistors on a chip is possible due to reduction in size of transistors every year thereby improving the computation power of an electronic device with each new model.

But this continuous scaling of transistor size has a limit. Researchers say transistors of size smaller than 5 nm(nanometers) will not function as we would expect them to due to effects of quantum tunnelling thereby rendering them useless. Currently, the smallest transistor in use is of size 7 nm.

Another field that can benefit from improved computation is Machine Learning. Heres a statistic from an article that depicts the large amount of power used to train machine learning models:

...researchers at Nvidia, the company that makes the specialised GPU processors now used in most machine-learning systems, came up with a massive natural-language model that was 24 times bigger than its predecessor and yet was only 34% better at its learning task. But here’s the really interesting bit. Training the final model took 512 V100 GPUs running continuously for 9.2 days. “Given the power requirements per card,” wrote one expert, “a back of the envelope estimate put the amount of energy used to train this model at over 3x the yearly energy consumption of the average American.”

This is where neuromorphic computing comes to the rescue as our brains can perform such computations faster and with a fraction of the power consumption.

To overcome the drawbacks of currently used memory technologies, we need a device that can non only perform faster read and write operations but can also store information after switching off the power supply. A device that is able to do the above functions and which of course will be used in neuromorphic computing is Resistive Random Access Memory(RRAM).

RRAM comprises of a metal oxide dielectric sandwiched between two electrodes. The resistance of the dielectric can be changed by applying a suitable voltage across the electrodes. It is a type of memristor technology i.e. the device has the ability to recall the value of resistance before it was shutoff thus giving it memory.

Dr Surya Narayana Jammalamadaka is an associate professor at IIT Hyderabad. He has been working in the field of Device Physics and has worked with magnetic materials for a long time

The above device showed positive endurance as well as retentivity characteristics.

The neuromorphic devices are still in research phase and it may take time to mass produce them and introduce it to the general public. But the idea is clearly innovative and solves the drawbacks of the traditional computing devices. 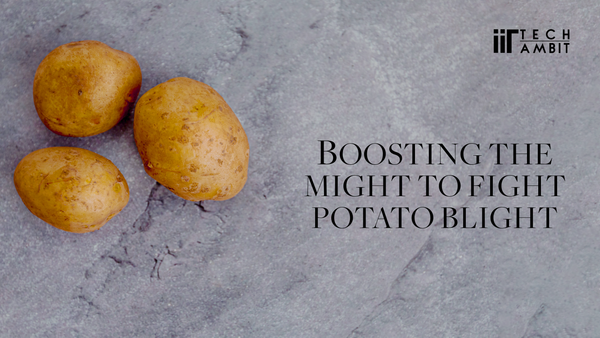 IIT mandi develops a deep learning model to detect potato blight. The research featured recently in the journal plant phenomics. Mr. Joe Johnson who is the leader author of the paper discusses about some key elements of the research. 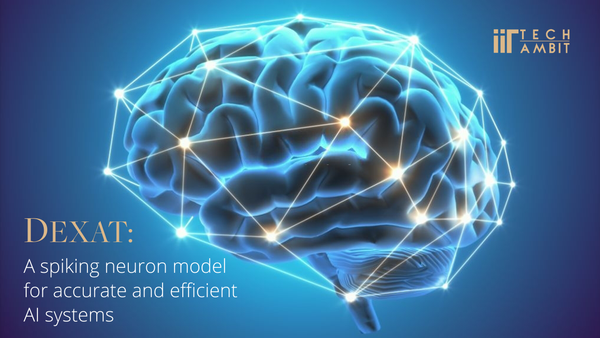 Researchers from IIT Delhi have invented a new artificial neuron inspired by the human brain that could bring about notable changes in the creation of precise neuromorphic AI systems, making efficient real-time applications.