Accidents tend to take place in the air and on roads because those are the most likely places where occurrences can be expected. However, most people are unaware that on any given day, 50,000 merchant ships are sailing across the open sea carrying nearly two billion tons of deadweight. These vessels travel across predefined routes which overlap significantly at narrow passages and near port regions. The overlap exists because of the varying destination preferences which then are based upon the commercial and geographical importance of the port. Any damage caused to a vessel at a sensitive location can abrupt supply chains if not create situations as grim as the blockage of the traffic at Suez. Therefore, to avoid such undesirable scenarios, we need to monitor each vessel and regulate their arrival and departure. This is where the concept of maritime traffic monitoring comes from.

A maritime traffic monitoring system is used for determining vessel positions, the position of other traffic or meteorological hazard warnings, and extensively manages the traffic within a port or waterway. It has to cater to both location-specific needs and client-specific needs. There has been an existent gap between the two and to meet the ends, the vessel traffic management system (VTMS) has to be generic ( for easier application) alongside having customizable options to meet specific needs. This has shaped the ideation behind the development of indigenous maritime traffic monitoring software.

Under the International Maritime Organization's SOLAS Convention (Safety of Life at Sea), VTMS is required. Advanced sensors such as radar, AIS, direction finding, CCTV, and VHF, as well as other cooperative systems and services, are used to assemble and gather the VTMS traffic image. For ease of use and to enable effective traffic organization and communication, a contemporary VTMS integrates all of the information into a single operator working environment. The software development project began as part of the Maritime Vision 2030 action plans, a vision that envisages 3 lakh crore rupees investment and two million jobs in the Indian maritime sector over the next ten years. A Memorandum of Understanding has been inked by IIT M and VO Chidambaranar (VOC) Port Trust at Tuticorin (in Tamil Nadu) to spearhead the process of development of this software. The National Technical Centre for Ports, Waterways, and Coasts (NTCPWC), a center of excellence at IIT Madras that serves as the technology arm of the Union Ministry of Ports, Shipping, and Waterways, will lead the research initiative.

WHAT BENEFITS DO WE REAP?

By and by, India has roughly 15 VTS frameworks operational along the Indian Coast and there's no consistency of VTS computer program as each framework has its possess VTS computer program. With the inborn computer program improvement in advance, the later positive participation with Director-General of Light and Lighthouses (DGLL) on the joint improvement of the inborn VTMS program advancement as a portion of the Aatmanirbhar Bharat drive will fortify the participation in this zone. At the same time, it'll advantage the harbor division, both in India and locale. It is anticipated that a model framework will be created in ten-month time for testing and to function as a parallel framework until it is strong for day-to-day operations. Development of the innate VTS computer program will reduce the use of outside trade on this issue conjointly minimize the reliance on the outside bolster for the VTS program. It will help in saving valuable foreign exchange for the country and will subsequently minimize the future up-gradation and maintenance cost of the software. The software can prove as leverage and hence can be Indian trade-friendly nations viz. Maldives, Mauritius, Myanmar, Sri Lanka, Mauritius, Bangladesh, and Gulf countries. It shall be easier to interconnect with MIS/ERP software of ports after the advent of the software. Furthermore, it shall further boost Indian companies to be competitive commercially in global bids. Execution of National Maritime Domain Awareness program of Indian Navy and NCVTS by DGLL – an ongoing, intelligent guides to route framework for waterfront delivering will become possible with Indian VTS software for minimal price. traffic stream in occupied methodology courses, access channels, and harbors can be facilitated securely, to the greatest advantage of the port and its clients. Episodes and crisis circumstances can be managed rapidly. Information from traffic developments can be put away and utilized as reference data for the port organization, port specialists, coastguards, and rescue administrations.

We were fortunate to connect with Prof. K Murali, Professor-in-charge, NTCPWC-IIT Madras who believes that the native VTS software framework will open up the pathway for India to foster other native innovation arrangements that the current maritime sector seriously relies upon foreign arrangements. The software is expected to be a game-changer in the indigenous maritime industry. It aligns with the vision of 'Aatma Nirbhar Bharat' which will further pave the way for 'Make for the World' vessel traffic management systems. The current VTS at the VOC port has been functional for almost seven years. Given the fast expansions in sea traffic in India and abroad, an additional VTS viable framework would assist with making higher wellbeing levels. A sum of 10 crores was sanctioned initially to IIT-M for the development of the solution. Prof. Murali suggested that the software being developed will have the necessary allowances for required customizations and highlighted its ease in deployment. The software is expected to start a series of dominoes that aims to develop indigenous solutions to problems at the national level. Therefore, the onus of keeping up the ethos of self-dependency lies with us, and software like this is a step ahead on a road whose destination is not yet in sight. 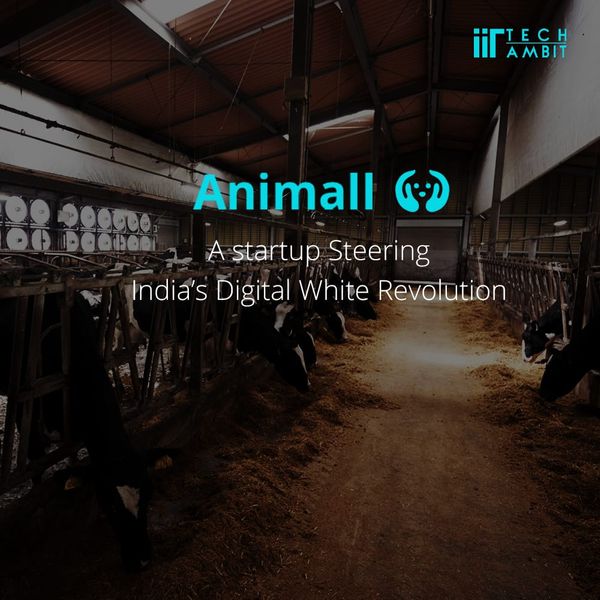 The cattle market in India is severely unorganized and fragmented. This severely affects the efficiency & productivity of cattle farms in India. Two Entrepreneurs from IIT Delhi are determined to digitally revolutionalize this informal sector through their startup Animall. 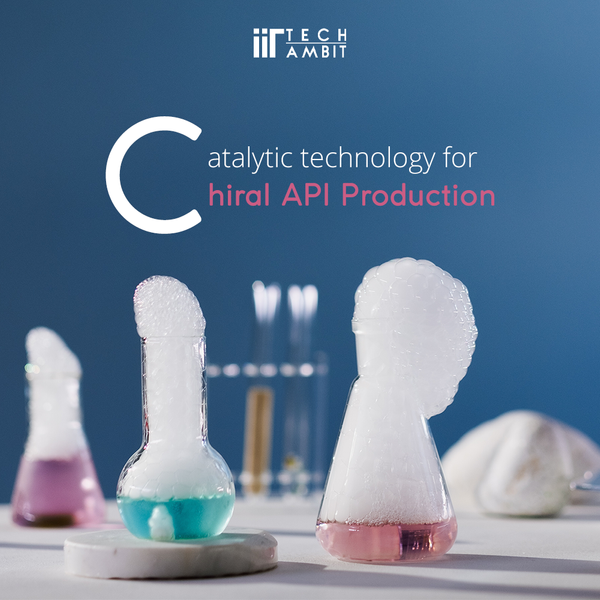 In the past few years all countries have faced a common problem- supply chain disruption. New problems lead to innovative solutions. This article talks about technological advancements made in the production of chiral API funded by the Science and Engineering Research Board (SERB)