The number of Indians who have access the internet is constantly on the rise. However a lot of them are mere spectators due to a fundamental issue- language barrier! Liv.ai aims at bridging this barrier through their speech to text technologies.

Founded by Subodh Kumar, Kishore Mundra and Sandeep Kumar today in 2018, Liv.ai claims to be the only company in India to be able to convert speech to text in nine regional languages including Hindi, Bengali, Punjabi and Tamil, apart from English!

Liv.ai was famously backed by Astarc ventures and amidst a lot of speculation was fully acquired by Flipkart in August 2018.

A primal question is- what exactly does Flipkart desire from Liv.ai? Afterall flipkart is an E-commerce giant and has a user base of 200 millions in India. E-commerce has literally changed the way we shop from our most basic necessities to mega shipments. With the evolution of the smartphone and a lot of other technologies more and more people are coming online. But is this rapid technological revolution in pace with the language diversity in India?

Let’s go through an interesting fact, India has a literacy rate of 74% that sounds good on paper, but that only sounds good on paper. A major chunk of our population still face problems in communicating in English and as most of the internet up there is in English, a lot of people despite of being a part of this enormous world of web are not able to use it to its full potential.

The next wave of growth of Internet users is coming from Tier II+ cities and 70 percent of these internet users are native/vernacular language speakers and this proportion is only increasing. As per industry studies, 90 percent of the new users coming online in India are native language speakers. Typing and searching in English is complex for them.

The Hindi internet user base is likely to outgrow English user base by 2021, and along with Marathi and Bengali users it will drive the volume growth as 9 out of every 10 new internet users will be regional Indian language users. This language barrier in India might very well be reason behind why E-commerce user base in India might not increase above a certain point. This is exactly where Liv.ai comes into picture!

Flipkart aims at looking beyond this language problem with the help of Liv.ai. With proper plugging in of Liv.ai’s services a Flipkart server can completely function on a voice based model in which you can just instruct the app verbally in your native language.

Apart from handy convenience, a lot of regional languages can be incorporated too to fit this voice based model. In that case people who have absolutely no proficiency in English can use Flipkart to place an order or to cancel one or what-nots by just speaking on their device in their regional language.

Not only will this help Flipkart to increase their user base at a stark rate, but this will also empower people with better and convenient lifestyle and take everyone one step ahead in this new age of technology.

One company that definitely pops in our mind along with Flipkart is Amazon. Both these E-commerce giants have long been involved in a fierce rivalry to take charge on the promising online market of India. But the global brand name and a much profound R&D team of Amazon does give them an edge and slowly it is returning significant impacts on market.

We are no strangers to Amazon’s Alexa , a voice assistant speaker which works on verbal commands to play music from either Amazon music or Saavn app. Amazon has been rolling out quite a fleet of smart home appliances and Alexa is just one of the major hooks to get customers in the Amazon ecosystem. Amazon aims at making their ecosystem as profound and irresistible as Apple’s. Due to Alexa, Amazon have made quite a name for itself in the Indian market.

You should expect flipkart to counter this, after all Alexa adds up significantly to Amazon’s brand name. As a smart speaker from Flipkart’s end is not completely ruled out, there is a good possibility of Flipkart working with team of Liv.ai to develop their own version of voice assistant speakers. Integration with Liv.ai adds an interesting aspect in this field too, line of speakers developed by Flipkart that can be compatible with multiple regional languages which Liv.ai have mastered in.

This can expand Flipkart’s customer base remarkably as language will once again not be a barrier against access to innovation and can reach out to millions of regional customers. You can say Flipkart had an early eye on Liv.ai for acquisition as their executives funded Liv.ai in past for their development. And now in 2018 when Liv.ai has achieved commendable feats and have caught world’s attention, Flipkart acquired them for expanding in multiple avenues of their visionary projects.

Flipkart showed their immense interest in Liv.ai because of their visionary collaborative work with speech to text conversion. But that doesn’t take away other related services that Liv.ai have to offer.

Voice Keyboard: It turns speech in Indian Languages to text with advanced precision. No more typing!

Customer care automation: Liv.ai increases speed and improves the quality of service by automating a range of tasks and enhancing customer experience.

Assistant: You can set reminders, get relevant answers, search audio and do more in the language you are comfortable with. 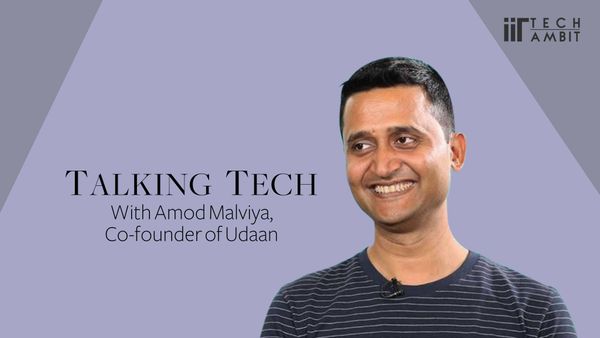 Talking Tech and Entrepreneurship with Amod Malviya, the ex-CTO of Flipkart and co-founder of Udaan, the fastest Unicorn venture of India. 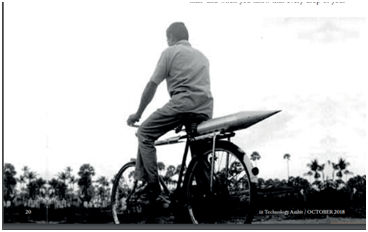 We observe the evolution of Indian Space Research from Independence till today, through the words of Dr V Narayanan, the Director of Liquid Propulsion System Centre (LPSC) and alumnus of IIT Kharagpur.