Cryptocurrencies were allegedly started because the public lost trust in banks and other financial institutions as a result of the subprime mortgage crisis in 2007-08. Before you pick up your spear to tear down the sanctity of my opinion, do remember that I explicitly mentioned the term - ‘allegedly’. Anyway, we’ll be more interested in what cryptocurrency lacks rather than why it was needed. Now you can shove the spear in me because the previous two questions obviously aren’t unrelated, you can’t answer the former without answering the latter.

In the height of a lot of people trying to claim that cryptocurrencies would change how we do banking and financial transactions, I wish to express my personal thoughts about its limitations (as of now). Of course, technology changes and in future, the limitations can be addressed easily. This article addresses why banks are afraid of cryptocurrencies, and remind you, they are afraid, otherwise they would have made a cryptocurrency of their own before most of the people even came to know about it.

Bitcoin, the most famous cryptocurrency’s paper describes bitcoin as: A purely peer-to-peer version of electronic cash that would allow online payments to be sent directly from one party to another without going through a financial institution.

As described in the paper, bitcoin does exactly the same thing and nothing else.

Definition of a bank as quoted on wikipedia: A bank is a financial institution that accepts deposits from the public and creates credit. Lending activities can be performed either directly or indirectly through capital markets.

Definitions though supposed to elucidate in less can also end up making things obscure. So let’s take a look at things in a broader perspective:

Banks provide liquidity and credit in capital markets. What “providing liquidity” means is that we can either take money or deposit money whenever needed while providing credit means they lend to individuals and businesses.

The main purpose of banks is to take public money and lend to them in need. In return, they give the public an interest on the money deposited as an opportunity cost and against inflation. If you have money tied up under carpets like a Gujju or Pablo chachu, the inflation rate is going to eat up the value of the money (but it won’t be your major concern if you are Gujarati or Pablo).

Commercial banks mainly offer savings account and fixed deposit for earning interest and current account for businesses to operate where they don’t charge any interest and neither do they charge any fees for that. With the deposits they take, they invest it in debt which people want in the form of mortgage, vehicle loan, and up to some extent to companies.

Investment banks help companies raise money through IPO or bond issues. They also have a network of HNIs (High Net worth individuals) and institutions who want to park money in order to generate returns. They also act as market makers in exchanges and buy/sell assets when no one is willing to. They help to provide a route for retail investors to invest in public companies and charge brokerage for that.

Well, you would be now thinking that all of this can be done through blockchain technology (not essentially cryptocurrency), right?

If yes, then you might be a blockchain developer. Kudos, but do read the entire thing. I promise that you would learn something from it and it would be fun.

Let’s talk about the origin of money, banking system and others. My ideologies have been influenced by “The Ascent of Money: A Financial History of the World” written by Niall Ferguson.

This period is regarded as the “golden period” in the English history. If you are good at history, you would remember that Shakespeare lived in this era and if you are one of his fans, you might have read the book “The Merchant in Venice”. Lending in this era was mostly peer to peer like Shylock gave money to Bassanio while Antonio (his friend and a wealthy person who currently had his money parked in outside waters) would cover it in case of default.

So to be historically precise, banking and lending were always done peer-to-peer. But something happened where people realized the need for a bank.

As the story of “A Merchant of Venice” unfolds, a rumour spreads out that Antonio’s ships have wrecked and thus he has lost most of his investment. This triggers a default of the debt. I hope you see an issue over here.

Antonio was a person with an extremely good credit history but he still defaulted because of something beyond his control. Peer-to-Peer lending had failed because it had failed to diversify. What are the chances that shipwrecks? Had Shylock given his money to a million people, the losses would be minuscule and could be easily covered up with risk premiums in the interest rate.

The concept of Federal Reverse Bank in the United States was borrowed from European countries in the 1910s. What was happening is that some people with malicious intent would declare that a bank is going to go bankrupt even though it was actually quite healthy. No bank keeps deposited money in lockers and pays interest on them.

Instead, a major portion of the money is invested. When all the people rushed to take their money out, the bank would be unable to clear it’s current liabilities and would go bankrupt. The Federal bank became the liquidity provider since it could inject money whenever it wished and give it to the bank to cover up for their short-term liabilities. This is the current solution to the age-old banking problem. I have presented an extremely simple model and of course this isn’t quite true. Hold on to your spears, please.

This is said to be fueled because of the extremely low interest rates during the tenure of Alan GreenSpan since he strongly believed in deregulation and that market is the best decider of the price. To the blockchain folks, what this means is that a common consensus can’t always work better for themselves.

When dealing with humans, we always have to take into account the human emotions like fear and greed otherwise, we would end up like Long Term Capital Management and as much as smart as they were, they ended up losing money for their investors.

There are many more such stories that can be included to prove why a central regulation system is required but then this already long article would become even longer. The book “The Ascent of Money” describes in detail why Free Markets failed to solve this issue.

As for the current state, the blockchain industry has no solution in the near term and in fact is already showing problems.

Stop calling Bitcoins decentralized! Heck, even democracy is supposed to be decentralized where “every citizen gets an equal vote”, but we all know how rigged our system is. It’s time we start accepting this fact for cryptocurrencies as well.

There are already many cartels in the futures market of Bitcoin operating via CME which because of their leveraged position are manipulating cryptocurrency prices. Awaiting the spear. Your broker/exchange isn’t decentralized.

Many people who buy cryptocurrency from an exchange or broker don’t realize that the transaction they just did while purchasing the asset is in fact the same old transaction. One first deposits money in the broker/exchange’s bank account using maybe NEFT/RTGS/UPI or something else. The broker then arranges for the asset at market price and takes a commission.

After the asset is bought, it can be transferred to anyone which is decentralized. Of course, if you have mined the cryptocurrency, then you shouldn’t be worried about this except when to try to sell it in open market.

The brokers/exchanges are unregulated private companies. Their balance sheets are not publicly available. You might never know when the broker/ exchange might go bankrupt. They don’t have to follow rules like other national exchanges do. They don’t invest enough in security of their platform. They might be using the idle cash in your account to buy cryptocurrency for their account, and guess what, you would never know.

How is that bad? Well, if the asset prices go down, the broker/ exchange made a loss on a trade where they didn’t even have to put a collateral, which could be a serious issue if the broker has a high leverage. White collar crimes like spoofing in cryptocurrency exchanges are extremely common. And did I mention about the huge bid ask spread they charge? Ouch, 3-5% of the trade amount would definitely hurt your pockets.

The cryptocurrency markets at this point in time are extremely volatile. Let’s say a merchant sold some goods worth $8000 and according to the current BTC price, the buyer paid 1 BTC. Now, the merchant has an open position in BTC. He can either go in the market and quickly sell it and pay the broker/exchange fees of around 3-5% or it can carry forward the open position where he runs the risk of the currency being devalued.

If the next day, BTC prices drop to $7000, then the merchant took a loss of $1000. Of course, if you are a derivatives trader, you could argue that you can hedge the open position using futures and options (one of the strategy being gamma scalping), but then think about it again, should a simple merchant be involved in complex derivatives transactions (and pay a hefty fee for that too)? Probably no, right?

Remember, the 51% attack wouldn’t be fruitful because the computing power would just be wasted and bitcoin’s worth will drop? Well, things just changed thanks to the introduction of Bitcoin futures in CME. Now you can have a short position in bitcoin, perform a 51% attack (even easier now because of consolidation of miners) and gain a huge profit.

As of now bitcoin futures are thinly traded instruments but they are leveraged instruments. Anytime in future, if the volume of such contracts increases, it will be a good opportunity.

All of these obviously shows that cryptocurrency doesn’t solve nor it intends to solve such problems and that it should be just seen as a computer science marvel solving a lot of problems that already existed with our current set of distributed systems rather than a game-changing future.

These are my last words as your spear is already through my head. 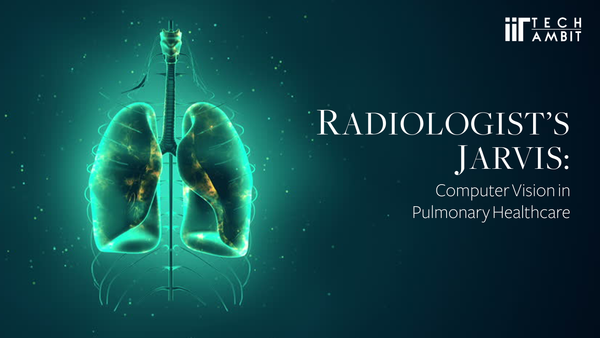 Today science needs more than research to make progress. Political and economic giants invest in science for the miraculous new powers that enable them to obtain new resources, a part of which is reinvested in scientific pursuits.