Cryptocurrency is all the rage these days (w  of the financial transactions, many of us maintain ledgers, detailing the credit and debit amounts, and who we transacted with. (Theoretical definition alert) A blockchain is an immutable electronic ledger. Immutable just means you can’t change a thing once it's added to the chain! Yep, it's (figuratively) written in stone. The ledger is maintained as an immutable ‘chain’ of ‘blocks’, when we have to add something to the chain, let’s say a transaction to a friend (in case of cryptocurrencies we generally have transactions on the blockchain, but as aforementioned, we can have anything there), we create a block, and append to the chain.

“How a blockchain works in practice is, everyone keeps a copy of the blockchain, and whenever there's a change (like a transaction, or a contract, and now, even a birth certificate!), it's updated across the entire network.”, remarks Srinidhi, a co-founder at Flippy.

Now that raises a lot of questions, how do we make sure that blockchain actually remains immutable? If it's actually a transparent process and program, one can always go back and find a way to change the previous transactions and get themselves a million dollars, how do we prevent that?

Now we can’t have an organisation controlling it via a closed-door software (as we’ll see that makes it ‘centralised’, in crypto-bro-code, centralisation is your enemy, also, this will basically just be a bank with everyone’s transactions visible, hence no point). How decentralisation is ‘implemented’ in practice is basically protocols. Imagine 3 friends, Alice, Bob, and Srinidhi, have maintained a blockchain ledger amongst themselves, to keep a record of all the transactions between them. Whenever they have to add a transaction on a block they need some kind of ‘password’, that’s private to them (this is called a private key in cool-people-language), and there’s a public signature which can be used to verify that a person did that transaction.

This is how cryptography works, we won’t go into much detail, but the process generally involves one-way hashes. A particular private piece of data is given into a function and the output is a value called a ‘hash’, the function is such that you can’t go back from the hash to the value. Hashes are very widely used in information-security systems. For example, the banks don’t store your pass-keys in their system, they store the hashes. When you enter the pass, the bank matches the hash value of the entry with the stored value. Given that the computation is only possible from one side, even if the bank-database is compromised, the actual passwords won’t be vulnerable.

Coming back to the story, if Alice wants to cheat, and add more money to her account, and hence ends up doing that on a block from two days back. The other blockchains can very easily find out that Alice’s blockchain is ‘different’. How does one decide who’s right? “Blockchains are truly decentralised, and owned by the ‘masses’ and hence, the rule of majority prevails!” as stated by Srinidhi. In the story Srinidhi and Bob’s blockchain won’t match and Alice will be found guilty and hence be penalised. We can also see, if either one of Srinidhi and Bob was in on it, the situation would’ve ended differently. This is also called a 51% attack, if the wrong-doer gets hold of 51% of the representation on a blockchain, everything goes south. There are many other nuances, like minting new blocks, and who gets the reward of minting, and many other details. We won’t be discussing most of them, this article is only meant to serve as an initiation into the world of crypto, and not a book!

Now, what even is a cryptocurrency? And what does it mean for it to be decentralised? Let’s consider some other currencies, like the dollar, or the rupee. There are bodies which regulate the production or minting of these assets, as well as their values and validity! (Suddenly one day not so long ago we saw the 500, and 1000 rupee notes lose validity overnight!). Cryptocurrencies are currencies, just like the rupee, and the math of any transaction works out pretty much the same way. But a crypto isn’t dictated by any organisation or an individual. And we get this done by, yep you guessed it, blockchain ledgers!

“I was first introduced to bitcoin in school, by some of my friends. Fast-forward to 2nd year, I was a freelancer, and did projects for clients from different parts of the world. Now I wasn’t very comfortable with sharing my personal details with these people, like the Aadhar number, PAN number. So I went for payments in crypto, I used to receive the amount in my hardware wallet, and I could liquidate it when I went to Kolkata.”

“Decentralization is increasing at a really fast pace, with the advent of Web3, and greater understanding and concern for privacy we’re seeing a paradigm shift. Blockchain is seeing widespread use, from a software backend to the minting of birth-certificates for a country in Africa.”

The internet as we know it is changing fast. Decentralisation and blockchain technologies will play an even greater role in the days to come. But what happens to the companies which are running the web right now? Here's what Srinidhi has to say.

“The big corporations will change the way they operate, although we can safely say they’ll be there for quite some time to come. The applications will be decentralised, and will run off of a blockchain backend. We can imagine this as the famous social media platform being a layer over the data resting on the blockchain”

At Flippy, investment in crypto becomes simple and accessible for all. They have come up with the concept of thematic investment baskets, each basket containing a group of cryptocurrencies, which conform to a ‘theme’ that’s tangible and easy to understand. Flippy is actively aiming “For bringing the experiences that people can get for what they own”. I also asked about the prospects of bringing NFTs in the game. NFTs or non-fungible tokens are something unique, and their value is derived from the ownership. A block contains the owner’s signature as well as the address to where it's hosted, and the address has to remain unchanged, forever! Now NFTs can open a whole world of experiences, especially now as we're moving towards a world of Metaverse and virtual-reality.

"You can imagine a custom weapon, or an armor, or something like that, being transacted as an NFTs, and owning it unlocks that part of a game. This can be one of the many ways in which NFTs furnish us with these experiences. We won't be introducing something (to Flippy) that can be economically detrimental, there is no uniform algorithm for pricing NFTs as of now. And that adds a whole new layer of instability to them"

Hence it's fair to assume we won't be investing in NFTs on Flippy anytime soon. And as for the metaverse and all the impending questions as to how the internet will shape itself in the wake of the growth of metaverse as well as decentralisation,

But what about the environmental impact of all this? There has been a growing concern regarding the energy intensiveness of the current crypto mining practices "The people in tech are smart, there are already feasible alternatives to Proof-of-Work, like Proof-of-Stake, and hence the environmental impact at least won't be a bottleneck.". Even after my conversation with him, the future remains shrouded to my eyes, everything is uncertain, there's no telling how the next decade will shape our lives, and how fast it will happen. All I know is, things are progressing, and so is the common man! 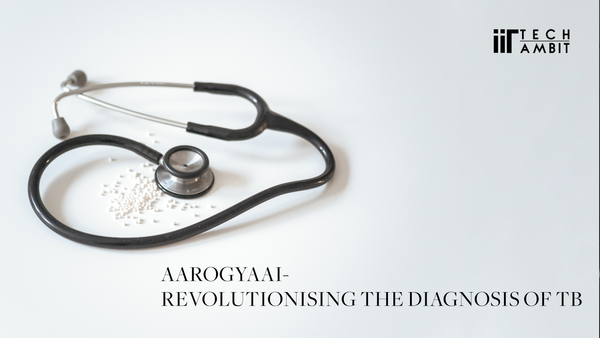 In a growing India that is trying hard to improvise its healthcare infrastructure and technology, TB is a major challenge. AarogyaAI is all set to take a step forward with a new and unique way to diagnose the type of the disease. In this particular article, we explore how! 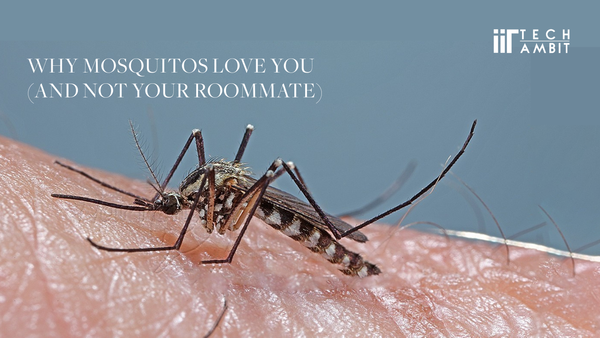 Ever wondered why mosquitoes adore you and not your roommate? Find out with us, as we learn about MORE, the dataset created at IITK by compiling 170 different studies on the topic.