India has the highest tuberculosis burden of any country in the world, accounting for an estimated one-fifth of global TB cases worldwide. It is broadly categorized as drug-resistant or susceptible. A patient is drug-resistant if the bacteria that the person is infected with will not respond; that is, they are resistant to at least one of the main TB drugs. India had an estimated 2.64 million TB cases, of which around 130,000 were drug-resistant TB cases in 2021. Just 44% or approximately 58,500 of the estimated multidrug-resistant cases were diagnosed. Of these, 46,500 or roughly 35% of patients received treatment.

Drug susceptibility testing is used to determine if a person has drug-resistant TB. That means finding out which drugs the TB bacteria in their body are sensitive to. It is essential to find out a patient's drug resistance early to provide effective TB treatment.

Historically drug susceptibility testing has been done through culturing bacteria. It needs specific laboratory facilities and trained personnel, in addition to being a very lengthy process.

In our interview with Avlokita Tiwari, one of the co-founders of AarogyaAI, we made an attempt to get more insight into the building and working of this fast-growing startup.

Avlokita and Praapti first met in THSTI, Faridabad, while both of them were working and doing research for a Tuberculosis lab. A few years later, in an almost casual conversation, the idea of starting a company in diagnostics was born. Hot topics like AMR (anti-microbial resistance) and antibiotic combinations appealed to them. Moreover, their biotechnology, computation, AI and ML knowledge would be a boon in building this startup. The initial funding for the company and the idea was from Entrepreneur First, a Bangalore-based company that encourages startups and businesses in their growth stages.

We must understand here that genomic data is cumbersome and vast, and applying AI-ML to it could become taxing and time-taking, given the computational restraints encountered. This significant challenge had to be overcome to bring the idea to life. It wasn't easy, and it took time to get that rolling. Building the pipeline - bioinformatics - AI - ML and looking for the model that was best suited to compute the data set was a laborious process. Interestingly, this startup has developed its model using a unique way of combining existing models, almost from scratch and on its own! Exciting, isn't it?

The idea is purely based on Science and R&D, making it harder to pitch to investors. However, government grants came to the rescue. Organisations like Niti Aayog helped keep the startup afloat enough to keep growing in times of low. Soon, ArogyaAI received the admiration of another investor, Illumina Accelerator. Giving the startup a much-required economic push to make an up-and-running prototype. Interestingly, the fact that Illumina Accelerator is a famous company working on genomic sequences brought a lot of knowledge and experience into this partnership!

Another challenge is the accuracy. In the medical domain, no amount of accuracy is ever sufficient, not even 99.9%. And, hence the run for better and more accurate algorithmic modifications is still on. However, we should realise and accept that something is better than nothing. So, every step closer to accuracy, is an achievement in itself!

The Feat of Success

Remarkably, the first prototype was up and running by March 2020, about a year after the company's inception. And from there, it has just been a story of growth and development. The product has gone through multiple trials and internal validations. Now AarogyaAI is in a stage where its product is going for external validation, within and outside India, to various hospitals and research facilities.

The company plans to scale big and wide in the forthcoming years, both in India and globally. Avlokita also remarks that AarogyaAI would not be limited to tuberculosis only; they soon plan to expand the scope of the startup. The company has already started its work in this domain!

Avlokita went on to acknowledge that bio-informatics is soon gaining a front stage. So many issues could be dealt with simply by the clever use of "data plus biology."

A sneak peek into the journey of Avlokita Tiwari

Avlokita did her B.Tech in BioTechnology and then worked in the tuberculosis research lab for THSTI, Faridabad, before moving to Finland to pursue her post-graduate degree. Avlokita was extremely clear about her decisions right from the beginning. She took a stand for herself right after college, denying the placements season and rejecting the desk job. She was pretty sure that she wanted to go ahead and do her thing in the research domain. She later did a research project in Japan too. This academic journey has been a stepping stone in her path of building AarogyaAI. She remarked that many ethical and moral values came her way, as she gladly recalls this beautiful journey! After all of the scientific learning, Avlokita faced an extremely steep learning curve when she stepped into entrepreneurship. It was an arduous but fun journey, with newer domains and undiscovered knowledge!

India has no dearth of talent. But most of this talent moves to work in various foreign nations. Avlokita encourages people who have innovative ideas to give their try at starting up. All that would be required is to learn to climb up the ropes of the startup ladder, and with sufficient guidance and mentorship, surely it will not be a challenging task. 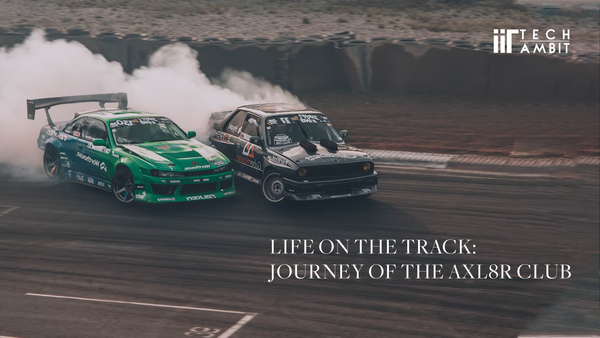 "After four years, an engineering student might be able to tell you the stress and strain of a bolt but may not know how to tighten it…" says an Axlr8r alumnus. 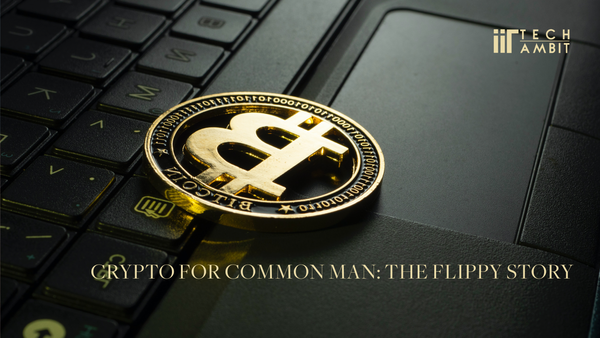 Cryptocurrency is all the rage these days (w  of the financial transactions, many of us maintain ledgers, detailing the credit and debit amounts, and who we transacted with. (Theoretical definition