Ever since the pandemic commenced, there has been a constant palpable anxiety amongst the masses regarding the virus. India witnessed its second wave outburst just recently, and thanks to the hospitality of the doctors as well as timely inoculations, the cases as well as the anxiety have been plummeting.  Two primary vaccines are being administered: namely Covaxin and Covishield manufactured by Barat Biotech and Serum Institute of India Ltd. respectively. With hundreds of thousands of people being vaccinated daily, India is congregating and fighting in unison against this formidable virus. India has administered nearly 187 million vaccines until May 20th (source: India has administered nearly 187mn Covid vaccine doses till now | Latest News India - Hindustan Times). Urban and Semi-urban areas are doing appreciably in vaccinating the residents. However, there are certain geographically remote locations difficult to access via road. This is where aerial assistance can be of utmost avail.

Introduction to a Flight Controller

Just what a CPU is to the computer, Flight Controller is to the drone. Their physical appearance almost resembles the motherboard of your computer. Often referred to as drone radio transmitter or the drone radio controller, evident from the names mentioned thereof, their means of working includes transmitting radio signals from the drone controller and obtained by the drone signal receiver.

The components depend extensively on the type of copter being employed. For instance, an octocopter will use more sensors than a general quadcopter. As far as the primary components are concerned, they can vary too based on the incentive and purpose of the build.

They can constitute of barometers for measuring barometric pressures and by extension measuring altitudes, or gyroscopes for defining orientation and angular velocity wherever required.

A magnetometer is a device susceptible to magnetic fluctuations, and hence is used to access direction information. One thing commonly interpreted incorrect is that a gyroscope is capable of providing directions. This is not true because it is used to ascertain the spontaneous orientation (or the deviation from a specific orientation) and hence highlights the significance of a magnetometer.

Infrared Transponders used infrared technology to render the location of the drone at a particular instant.

Universal Asynchronus Receiver/ Transmitter (abbreviated to UART) is a technology that enables effective communication of a Flight Controller with a certain external device. Its functioning can be assumed to be similar to a USB port.

Flash Memory is a form of semiconductor originated memory, which allows the user to electrically erase and reprogram its contents easily. It helps the pilot to record performance data directly into the copter.

STMicroelectronics32 or STM32 is a family of 32-bit microcontrollers used as flight controllers. A faster processor would execute smoother flight and easy management.

Drones are generally preferred because they can navigate with a relatively more ease as opposed to helicopter. In March, a group of ARK (Aerial Robotics Kharagpur, a research group of IIT Kharagpur) students were called back to campus for operational testing of a Hexacopter, vitally helpful in delivering vaccines to remote locations. The project had commenced in 2017, and they have been successful in devising the drone mentioned thereof. IIT Tech Ambit reached out to Yash Soni, a third-year undergraduate at IIT Kharagpur, as well as one of the team members of the ARK team, who answered some of our questions on this expedient contribution.

The drone is fully autonomous and only requires coordinates of the destination. Pixhawk Flight Controller was utilized for the project, powered by a 22000  mAh battery. For effective localization of the drone, it is equipped with two GPS modules. In order to attach the vaccine box to the drone, it also comprises of a custom hardware with gripping mechanism, augmented by a parachute module, should there be any possibility of failure. On being questioned of the Inter IIT Tech Meeting’s correspondence with the Vaccination drone, Yash highlighted the dissimilarities, stating that unlike in the former problem statement where we had a constrained environment and obstacle avoidance, the latter had other hardware related issues to sort out. “We had to choose the design of the drone so that it could travel long distances along with the medical box”, Yash said.

The team worked collaboratively with ICMR who fully funded this project. Yash told us that this project helped them in the domains of drone exploration and gain experience with the technology used in building the drone. The testing was administered at IIT Kharagpur’s campus almost every day throughout the month of May.

However, the team experienced issues occasionally which were later judiciously taken care of. “Occasionally there were damages to the drone parts during the testing. This halted the progress as we had to wait for the parts to get delivered. Sometimes it took as long as two weeks for the parts to get delivered”, Yash said on being inquired about the major issues encountered by their team.

For bigger missions, the drone was operated from the MG ground to the Helipad. That's roughly 800 metres. Through the meticulous efforts of the ARK team members under the supervision of Prof. Somesh Kumar, a very significant consequence was produced. IIT Tech Ambit congratulates the entire team for their commendably functioning drone and wishes them all the best for their future endeavors. 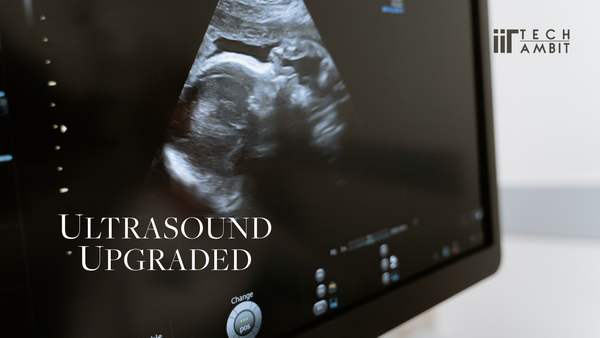 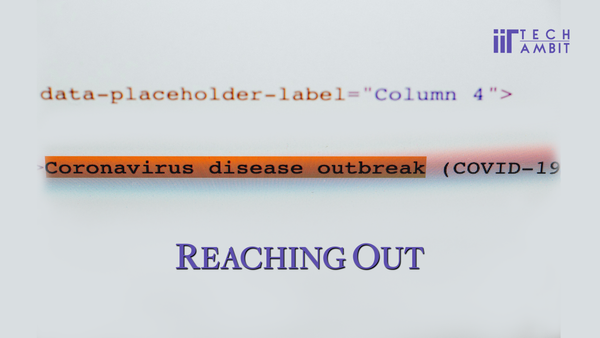 This article follows the journey of a group of students from IIT Guwahati on to build a solution to address the resource scarcity and supply in the recent 2nd Covid-19 peak, which received recognition and use from the Assam State Government.