One of the greatest physicists of all time, Albert Einstein, said, “Creativity is intelligence having fun.” What is creativity in the most scientific sense? It is the dexterity to create things using skill and intelligence, being adaptive to resources available, and more than just having a cognitive aspect, it is also closely linked to personality and motivation. Rancho Labs, an ed-Tech start-up initiated in 2019 by IIT Delhi Alumni and Professors, aims to build such creative learning environment and channelize the potential of India’s children on the right path to aid them to accomplish their dreams in technology. With the world already in a virtual era, automation, programming, and artificial intelligence are the needs of the hour, and Rancho Labs works with this future insight.

Technology is no more just influencing instead driving the present world

“Once a new technology rolls over you, if you're not part of the steamroller, you're part of the road.” ~~Stewart Brand

Currently, the world is in a digital revolution. The students who are learning tech skills are quietly taking a lead over other students, as undoubtedly, career in any field ranging from industry to medicine in the future will require tech skills. Such technical skills are needed to adapt for tomorrow and make an individual a better problem solver, entrepreneur, and even a more eligible leader. Artificial intelligence, robotics, machine learning, programming, and space research have become pivotal building blocks of the future owing to their capability to bring about tremendous changes in any field. And this transformative environment has also led to many students developing a keen interest in this domain.

Embarking on a mission

“A journey of a thousand miles begins with a single step.” ~~Lao Tzu

While talking to the founder of Rancho Labs, Anshul Agarwal, who graduated from IIT Delhi in 2021, he shares his story and all experiences he had gained before this start-up. Since childhood, a keen space science lover, Anshul says, “I was interested in space science during my primary and secondary school years and used to follow NASA and ISRO. Although I was passionate about this field, it was challenging for me to follow my passion due to limited options. Thus gradually, my passion died down, and I again became involved in the routine academics as every student does.” Hailing from Kota and being interested in mathematics and science, he too prepared for JEE but was a bit unsatisfied about what he was pursuing and what he coveted. “My second interest was in the field of entrepreneurship, and I wanted to build something that could make an impact on lives of people. I was in a dilemma even four months before JEE about what path I should opt for. But the fabulous entrepreneurship culture at IIT Delhi and Bombay motivated me to get serious for JEE.” He got into the industrial and production department at IIT Delhi. He believes, “If you follow something of your passion, then you will be two steps ahead than the rest of the people in the segment.” “So, I got involved in various start-up-related activities from the first year itself. In the summers post my first year, I, along with my friend, worked on a Food Delivery idea and collaborated with a restaurant at IIT Delhi. Our product was doing well in its beta phase itself, and we had even formed an outstanding team across the campus; and even UI, UX for our application was done and dusted, but what lacked was satisfaction in this domain. We thought we can’t spend 10 years that is approx. 1/6th of our lives in this venture.” Moving forward, he did not shy away exploring varied domains, ranging from paid counselling sessions for JEE on social media to developing a biodegradable product that could help the problem of carrying popcorn and cold drinks together while in stadium or cinema halls. But unfortunately, due to some circumstances it could not be patented. Even Anshul was not ardent to follow it as he wanted to work on something big, and there the idea of Rancho Labs came to his mind, and he and Aman Kumar founded Rancho labs.

“In 18 years of education in India, we primarily focus on theoretical aspects, and the passion of those interested in practical knowledge gradually dies down. We want to transform this culture radically and want students to innovate early so that they can shape their career, the way they desire”~~Anshul Agarwal

Anshul not being able to try some things out in his field of interest during his childhood, fuelled his passion to establish Rancho Labs. It commenced its operations in December 2019. The founders have an ambition to ameliorate the standards of education in India.

The name Rancho Labs, too, has a story to tell. One of the landmark movies of Bollywood “3 Idiots”, had a character “Rancho” played by Aamir Khan. The movie materialized the character as someone passionate about tech skills who did not follow the rat race at college. The founders had similar ideas on company goals. “The name was so catchy that one of our entrepreneurship professors, Nakul Gupta sir at DMS IIT Delhi told us to straight away buy the domain for the site,” says Anshul as he talks about how some professors at IIT Delhi assisted them.

The company got officially instituted in Feb 2020, and before the pandemic, they could conduct 2-3 workshops and camps. The first workshop was conducted in Kota, Rajasthan. The team members also conducted a pre-tryst workshop in collaboration with TRYST, IIT Delhi, but then came pandemic, which halted such events further.

The entire country was in a state of discomposure when the pandemic began raging the country. “Lockdown was imposed, and we could not continue our work of the company. Although the number of cases at that time was less, we decided to build a community to figure out feasible solutions of some problems that we could resolve”, says Anshul. So, team Rancho Labs and some other students of IIT Delhi and other colleges across the country worked on different problem statements.

They devised a medical facility tracker which was primarily used for bed tracking. The team developed a web app pertaining to it. It was brought into action by Delhi Government on 2nd June 2020, and then gradually, even more states endorsed this tracker. The team worked for around one month for this noble cause, but it was very dispiriting as covid cases continued to surge due to various factors.

What a course at Rancho Labs has to offer?

The start-up launched its first robotics course during mid-April when Anshul, Aman, and a few more IIT Delhi students like Rohan Yuttham, the coordinator at Robotics club IITD, were mentoring students. Due to the pandemic, many parents and students got interested in the course, but soon the start-up shifted its entire focus on thoroughly structuring and accessorizing the website. In the interview, Anshul discusses, “We gave a lot of thought process, as considerable time as of 5 months to completely model the website and decide the curriculum. Although I feel we should have continued acquiring customers at that time. During October and November, school exams keep the students on the hop, so it was in February that our customer base began to thrive.”

With more than 8000 students associated with Rancho Labs in different programs, Rancho Labs has a very planned curriculum as per varied requisites of students at different learning levels. Talking about how the curriculum of various courses was designed, Anshul says, “We have a 3-stage teaching process of learn, build and innovate. We ensure that apart from learning theoretical aspects of any topic, a student has an opportunity to work in any project based on his ideas.” Owing to this meticulously designed curriculum and nurturing of innovative ideas among students, there have been some fabulous projects by students at Rancho Labs, for instance, Bed-o-boat (a smart bed which converts into a boat during floods by Siddharth Kumar Gopal), Intuitive sanitizing tunnel (to kill bacteria and viruses using UV rays by Aryan Verma) and many more cited on the website.

As Anshul details, “We have a 3-stage interview process to sort out the teachers, and the core team ensures that quality educators are part of Rancho Labs. Moreover, we want to give attention to every student; therefore, we keep our batch size small.” Apart from various courses, Rancho Labs offers opportunities to students to be part of their summer camp and Young Innovators program, where they can learn, build, and innovate with a pool of budding young minds.

Long term goals to be accomplished

“Our long-term goal is to alleviate the sense of dissatisfaction many people of India feel post their education. We want everybody to have at least tried their hands out for what they are curious about. Holistic development of a student can occur if he learns essential skills and carries the confidence gained from them to pursue his passion and come out with flying colors.”     ~~ Anshul Agarwal

The founders of the company believe that at some stage in the future, they would not only mentor students for tech skills but entire holistic development. The members of Rancho Labs consistently strive to provide a quality experience to its customers and are paving their way out to accomplish their long-term aspirations. And rightly said by Alexander Graham Bell, “The only difference between success and failure is the ability to take action.” 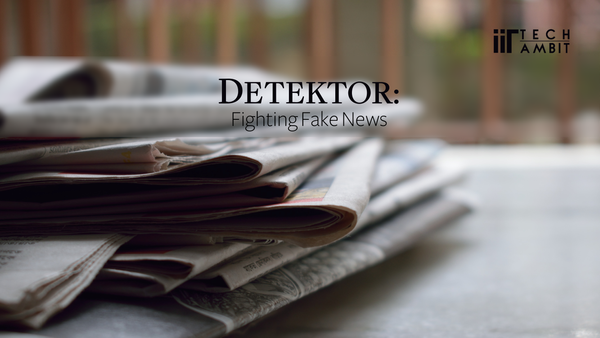 As the struggle against fake-news and misinformation goes on, 'Detektor' joins the fray. This chat-bot can provide instantaneous feedback on the accuracy of dubious claims, by a simple Whatsapp text. 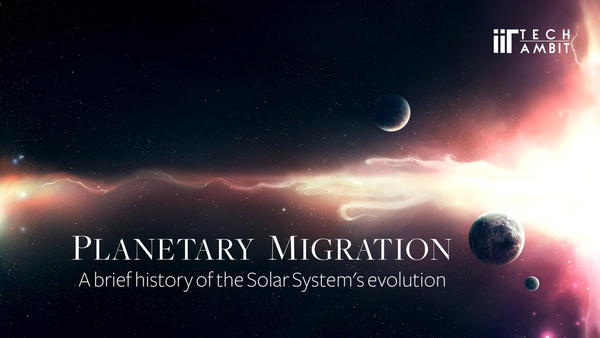 Since its birth 4.5 billion years ago, the Solar System has undergone many changes. One, which led to several of the peculiar features we observe today, is Migration.