Explosives are categorized into two main types- primary and secondary explosives. Primary explosives, examples of which are Lead Styphnate and Mercury Fulminate (the latter made famous by a scene in Breaking Bad) can detonate with very small stimuli, like short exposures to heat or a small impact. Secondary explosives, however, require more energy to begin their explosive reaction. 2,4,6-Trinitrotoluene (or more popularly, TNT) is a famous secondary chemical explosive. Secondary explosives, unlike their more volatile counterparts, can be stored and transported easily, which makes their detection crucial to security and anti-terrorism.

A certain class of compounds, called Nitroaromatic compounds are categorized as powerful secondary explosives, due to the large speed at which the explosive reaction travels through the substance. A commonly used explosive, TNT is a Nitroaromatic Compound. Another Nitroaromatic compound- Picric acid poses a peculiar problem: picric acid is easily available to civilians, owing to its uses as a yellow dye and as a reagent in the pharmaceutical industry, but can be used as a powerful explosive. Picric acid can also contaminate the environment and is toxic to living organisms, which is another source of concern that makes its detection, even in trace quantities an important problem to solve.

Dr. Sankarasekaran Shanmugaraju, from the Department of Chemistry, IIT Palakkad rose to the challenge and synthesised a covalent organic polymer, which was named 4-amino-1,8-naphthalimide-Tröger’s Base functionalized pyridinium Covalent Organic Polymer, or TBNap-COP for short. TBNap-COP is easy to synthesize in high yields and can selectively detect picric acid even when the latter is in small concentrations. TBNap-COP has the property of glowing in the dark and losing its fluorescence when introduced to Picric Acid. This makes it an excellent tool for the detection of harmful explosives.

How it all works

TBNap-COP is an organic polymer - a compound composed of a repeating unit- called its monomer. Each monomer unit, at its center, has two Nitrogen atoms, each with a lone pair of electrons. Attached to these Nitrogen atoms are two benzene rings, to which are attached a Nitrogen and two double bonded oxygen atoms (shown in orange in the below diagram). These Nitrogen and double-bonded oxygen atoms (the orange ones in the diagram) are an electron-withdrawing group. They have a strong affinity for electrons and pull away the negative charge from the lone pair of the central nitrogen atom. In the process of migrating to the electron-withdrawing group, the electrons lose energy- energy that is emitted in the form of light, rendering the polymer fluorescent.

When Picric acid comes in contact with TBNap-COP, it nestles itself in it, the monomer’s V-shape being conducive to the process. Picric acid, like the Nitrogen and Oxygen atom, is electron deficient. It attracts the lone pair of the central Nitrogen atom, hindering its availability to the electron-withdrawing group in the monomer. Since the polymer’s fluorescence is due to the movement of negative charge from the central Nitrogen atom to the monomer’s periphery, the compound stops glowing, because of the picric acid molecule attracting the electrons towards itself. Hence, the disappearance of the fluorescence is an indicator for the presence of Picric acid.

What makes this so good

The synthesis of polymers in good yields is, in general, not an easy task. Polymers are created when molecules form long chains with each other. This process of chain-forming, however, can get inadvertently terminated, leaving impurities in the form of oligomers (chains of around 10 molecules) and unreacted monomers. Many chemical reactions also require expensive catalysts, like Platinum or Palladium, which can make large-scale commercial manufacture a challenge.

TBNap-COP, however, doesn’t suffer from these problems. The proportion of reagents in its manufacture have been finely tuned to ensure up to 70 percent of polymer yield. Its manufacturing process also doesn’t use any expensive catalysts. But all this would be for naught if it weren’t for the polymer’s excellence in acting as a sensor.

A good chemical sensor should have two properties- it should be sensitive- able to detect its target in small quantities and should be selective- should not be triggered by anything other than the target compound. Lab testing of TBNap-COP has shown that it excellently satisfies these properties! Another advantage of TBNap-COP is that it is reusable: TBNap-COP is water-soluble, unlike picric acid. As a result, the sensor, after use, can just be washed with water, which will dissolve the polymer, leaving the picric acid behind. Its re-usability provides a cost-effective way to do multiple tests before a sensor has to be disposed of.

To put their discovery to use, Dr. Shanmugaraju and the Department of Chemistry is working closely with the experts from Engineering divisions of IIT Palakkad to implement TBNap-COP in a portable device that can be used by security officials. The device, once fully developed, will streamline security procedures everywhere. The discovery of this polymer has a lot in store in the fight against terrorism! 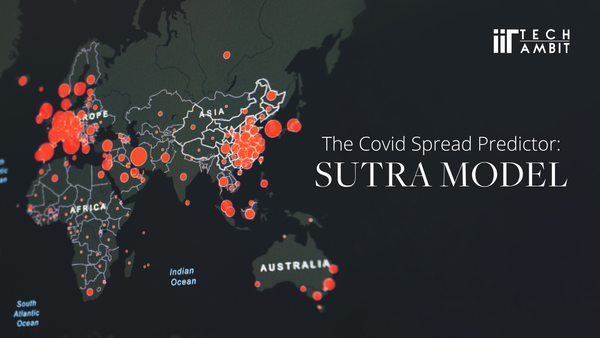 The SUTRA model, developed by professors across different IITs, aims to accurately predict the spread of COVID-19 and the possibility of a third wave. 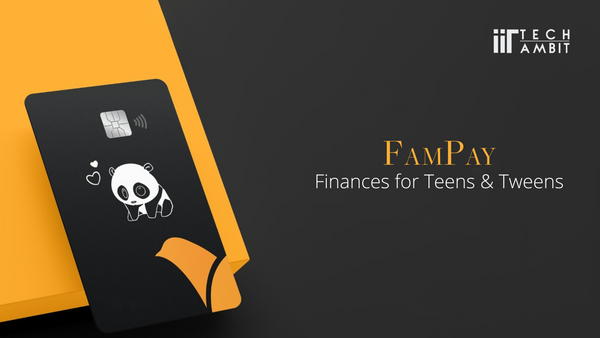 FamPay is a fintech startup that ventures finance in a novel way by designing products specifically for GenZ. Its founders, Sambhav Jain and Kush Taneja, who featured among Forbes 30 under 30 Asia 2021, discuss their fabulous entrepreneurship journey.