The words ‘medical examination’ tend to conjure up images of sharp, glinting needles and test tubes full of blood. What if there was a way to get a comprehensive analysis of your current health without any invasive needles, blood, urine or stool involved? An electronic nose is an intelligent sensing device that uses an array of gas sensors, along with a pattern reorganization component which could help identify ailments simply by analyzing breath samples. Utilization of exhaled breath VOCs (volatile organic compounds) for disease diagnostics dates back to ancient Greece. The fruity smell of diabetic ketoacidosis and the fishy smell of liver illnesses were used to identify them. There was also an interesting story in recent news of how a lady, Joy Milne, was able to smell her husband’s Parkinson’s disease, long before any medical diagnosis!

What is an eNose and how does it work?

The basic idea of an electronic nose is that of a device so sensitive to smell that it could detect and analyze trace amounts of volatile compounds that could act as biomarkers for diseases, alert us to the presence of bio-chemical weapons, help ascertain the quality of goods and much more! Odors are composed of molecules which have corresponding receptors in the human nose. When a specific receptor receives a molecule it sends a signal to the brain and brain identifies the smell associated with that particular molecule. The electronic noses are similarly modelled. The eNose uses sensors as the receptors, which transmit signals to a program for processing. The instrument consists of sensor array, pattern reorganization modules, and headspace sampling, to generate signal pattern that are used for characterizing smells. The electronic nose consists of three major parts which are the sample delivery system, the detecting system and the computing system. The sample delivery system enables the generation of volatile compounds. The system then sends this head space into the detection system which consists of a group of sensors and is the reactive part of the instrument. When in contact with volatile compounds at that time the sensors react causing changes in electrical characteristics. Whenever the sensors detect any smell, a specific response is recorded and that signal is transmitted into a digital value in the computing system. The digital output generated by electronic nose sensors has to be analyzed. There are three main types of commercially available techniques: Graphical analysis is the simplest form of data reduction, useful for comparing unidentified samples with known specimens in reference libraries; Multivariate data analysis, which generates a set of techniques for analysis depending on whether or not the database of known samples has been built previously and Network analysis, the best-known analysis techniques used for commercially available eNoses. Sensors such as Metal oxide semiconductor (MOSFET), conducting polymers, quartz crystal microbalance, piezoelectric sensors and Metal Oxide sensors (MOS) are most commonly used. This technology has great potential in various fields such as environmental monitoring, food industry, detection of explosives, space research, development and research industries, quality control laboratories, detection of drugs and many more. In this article, however, we will focus mainly on eNoses in medical diagnostics and health monitoring.

Breath samples are collected from patients and transported to labs. The bags used to store these samples effect the VOCs so there is ongoing research on the best possible materials (i.e., ones which cause minimal reaction, are non-absorbent and so on). VOCs also vary across physiological factors such as age, gender, diet, exercise, sleep, ongoing medications, pregnancy etc. Several diagnostic studies have been carried out using eNoses in airway disease and lung cancer with good discriminatory power. As described, eNose technology has the potential to make a powerful screening tool for various pulmonary diseases. Some gases have been confirmed as the chemical markers of specific diseases. For example, asthma is indicated by the presence of pentane, ethane, 8-isoprostane, NO, ammonia and hydrogen peroxide; inflammatory bowel disease by pentane, ethane and propane and schizophrenia by carbon disulphide and pentane.  Electronic noses do not contribute to individual compound identification, instead disease separation occurs through recognition of different breath profiles, also known as ‘breath prints’ or ‘breath signatures’ using pattern recognition algorithms. eNoses don’t require highly skilled operators, and have a relatively quick operational time (results within minutes), with lower technical costs. Its readily implementable nature makes it more suited for point of care clinical testing compared to other technology modelled along the same idea. However, there are some disadvantages, mainly the inability to identify named compounds in complex mixtures, making it impossible to link back to metabolic processes and mechanistic pathways. Additionally, the breath signatures are highly influenced by environmental factors and water vapor. Further largescale pragmatic clinical trials are required to further validate their diagnostic capabilities. The limited sensor stability, inability to calibrate and the difficulty in mass generating identical sensors have hindered further translation of this technology to a real-world clinical setting.

“The technology will be very useful in future for applications in industry for indoor and outdoor environment monitoring and pollution control. Its application in breathomics, which is non-invasive disease detection using biomarkers in breath is a very exciting and upcoming field of research. Although, the eNose technology has a long way to go before it can be used in clinical application, it definitely has the potential to become a supporting technology for the traditional disease diagnostic tools in clinical setting.” she is quoted saying. 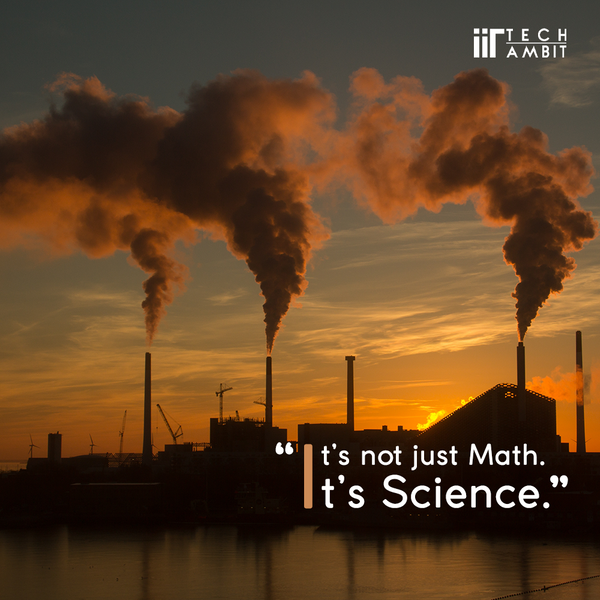 Metallurgical engineer turned nanotech researcher comes up with a way to decompose of dyes, one of the least talked-about harbingers of climate change: An exploration of photocatalytic degradation. 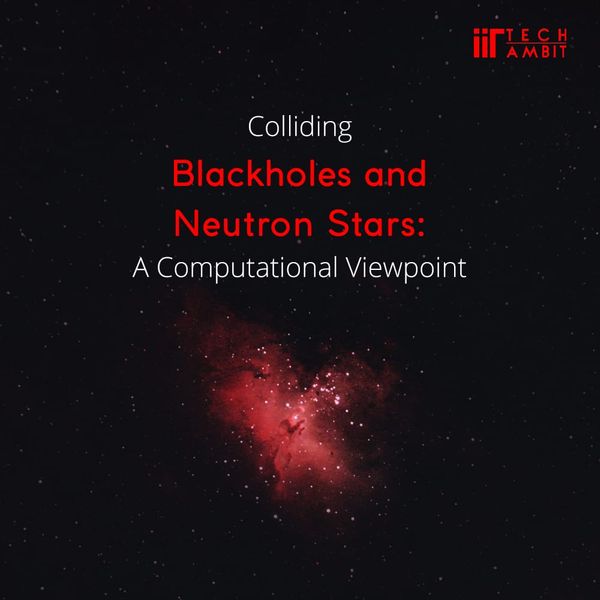 A sneak-peek into computational prowess that renders colliding black-holes and neutron-stars visible to human comprehension.